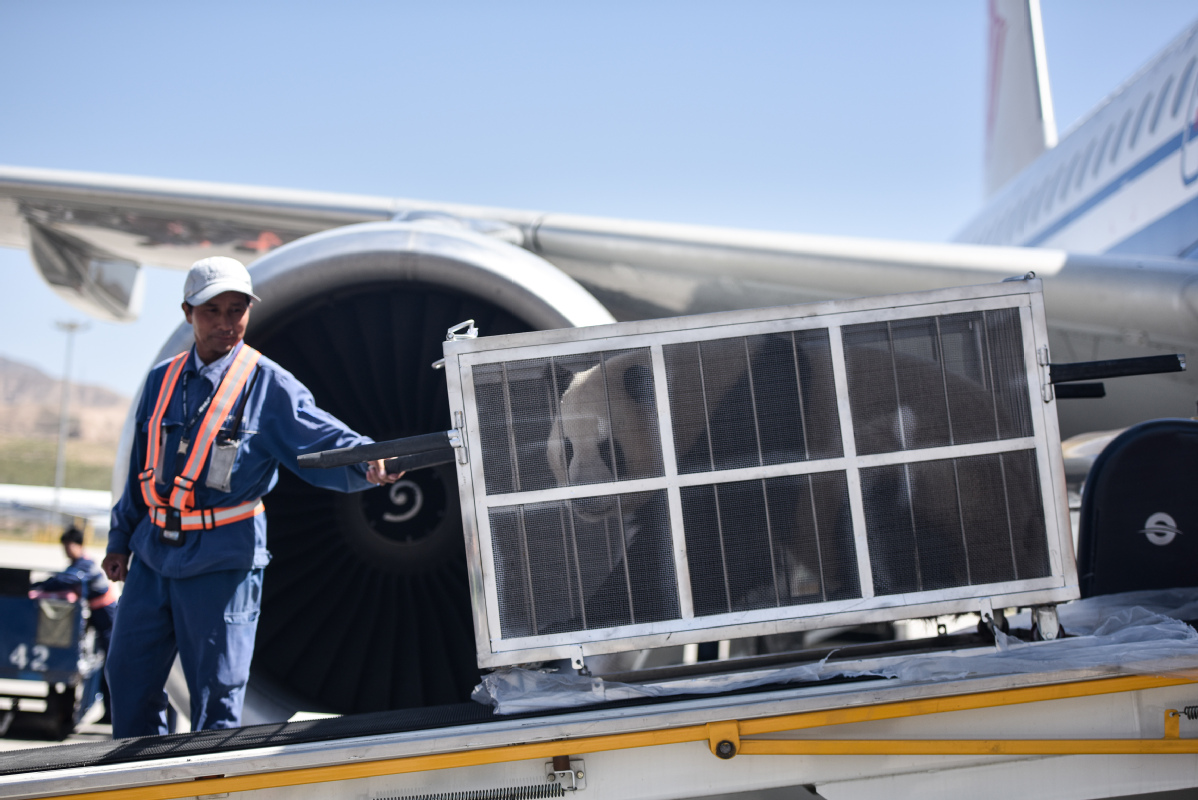 Two 3-year-old female giant pandas will arrive in Xining, Qinghai province, on Wednesday to join two other pandas, completing the first group of the animals to call the high-altitude plateau home.

Qiguo and Yuanman will join the other two from the Chengdu Research Base of Giant Panda Breeding that arrived on Monday to stay for three years in the Qinghai-Tibet Plateau Wildlife Zoo.

With the approval of the National Forestry and Grassland Administration, the zoo signed an agreement with the Chengdu base to borrow the four pandas to be exhibited in the zoo.

The cost is relatively low because the base cares more about educating locals, who would not otherwise have an opportunity to see pandas, about conservation of endangered species, said base chief Zhang Zhihe.

The altitude is almost the same as that of a base for training captive pandas to live in the wild in Yingjing county, Sichuan province.

Pandas from the Chengdu base feel at home in Yingjing, frolicking, foraging for food and seeking out a place to sleep, Wu said.

Before the arrival of Qiguo and Yuanman, Hexing, a 6-year-old male, and Shuangxin, an 8-year-old female, have already been making themselves at home on the plateau.

Hexing and Shuangxin will live separately in the Xining zoo as they are adults. Adults pandas stay together only during the mating season.

Juvenile bears Qiguo and Yuanman, who will occupy the same den, have lived together since birth and get along well, Wu said. The purpose of lending pandas of different ages is to let locals know the animals at different life stages, she said.

Fresh bamboo and bamboo shoots will be transported from Chengdu to Xining twice a week.

It is not unusual for zoos that can afford it to transport bamboo from other regions. The Calgary Zoo in Canada has imported bamboo from China, she said.

Public education and awareness of endangered animal conservation from visiting pandas is more important than the cost of bamboo transport, she said.

Nine zookeepers trained at the Chengdu base will take care of the four pandas.