Four habits of the frugal senior

By Hatty Liu | The World of Chinese

On July 18, a 70-year-old man in Hangzhou was hospitalized for a heatstroke caused by his refusal to use the air conditioner in 40-degree Celsius temperatures. He also, reportedly, wouldn’t let nurses change his IV bottle until he used every drop of the medicine—all in the name of frugality.

In 2017, a similar case in Jiangsu province resulted in the elderly patient’s death. In 2016, a hospital in Taizhou estimated that around 90 percent of their summer heatstroke patients are seniors too economical to turn on air conditioners and electric fans.

“Thriftiness is a traditional virtue,” Dr. Zheng Xiaoxing, psychology director at Beijing’s Ping’an Hospital, told the Beijing Evening News in 2016. According to Dr. Zheng, older generations have a “hoarding psychology” from experiencing war and famine in the last century, creating a generation gap with today’s youngsters. The explanation, though, doesn’t make excessive penny-pinching any less exasperating for younger family members and the general public, as shown in the following examples:

While many Chinese wish for more holidays, the Beijing Evening News quoted one man, surnamed Lin, who refused to visit home except during Spring Festival, because, he says, “my parents are cheaper than you can imagine.” 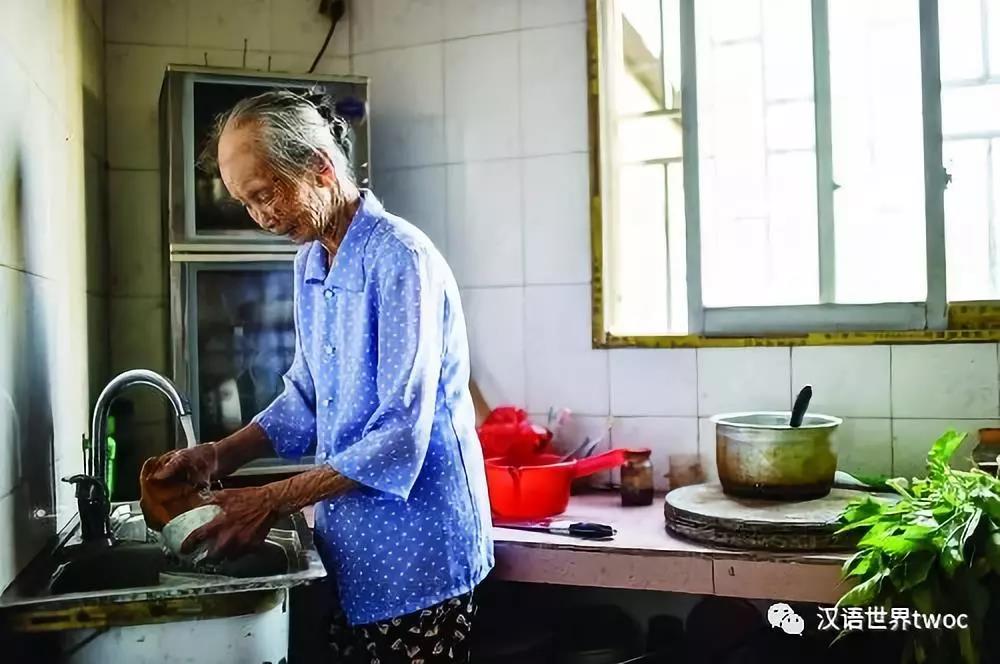 Water conservation is important to many seniors – but it is about saving money, rather than saving the environment (Guilinlife)

According to Mr. Lin, his parents’ thrifty habits included jerry-building a tap on their radiator to divert the water in the pipes for laundry (never mind that it’s industrial waste water, he claims), and making every family member wash their face with tepid water “warmed” in plastic Coke bottles on top of the radiator. Another of the paper’s subjects, Ms. Liang, reported that her mother flushed the toilet with leftover tea, laundry water, and water used for washing vegetables—which she stored in buckets for days on end, breeding insects and horrible smells in summer.

In 2015, a 75-year-old man collapsed roadside in Chongqing after walking 13 hours to get home from his daughter’s house. The previous morning, he’d traveled into the city four hours by bus, but missed the last bus home and did not want to splash 50 RMB on a taxi.

Similarly, in 2016, a 68-year-old migrant worker was found hitchhiking by a highway, after suffering exhaustion by attempting to walk 111 kilometers from Nanchang, Jiangxi province, to his hometown. Older farmers who walk or bike from the village to sell vegetables in China’s cities are commonly reported—though this may be due to habit or loneliness more than actual poverty, according to Jiangsu’s Yangzi Evening News, which noted that some of these seniors receive financial support from their children or the state. 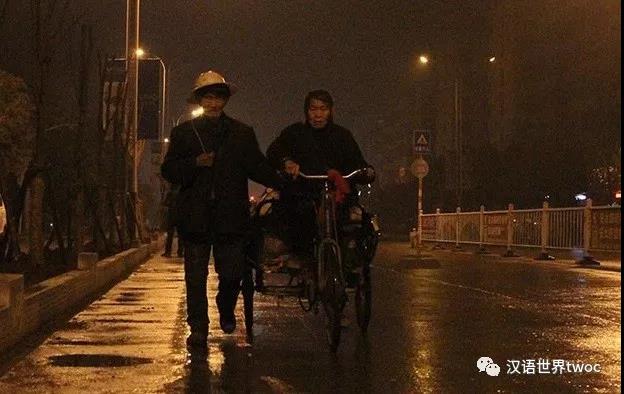 These octogenarians regularly set out before dawn to travel 7 kilometers to town to sell vegetables, according to Netease (163)

On the flip side, a Ms. Yin told Beijing Evening News that her mother-in-law, believing that prices are too high at the local supermarket, insists on riding the bus to outlying farmer’s markets to buy vegetables: “She probably spends more on bus tickets than she saves on groceries.”

In the above cases, the thrifty seniors are usually praised as exemplars (if frustrating ones) of self-sacrifice; the hospitalized Hangzhou man was allegedly saving money for his son’s marriage.

Less savory are the seniors who skim from other people’s resources when economizing their own needs. In 2017, Beijing’s Temple of Heaven installed face-scanning toilet paper dispensers to combat epidemic paper-theft by (mostly) middle-aged and elderly park visitors. According to park staff, a single bathroom could go through 4.3 rolls of toilet paper per hour; visitors were caught on camera stuffing entire rolls into their bags. 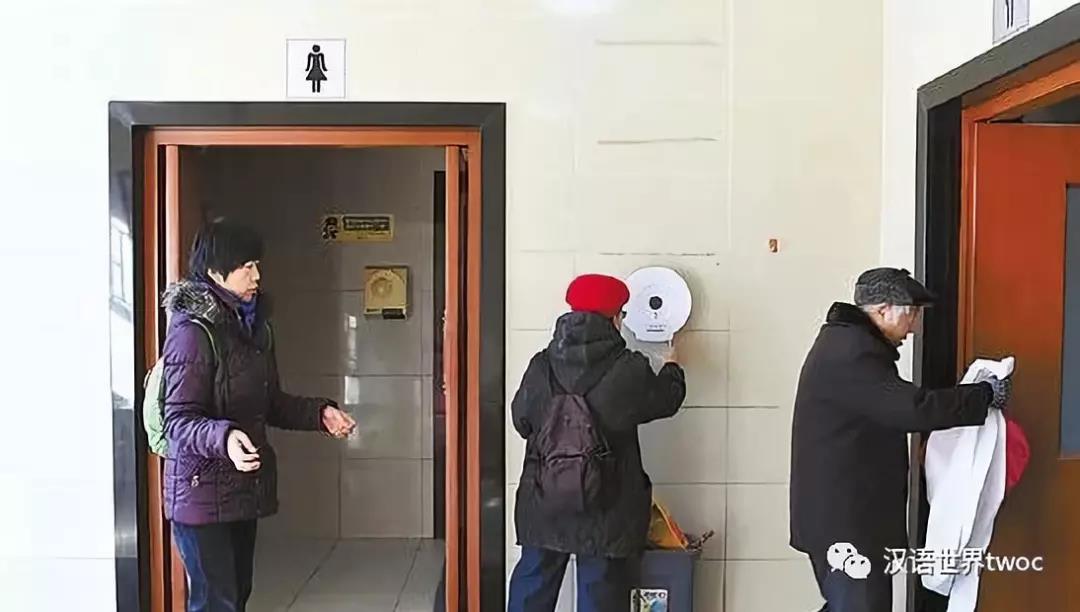 Caught on camera at the Temple of Heaven (Netease)

According to the Beijing Evening News, “leftover elderly” from China’s villages are among the major culprits, and only five cases of plundering were prosecuted between 2010 and 2015 due to poor law enforcement.

Some seniors are more honest and conscientious when collecting: China’s scrap recycling industry still relies to a large extent on humans going out to collect, sort, and sell. In 2012, the Dongjiang Daily of Huizhou (in Guangdong province) found that a number of the city’s “empty nest seniors” collect recyclables out of boredom—some even doing so for charity. 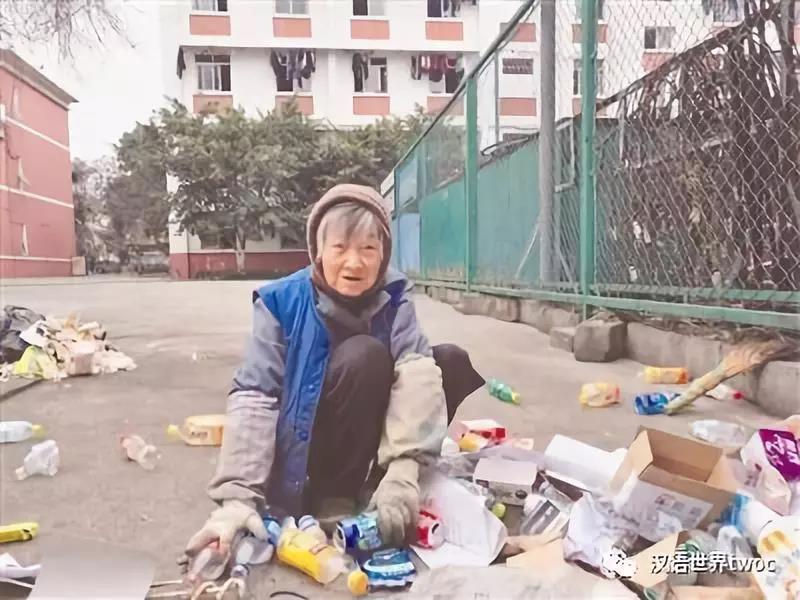 Ms. Yin, though, complained to the Beijing Evening News that her penny-pinching mother-in-law not only hoarded bottles to sell for a few extra kuai, but also once brought home a pair of discarded shoes “in pretty good condition” for her to wear.