The four irrigation systems, Dujiangyan, Lingqu, Jiangxiyan and Changqu, all represent the innovation of ancient China and are the best representatives of China’s agricultural history.

Dujiangyan is an ancient irrigation system in Dujiangyan, Sichuan. The irrigation system still works today after originally being constructed around 256 BC by the State of Qin as an irrigation and flood control project. The system's infrastructure was developed on the Min River. The construction of the Dujiangyan harnesses the river through a method of channeling and dividing the water rather than simply damming it. 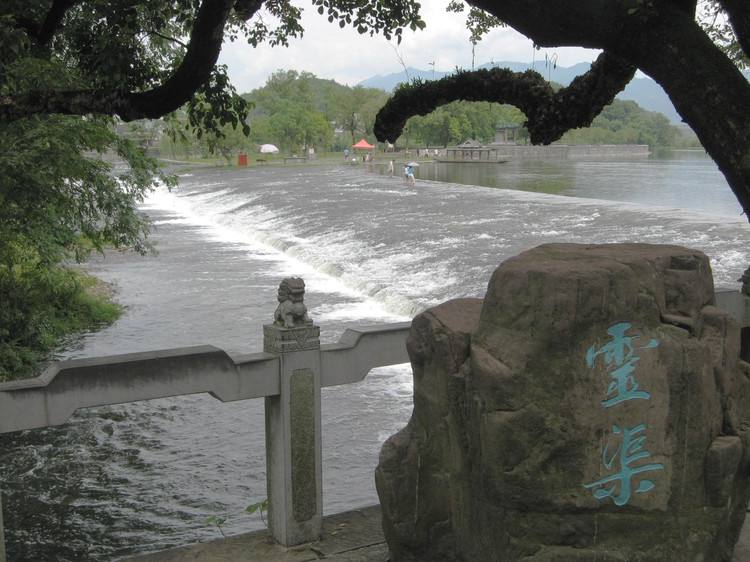 Lingqu is a canal located in Xing'an County, near Guilin, Guangxi Zhuang Autonomous Region. It connects the Xiang River (which flows north into the Yangtze) and the Li River (which flows south into the Gui River and Xi River), and thus is part of a historical waterway between the Yangtze and the Pearl River Delta. It was the first canal in the world to connect two river valleys and enabled boats to travel 2,000km (1,200mi) from Beijing to Hong Kong. Lingqu was excavated under the order from Qinshihuang, the first emperor of China in 214 BC. 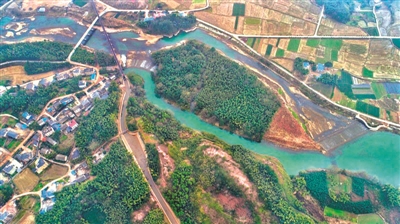 Jiangxiyan, constructed during the Yuan Dynasty in the 14th century, is an irrigation system based on the sandbank in the middle of the Lingshangang River in Longyou County, Zhejiang, which contains four main canals and 11 branches. Changqu, a 48km-long canal, was built by Sun Shuao from the Chu Kingdom, during the period of Warring States. Originally, it was excavated for military use, then for irrigational purpose.