With the completion of the concrete pouring on the left continuous girder, the Nanxi River Four-lane Large Bridge was successfully joined. This massive bridge, undertaken by the Fourth Bureau of China Railway, became another 100-meter high bridge after the Yuanjiang Bridge, laying a solid foundation for the smooth passage of beams for the whole railway. 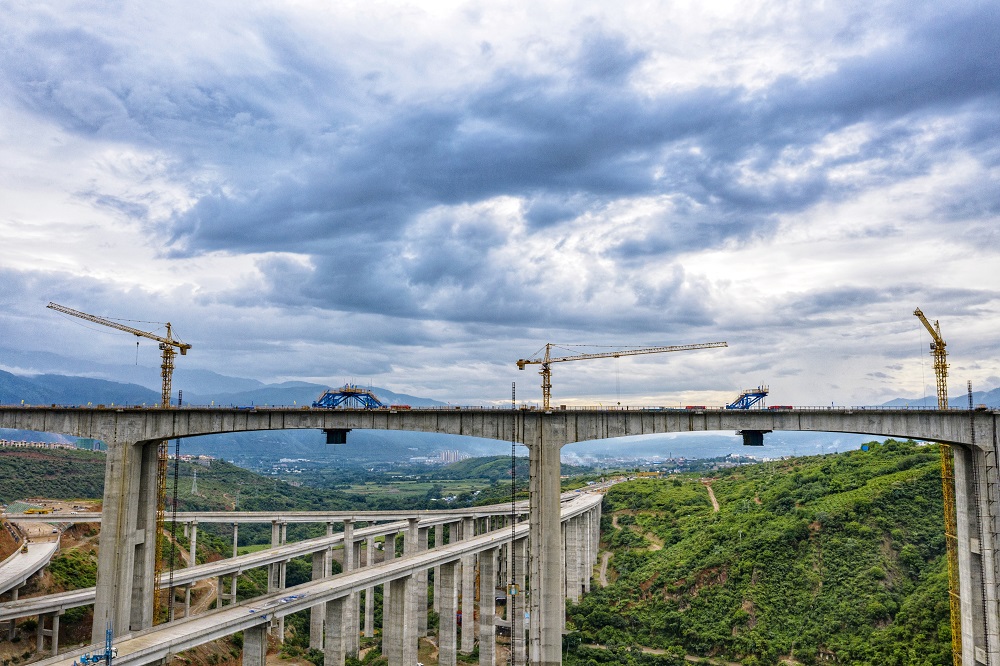 The Nanxi River Four-lane Large Bridge is a key project on the Yuxi-Mohan section of the China-Laos Railway, with a total length of 920.3 meters. It traverses the most complex geological area in China, with mountains and rivers crisscrossing, and cliffs and karst landforms fully developed. The section of Yuxi-Mohan is more than 500 kilometers long, and the Laotian section is more than 400 kilometers long, with a total bridge-tunnel ratio of 87 percent. In a word, this railway is either in a tunnel or in the air. 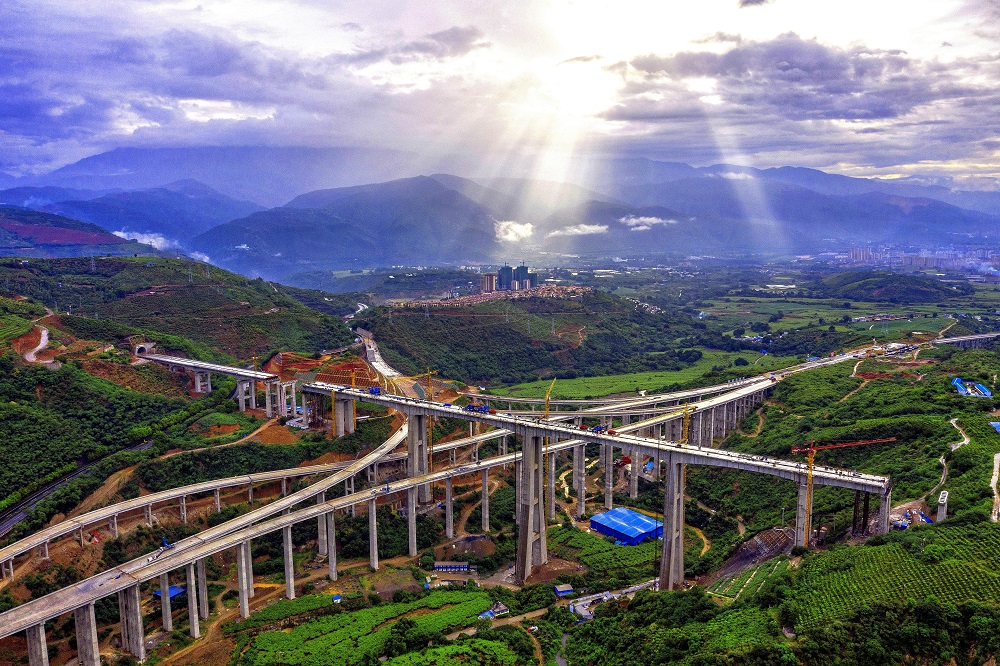 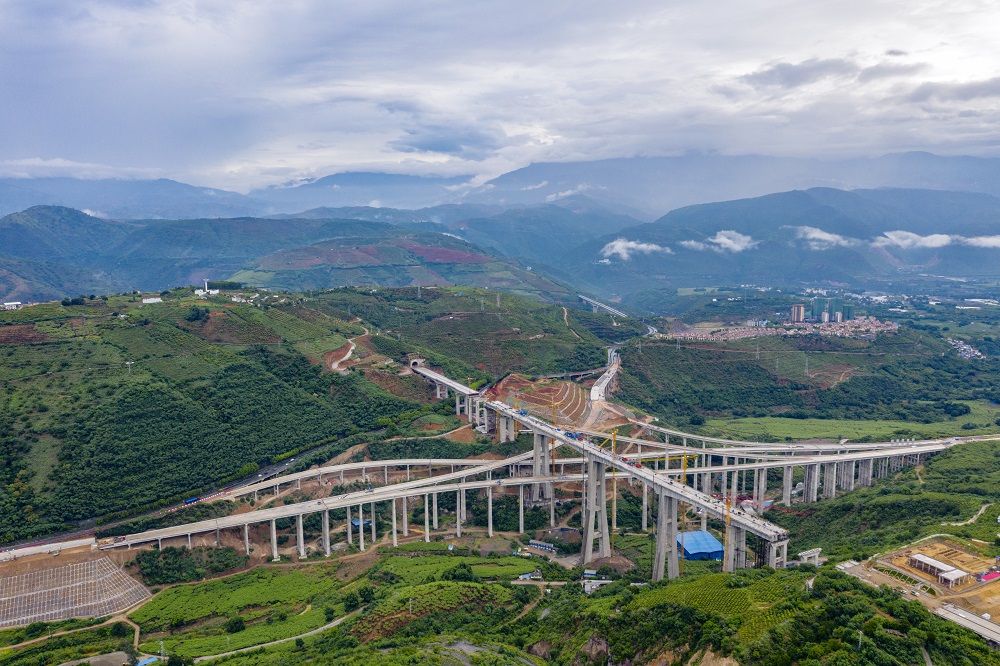 The China-Laos Railway is the first international railway invested and constructed by China as a mainstay, which adopts Chinese technical standards, uses Chinese equipment and is directly connected to the Chinese railway network after the Belt and Road initiative was put forward. The line is more than 1,000 kilometers in length. After its completion, it is expected that the entire route from Kunming, China to Vientiane, Laos, could be traveled within a day.

(Compiled by An Bowen and Wang Qin)