China's four megacities Beijing, Shanghai, Guangzhou and Shenzhen have driven the emergence and prosperity of the country's urban clusters, according to a report issued Tuesday. 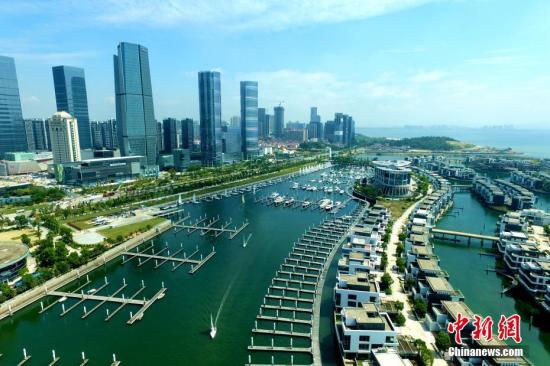 The four megacities, with Beijing in first place, played a strategic role in promoting economic development and social growth in three clusters.

Beijing, seen as the center of the Beijing-Tianjin-Hebei region, Shanghai as the head of the Yangtze River Economic Zone, and Shenzhen and Guangzhou as the center cities of the Guangdong-Hong Kong-Macao Greater Bay Area, have driven China's three urban agglomerations, and will probably help create new urban clusters, the report said.

Shenzhen has exceeded Guangzhou, the capital of Guangdong province, in overall economic development and enterprise development in the past 40 years, said Jin Jun, a partner with PwC's China strategic consulting department. However, Jin said Guangzhou will see huge development opportunity due to its beneficial regional place in the Guangdong-Hong Kong-Macau Greater Bay Area.

Hangzhou, Wuhan, Nanjing, Chengdu and Xiamen have made them the new engines promoting the development of Chinese urbanization, said the report.