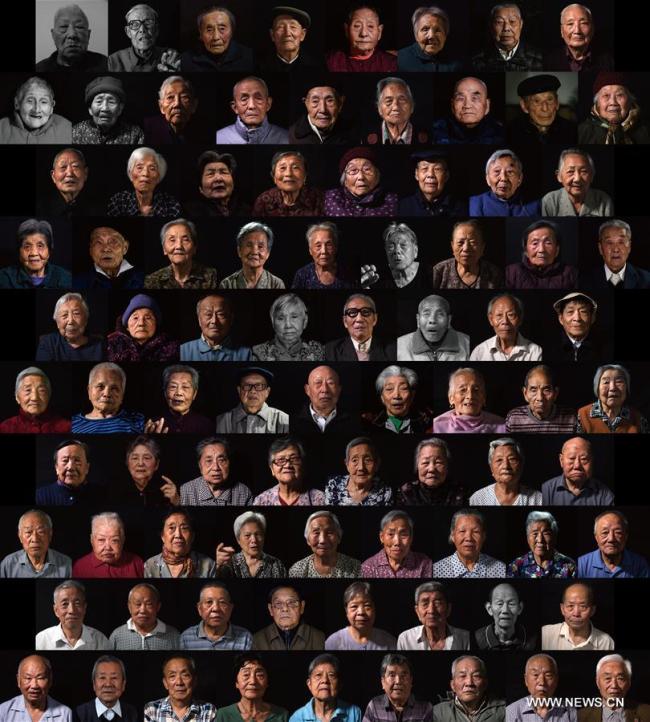 Four survivors of the 1937 Nanjing Massacre have died since the beginning of this year, putting the number of survivors at around 90, according to an assistance group.

In the 1980s, China started to register the survivors of the Nanjing Massacre, in which Japanese invaders slaughtered about 300,000 Chinese during a six-week rampage after they captured the city, which was China's capital at the time. Initially, more than 1,000 survivors were recorded.

"The death of each of them is the loss of our historical memory," said Zhang Jianjun, curator of the Memorial Hall of the Victims in Nanjing Massacre by Japanese Invaders.

Results of a study on the survivors' health announced late last year showed that they were weaker than elderly people who had not experienced the traumatic events.

The research, led by an institute dedicated to the Nanjing Massacre history and global peace under the memorial hall, studied 54 survivors and 60 senior citizens in a control group.

More than 30 percent of the surveyed survivors showed symptoms of post-traumatic stress disorder, according to Zhang.

Compared with those in the control group, many survivors felt lonelier, were more anxious and depressed, and had lower-quality sleep.

"It is clear that the pain has lingered for 80 years," Zhang said.

As the Chinese Lunar New Year approaches, around 100 volunteers will visit the survivors, bringing them gifts, from Feb. 3 to 14.