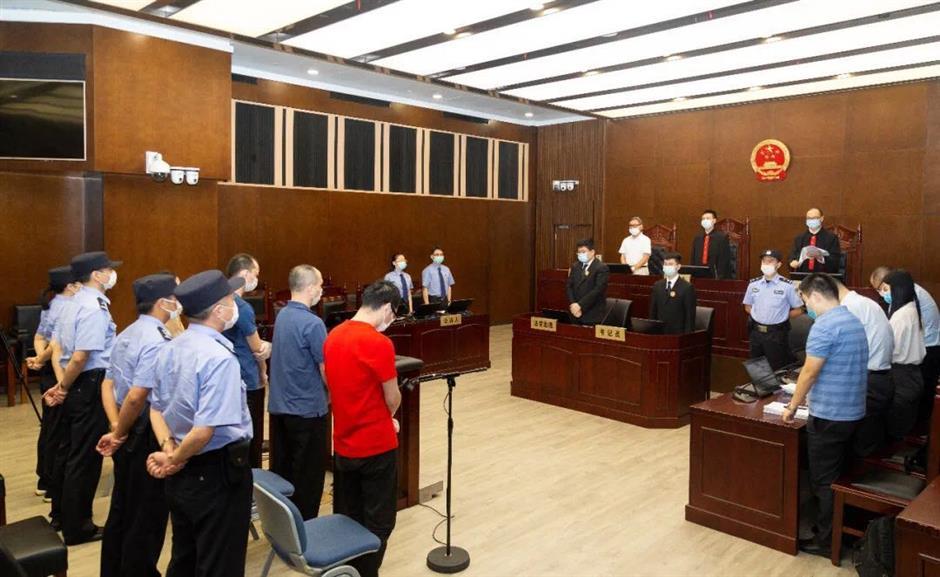 The hearing of an illegal fundraising case is held at Shanghai No. 1 Intermediate People's Court on Tuesday.

According to an investigation, a man named Lin Changli used his three financial companies for illegal fundraising with four core employees since August 2017.

They published fake investment projects on the Internet and promised annual interest rates of between 6 and 18 percent to investors, the Shanghai No. 1 Intermediate People's Court said.

They also held many offline activities such as trips and promotional meetings to attract investors.

It said the authorities are still recovering the lost money for the victims. It added that Lin hasn't been arrested yet and further investigation is ongoing.