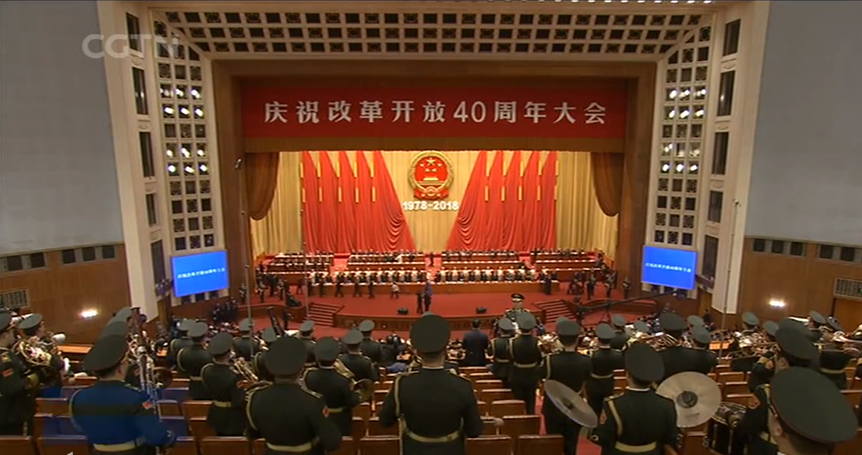 China held a grand gathering on Tuesday to celebrate the 40th anniversary of its reform and opening-up, a great campaign that has changed the destiny of the Chinese nation and influenced the world as well. (Photo: CGTN)

The CPC Central Committee and the State Council gave 100 Chinese medals as reform pioneers and 10 foreigners were honored with China Reform Friendship Medals.

Yao Ming, the current Chinese Basketball Association chairman, has dedicated himself to improving the influence of Chinese basketball and promoting sports communication between China and overseas.

Lang Ping, the head coach of the Chinese national women volleyball team, has led Team China in their gold medals at the 2016 Rio Olympics and the 2018 Asian Games.

The honorary IOC president made a great contribution to China who supported China's return to the International Olympic Committee and helped Beijing organize the 2008 Summer Olympics.