Freight traffic from China reaches a new record in Duisburg 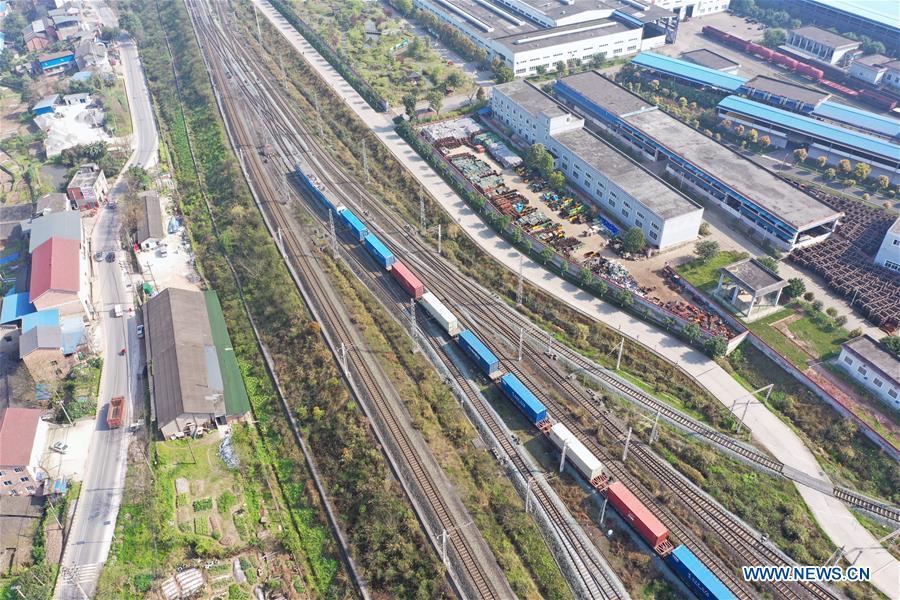 Berlin (People's Daily) - In the last month, rail-based freight traffic with China increased to approximately 50 trains a week, reaching a new record, according to the latest data released by the DuisPort Group on Wednesday.

Normally, between 35 and 40 trains travel between Duisburg and various destinations in China every week. This number had declined in February and March. But since the lockdown was lifted in some provinces, China's economy has quickly started up again.

“We are definitely noticing the catch-up effects resulting from the pandemic in the China business. But at the same time we've continued to work intensively on our network and in April we extended our train services to include further Chinese destinations. Our strategic cooperation with all of the relevant logistics hubs in China make rail transportation even more attractive for our customers. Currently, Duisburg is already one of the preferred destinations for Chinese rail freight transport in Europe. As a high-performance logistics hub, we also offer the market advantage of rapid onward transport to other destinations such as the seaports on the European coasts. It is particularly in our current crisis situation that rail freight becomes an important alternative to ocean freight,” said Duisport Chief Executive Officer Erich Staake.

Duisburg is considered a pioneer for rail freight between Europe and Asia. The first regular train from the Chinese megacity Chongqing to Duisburg started in 2011. In 2014, the Yuxinou railway, which runs from Chongqing to Europe via Xinjiang, became the first direct permanent rail connection between Germany and China. Since then, the number of freight trains traveling regularly between China and Duisburg has steadily increased: At this time, 30 percent of the entire rail-based trade between Europe and China runs through the Duisburg logistics hub. And of the 1,400 trains out of Chongqing that are destined for Europe, around 80 percent were handled in Duisburg last year — a number that continues to increase.

“I have to compliment my team: Our operations are running at 100 percent despite the pandemic. We were well prepared for the increased volume of goods transported by rail. We are also holding available additional storage space and customized solutions for onward transport. Thanks to our committed staff, our network also functions in times of crisis,” said Staake.