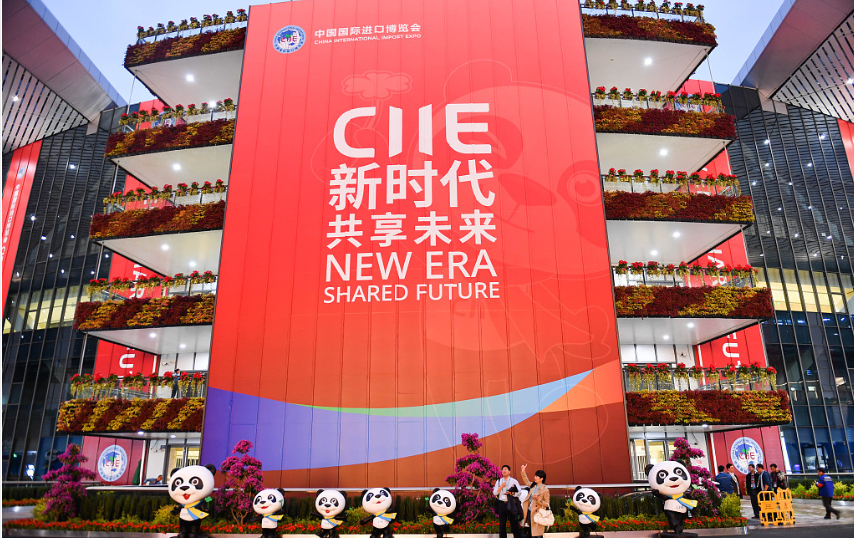 PARIS - French politicians and companies are looking forward to the second China International Import Expo (CIIE) this year, after benefiting from attending the first one in Shanghai in 2018.

"The China International Import Expo is not only a window opened by China for the import of products from all over the world, but also will play an active role in promoting the globalization of trade," L'Oreal China CEO Stephane Rinderknech told Xinhua.

"Participating in the first expo will play a positive role in the development of L'Oreal. At the second session, we plan to expand the booth area," he said.

On Jan 22, the second CIIE 2019 road show took place in Paris. During the event organized by the CIIE Bureau, the National Exhibition and Convention Center (Shanghai) and the Ministry of Commerce of China, more than 100 people from political and commercial sectors attended the conference.

Cosmetic Group L'Oreal and Lesaffre Group, which specializes in yeast and fermentation, shared their experiences and said that at the next expo, they hope to further develop the Chinese market.

This year marks the 55th anniversary of the establishment of the Sino-French diplomatic relations. China and France are committed to building an open global economy.

Further progress has been made and new opportunities to enhance pragmatic cooperation in the economic field have been revealed between the two countries.

In the fast track of consumption upgrading, China is expected to import more than $30 trillion worth of goods and $10 trillion worth of services over the next 15 years, which is not only a stable source for global economic growth, but also an important opportunity for the development of companies from all countries.

In his opening speech, Vice Minister of China's Ministry of Commerce Wang Bingnan presented new measures for the second CIIE and invited French entrepreneurs to participate in the exhibition with their competitive and specific products, techniques and services of good quality in order to share the bonus of China's development and bring more and better consumption choices to the Chinese people.

Through the CIIE, China will increase the level of liberalization, trade facilitation and the size of world trade, said Jinsong Yu, minister-counsellor of the Chinese embassy in France. Yu added that it will also open up new channels to boost trade and cooperation between China and other nations, and will accelerate the economy and trade of all countries for them to prosper as a whole.

Former French Prime Minister Jean-Pierre Raffarin said he has fond memories of the inaugural expo. "This is one of the most important trade activities in the world and will be an indispensable event in future world trade," Raffarin said.

He expects that French enterprises participating in the CIIE will be able to achieve better turnover and export more high-quality goods to China.

In 2018, the bilateral trade volume between China and France surpassed $60 billion for the first time, with a 15.5 percent increase compared with the year before.

France played an important role during the first CIIE. Minister of Agriculture Didier Guillaume, representing French President Emmanuel Macron, led a delegation of about 100 people and 69 French companies to the expo, which featured more than 10,000 square meters of booth area and a total turnover of $1.55 billion.

The French participants found enormous business opportunities after the success of the first CIIE. Christophe Boris, who represented the French Ministry of Economy and Finance, said the two countries will further strengthen market cooperation in the fields of finance, agriculture and aviation on the basis of mutual trust.

Stephane Meulemans, general manager of Fermentis, a branch of the Lesaffre Group, told Xinhua that the CIIE "is a very good platform, which, on the one hand, improves visibility, and on the other, allows us to create exchanges that enrich us in terms of innovation and the dynamics with which we want to make an impact on the Chinese market."

Meulemans expressed his optimism about the success of the second CIIE, saying, "We have decided to expand our participation and contribution to the CIIE."

Meuleman's sunny outlook for the second CIIE is echoed by other expo attendees. Zhang Li, head of the FIWA SAS company, which aims to develop the presence of wine in China, expressed her willingness to have a more important presence at the next CIIE. "We certainly need to increase the space of our booth by three," she said.