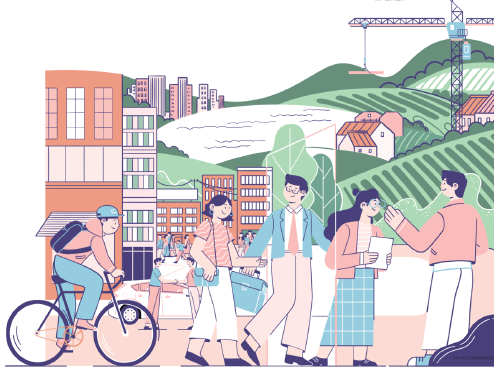 China has mapped out plans to enable freer movement of labor with measures to relax the household registration system for most cities.

The move is intended to further shore up economic growth and unleash the vitality of social development.

According to a guideline jointly rolled out by the general offices of the Communist Party of China Central Committee and the State Council on Wednesday, the country will adopt more steps to remove institutional barriers that block the social mobility of labor and talent.

It pledged to place "employment first" at the macro level of policies and create more opportunities for social mobility, with measures to support the growth of emerging sectors and reinvigorate traditional industries.

It also vowed to research ways to cope with the impact of robots and artificial intelligence on jobs.

To enable the easier flow of labor, the guideline called for cancellation of restrictions on access to household registration, also known as hukou, for urban cities with a residential population of less than 3 million. Conditions for obtaining hukou for cities with an urban population of 3 million to 5 million will also be relaxed.

For megacities with an urban population of over 5 million, the guideline said their hukou policies will be further streamlined to ensure the length of time an individual has paid his social insurance and his length of stay in the city are the main evaluation standards.

In China, the hukou ties the ability of residents to access public services, such as medical care and school education, to their household registration. Many migrant workers are unable to fully benefit from public services in the cities where they work and live due to population control policies.

An official with the Ministry of Human Resources and Social Security said on Wednesday that the reform is intended to remove institutional barriers so that each individual can progress through their own hard work.

"We need to ensure the right for free mobility of the labor force and talents, to attain their own personal goals," the official said, adding that it would be an arduous task to enable the free and orderly flow of the labor force.

The guideline pledged to make it easier to move between employers, especially for staff from the private sector and social organizations wanting to enter government service and State-owned enterprises.

The guideline highlighted the significance of refining the social security mechanism and preventing the weakening of social mobility.

It also vowed targeted poverty alleviation measures to prevent poverty from being passed down from generation to generation. These include steps to cope with the influence of changes in the external environment and industry structure on areas and groups that have just shaken off poverty.

To ensure education equality, the government will make sure that individuals with residential permits, generally issued to those without a hukou, can enjoy access to compulsory education in the areas where they live and work.

"In an ideal situation, the household registration system will only be significant in government statistics and will not be endowed with different treatments to public services such as education, social insurance, healthcare and public housing," he said.

However, he warned that the cancellation of hukou restrictions in small cities could pose both opportunities and challenges for farmers.

With a substantial number of farmers opting to live in counties and small cities, they might be faced with problems of not having enough work, unstable incomes and high prices.

Gui said it was important to support the development of industries in small cities and boost the supply of public services, including healthcare, as the new guideline is carried out.