CHINA Fresh round of China-US trade talks start in Washington

Fresh round of China-US trade talks start in Washington

WASHINGTON, Jan. 30 (Xinhua) -- China and the United States kicked off here on Wednesday morning a new round of high-level talks to address their differences on outstanding economic and trade issues. 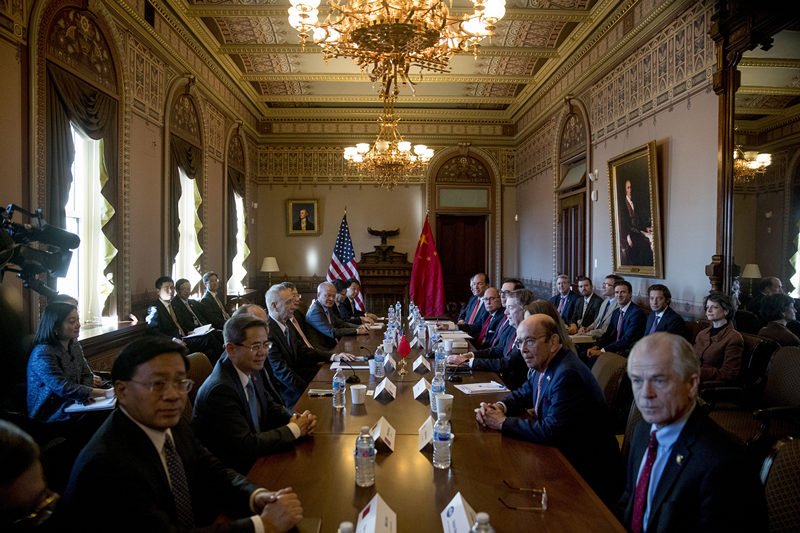 The talks, scheduled for two days, mark a significant step in the implementation of the important consensus reached by Chinese President Xi Jinping and US President Donald Trump during a working dinner in Buenos Aires, Argentina, on Dec. 1.

The two heads of state agreed back then that the two sides should try to reach a mutually beneficial and win-win agreement within 90 days to bring an early end to their months-long trade friction featuring massive tariffs on imports from each other.

The latest talks began shortly after 9 a.m. local time (1400 GMT) at the Eisenhower Executive Office Building, part of the White House complex, following a brief session open to the media.

All the discussions and negotiations, which are expected to last until Thursday afternoon, will be held behind closed doors.

The Chinese delegation, headed by Vice Premier Liu He, includes senior officials from major economic sectors of the Chinese government, while the US team is led by Trade Representative Robert Lighthizer and includes Treasury Secretary Steven Mnuchin, among others.

The White House has said that the US side welcomes the Chinese delegation, which arrived in Washington on Monday, and that Trump is scheduled to meet with Liu on Thursday.

The world is watching these talks closely, with many hoping for some substantial, positive progress to be made.

Analysts have warned that the lasting trade tension between the world's two largest economies would not only impact their own businesses, workers and consumers, but also stoke global market fears of uncertainty and disruption, and erode confidence in the long-term global economic growth.

While acknowledging that the talks will not be easy given the complexity and difficulty of certain issues in dispute, China maintains that there will be no insoluble problems between the two countries as long as they both keep the great benefits of cooperation in mind and show sincerity and mutual respect at the negotiating table.