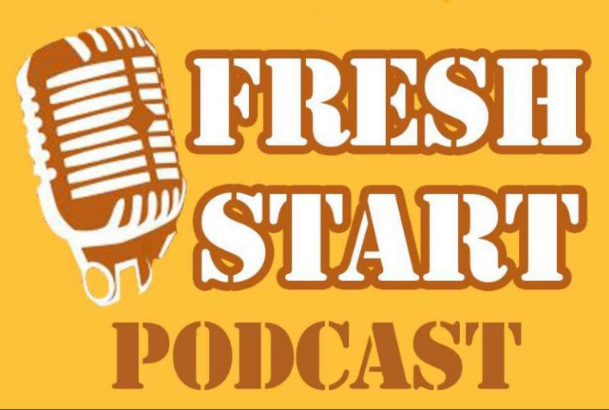 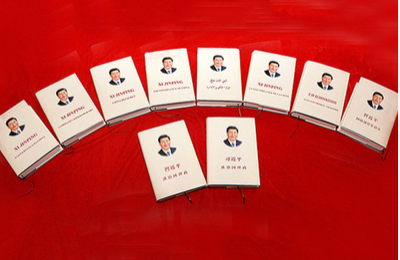 The second volume of "Xi Jinping: The Governance of China" has been a popular feature at the media center for China’s “Two Sessions” meetings.

"The books have been taken away from the table very quickly," said one media center official, adding that a total of 600 copies were prepared, including 400 in Chinese and 200 in English.

President Xi’s latest book contains 99 of his speeches, along with conversations, instructions, and letters, as well as 29 photos of the Chinese leader from August 18, 2014 to September 29, 2017.

The annual sessions of the national legislature and top political advisory body this year are expected to discuss the implementation of Xi Jinping's thought and the spirit of the Party Congress. (Xinhua) 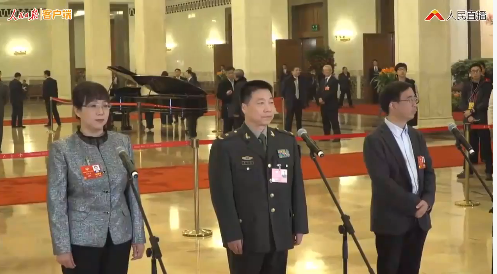 Zhao Hongwei, a CPPCC member and leading engineer at China Academy of Railway Sciences said at the Members' Passage that they would consider introducing smart CRH and EMU trains between Beijing and Zhangjiakou.

More energy-efficient and environment-friendly technologies and materials, as well as automatic driving, will be used on EMU trains, which means drivers can start, accelerate, or slow down at the push of a button. (People’s Daily app) 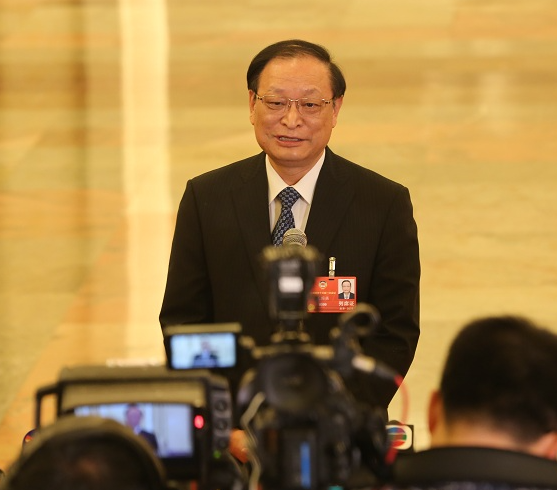 At the Ministers’ Passage at the Great Hall of the People on Saturday, Wang told reporters that TCM had been introduced in 183 countries and regions, including 86 governments which have TCM cooperation deals with China.

“There will be a time when TCM will be widely recognized,” Wang said. Access to other countries still faces some barriers, he said. 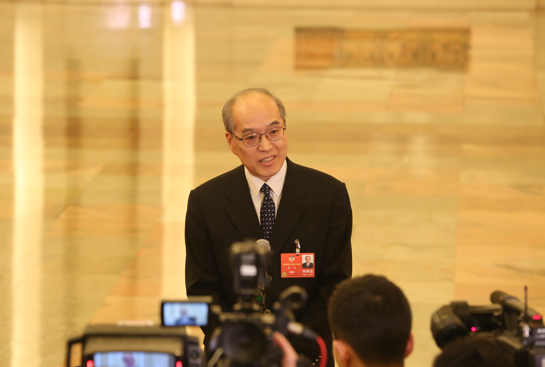 On Saturday at the Great Hall of the People in Beijing, China’s Justice Minister, Zhang Jun, announced a new measure that will allow prisoners to leave jail temporarily to visit their families.

"Prison is not a zoo. Animals cannot leave the zoo during their lifetime, but prisoners can when their sentences end.Prisoner education should be more adapted to society's needs. And we should let the traditional notion of filial

piety reform criminals," said Zhang.Zhang pointed out in an earlier test, more than 900 criminals returned to prison on time this year.

The justice minister said that an online platform is being set up to provide legal service for the public, which will become the legal version of Taobao. (People’s Daily app)

Putin tells US to send evidence of vote meddling 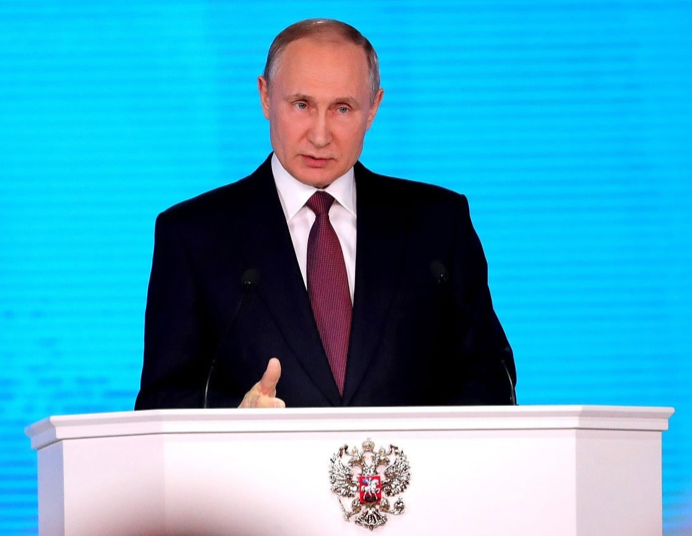 Russian President Vladimir Putin told Washington to send him hard evidence that his citizens meddled in US elections, mocking accusations to date as "yelling and hollering in the United States Congress."

The office of US Special Counsel Robert Mueller charged 13 Russians and three firms last month with interfering in the 2016 presidential vote as part of what it called a conspiracy to support Donald Trump and disparage Hillary Clinton."I have to see first what they’ve done. Give us materials, give us information," Putin said in an interview with NBC TV aired late on Friday, according to an English voice-over of his words.

"We cannot respond to that if they do not violate Russian laws," Putin told NBC’s Megyn Kelly when asked whether Moscow would take action against the named individuals. (Reuters)

Snowstorms shut down Ireland, Britain calls in army for hospitals 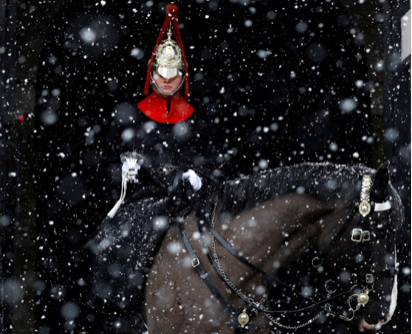 Snowstorms shut most of Ireland on Friday and forced Britain to call in the army to help battle some of the worst weather seen for nearly 30 years  After a blast of Siberian cold dubbed“the beast from the east,” southern Britain and

Ireland were battered by Storm Emma that arrived from the south and blocked roads, grounded planes and stopped trains.

At the peak of the storm, over 100,000 homes and businesses were left without power. (Reuters)

Man shoots himself outside White House 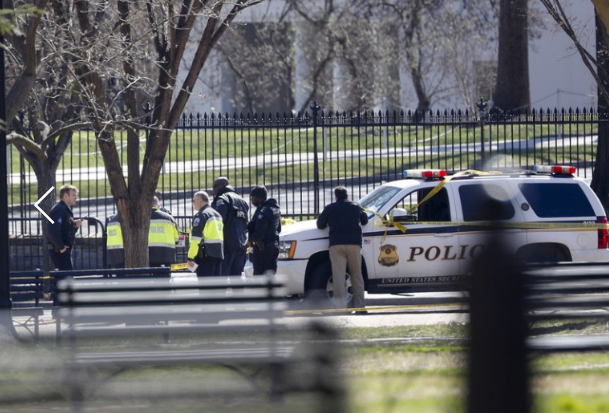 On Saturday around 12:00 pm a man shot himself in front of the White House.

The White House was immediately placed on lockdown and staff were ordered to remain inside.

US President Donald Trump was not at the White House at the time of the alleged shooting. It was reported that the president was at his Mar-a-Lago resort in Florida.

By mid-afternoon it was reported that the man had died from the gunshot wound.

Saturday’s incident marks the second red alert at the White House in less than 10 days. A Tennessee woman intentionally rammed her car into a barrier outside of the White House on February 23.  (People’s Daily app) 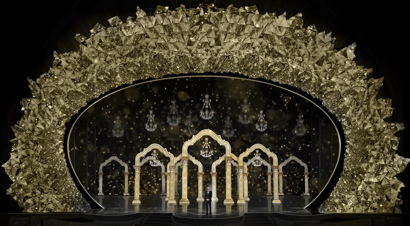 There will be half a million Swarovski crystals on the Dolby Theater stage for every year the Oscars have been presented. That’s 45 million crystals in honor of Oscar’s 90th year.

Production designer Derek McLane hand-picked most of the sparklers for the starry proscenium he created for Sunday’s show.

He said in an interview Wednesday that the design incorporates various eras of film history and is meant to evoke a sense of Hollywood glamor.“I think people really enjoy watching the Oscars as a kind of celebration of the glamor of Hollywood... that’s the fun of it,” he said. “That was always the fun I had watching the show when I was a kid, so I want to be true to that.” (AP)

The poem of the weekend is from Lebanese poet Kahlil Gibran.

“Beauty is not in the face; beauty is a light in the heart.”