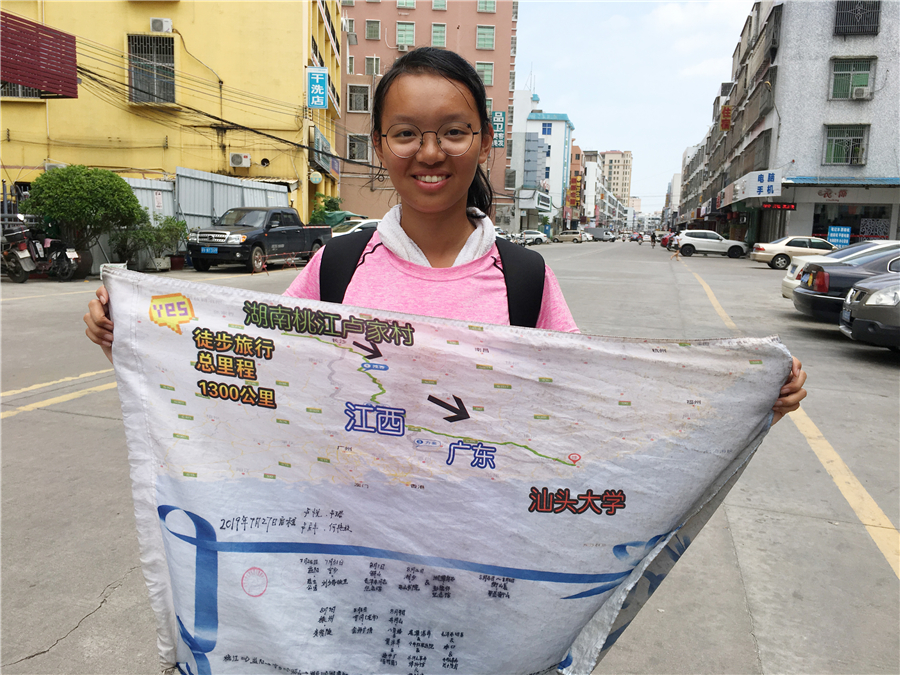 Lu Yue holds a flag with her route to university on it. (Photos: news.stu.edu.cn)

A Shantou University freshman trekked more than 1,300 kilometers from her hometown in Central China's Hunan province to the university in South China's Guangdong province.

Nineteen-year old Lu Yue, together with her father and younger sister, arrived at Shantou University on Wednesday morning after a 26 day-long trek. She will study marketing at the university's School of Business. 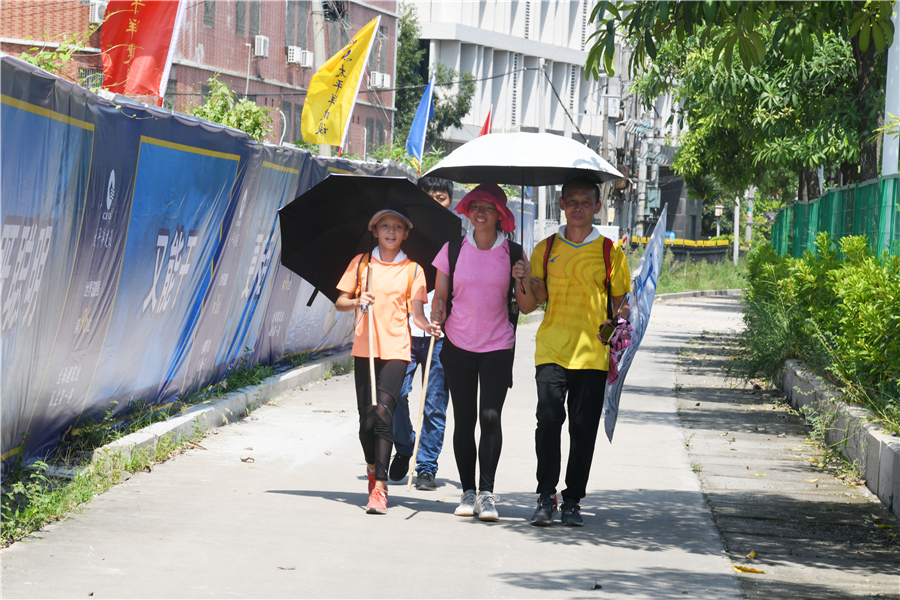 Holding umbrellas, Lu Yue and her father and younger sister walk at an easy pace.

The trek is actually the result of an agreement between Lu Yue and her father, Lu Qingfeng. Before this year's college entrance exam, Lu Qingfeng proposed to his daughter that if she got admitted to a university, wherever it was, they would trek to the university. Lu Yue agreed and later her younger sister decided to join them.

A workout enthusiast himself, Lu Qingfeng pays much attention to his daughters' physical exercise. He has been running for nearly 10 years.

Regular exercise gives his daughters stronger bodies than their peers, as well as their sunny and optimistic dispositions. 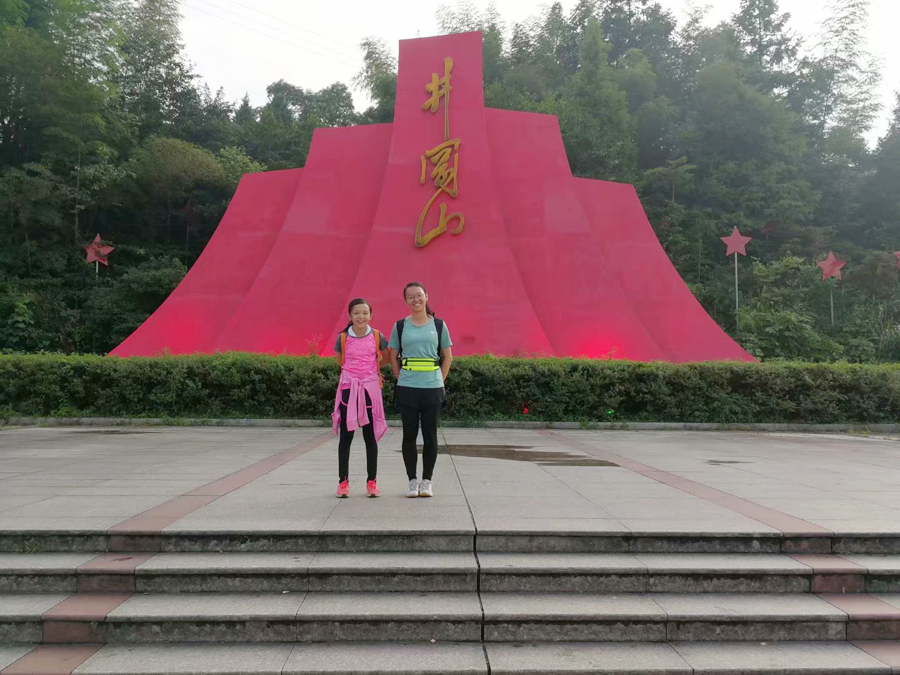 Lu Yue and her sister pose for a photo at Jinggang Mountain in East China's Jiangxi province.

To cultivate Lu Yue's ability to deal with people and things, Lu Qingfeng had Lu Ye make arrangements for meals and lodging throughout their travel.

The trio walked about 30 km on average per day. Lu Yue's skin suntanned when she finally reached their destination, but she didn't seem to care.

"The journey has taught me many things that cannot be learned from books and made me more independent. I think this is the true meaning of the trek," she said.