China's millennial freshmen increasingly prefer to arrive on campus empty handed, choosing instead to purchase their necessities online and arranging for their luggage to be delivered, reports gmw.cn. 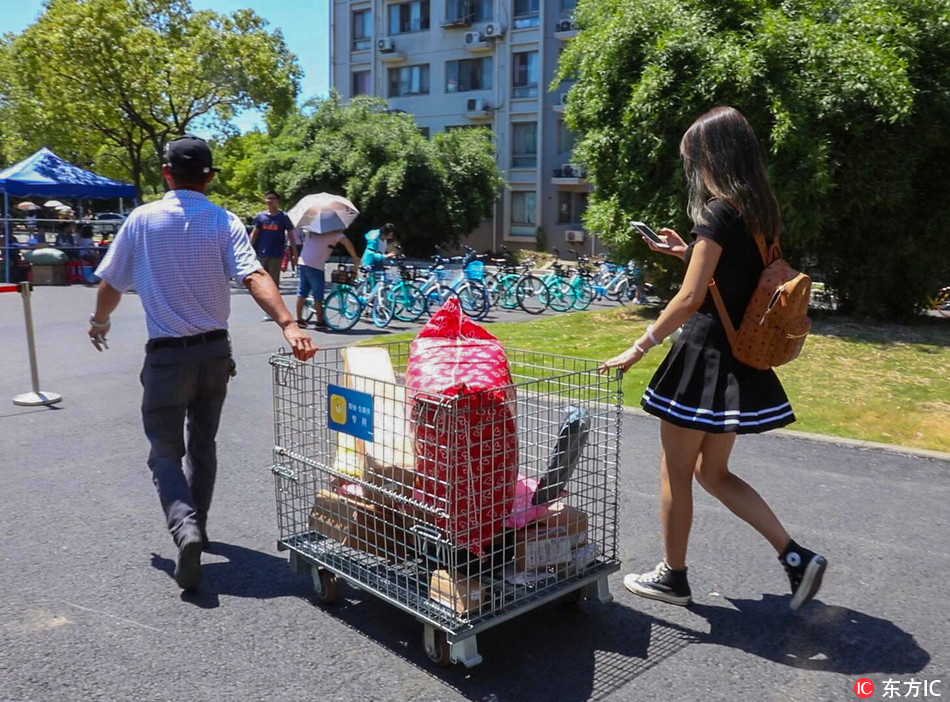 A student uses a trolley to carry her parcels back to the dormitory during the first week of the new semester at Jiangnan University in Wuxi City, Jiangsu Province on August 29, 2018. [Photo: IC]

Cainiao Yizhan, Alibaba's logistics arm, has nearly 3,000 branches at campuses across China. It recently released a list showing which schools received the largest number of packages during the back-to-school season. Yunnan, Xiangtan and Jiangnan universities topped the list, with the company delivering nearly 10,000 parcels to each of these three schools every day. A student at Huazhong Agricultural University got a special mention in the Cainiao Yizhan report, after she received 36 parcels in one week. 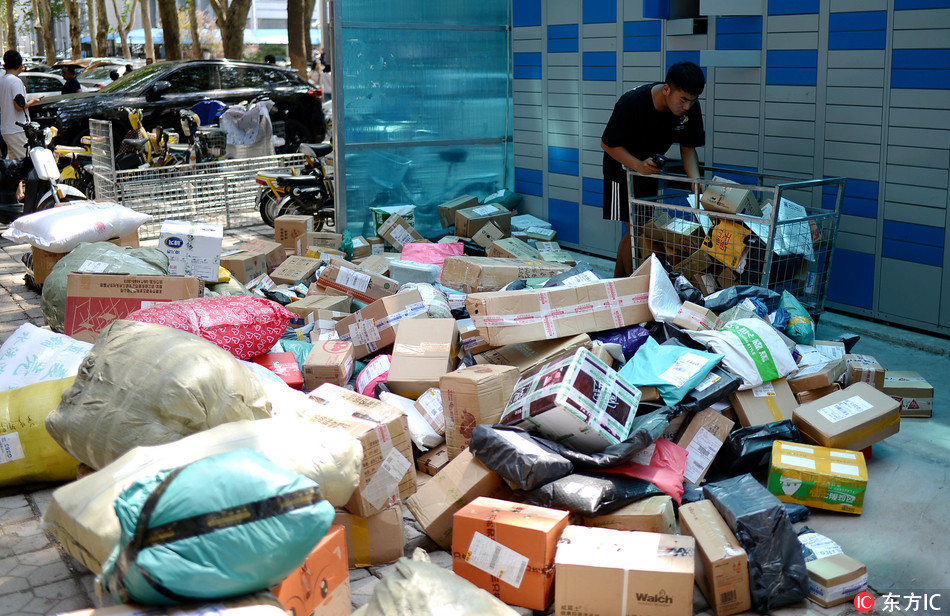 A courier puts parcels into delivery lockers at a university in Jinan in Shandong Province on Saturday, September 1, 2018. [Photo: IC]

Delivery services like smart delivery lockers with facial recognition locks have made life easier for students, saving them the hassle of scrambling around the parcel delivery areas outside the gates of their campus looking for their packages. "It only takes 10 seconds to find the package and get it out of the delivery station," said one freshman in Wuhan in central China's Hubei Province.

Students are buying a wide range of products online to help them settle into university life, ranging from mini refrigerators and washing machines to electric scooters, autonomous robot vacuums, and drones for aerial photography.