Elevating trade friction is not good for solving the disagreement between China and US, the Ministry of Commerce said on Thursday. 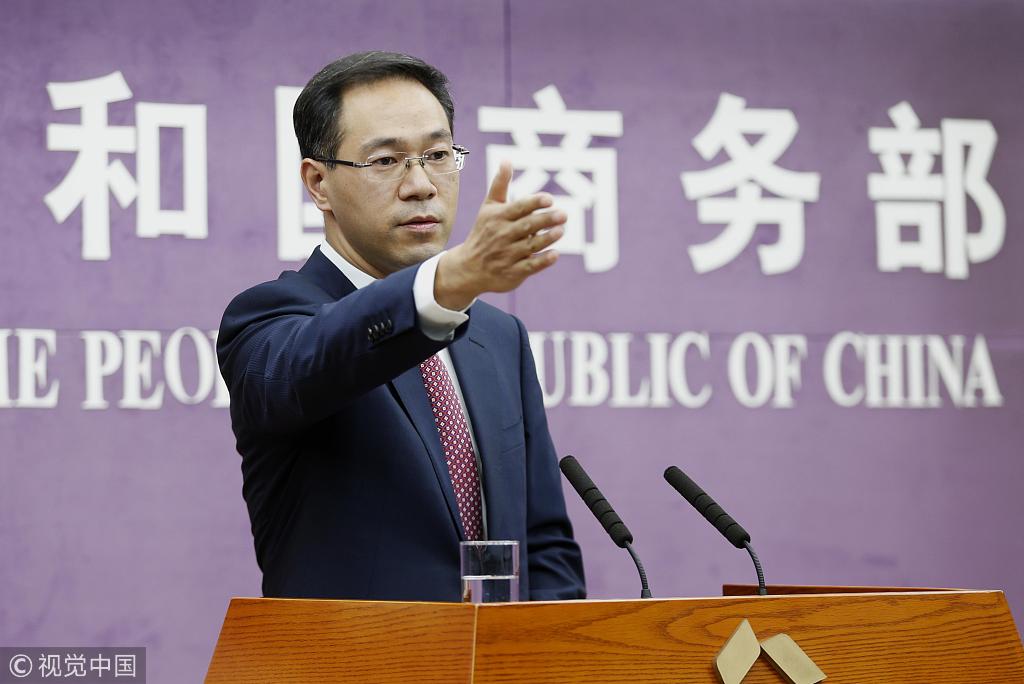 Gao Feng, spokesman of the Ministry of Commerce. (Photo: VCG)

“China has stressed many times that US bullying and measures applying extreme pressure do not work on China,” said Gao Feng, the ministry’s spokesman.

“The situation that China seeks progress for its economy while maintaining stability has not changed. New economic momentum is accelerating and moving towards high-quality development,” Gao said.

The US in September threatened to impose further tariffs on $267 billion worth of Chinese goods.

“China hopes the US will not misjudge the current situation, and hopes the US will stop unilateralism and protectionism and come back to the track of mutually beneficial and win-win cooperation. China would like to solve the disagreement in trade between the two countries through dialogue and negotiation, on the basis of equality, integrity, and mutual respect,” Gao said.

“China does not want a trade war, but the US side has created trade friction. China has to react, to safeguard China’s own rights and interests. The reaction is in a rational and restrained way,” Gao said.

“China has always adopted a constructive attitude to deal with the trade friction, while the US side shows a lack of integrity and adopts measures to elevate trade friction,” Gao said. “China hopes the US will adopt constructive measures and promote the development of China-US economic and trade cooperation to a higher level.”