CHINA From a rocky road to scenic tourism

From a rocky road to scenic tourism

Lin Shaoyun, a farmer who lives near the city of Yixing, Jiangsu province, remembers the days when villagers blew up mountains for their resources. 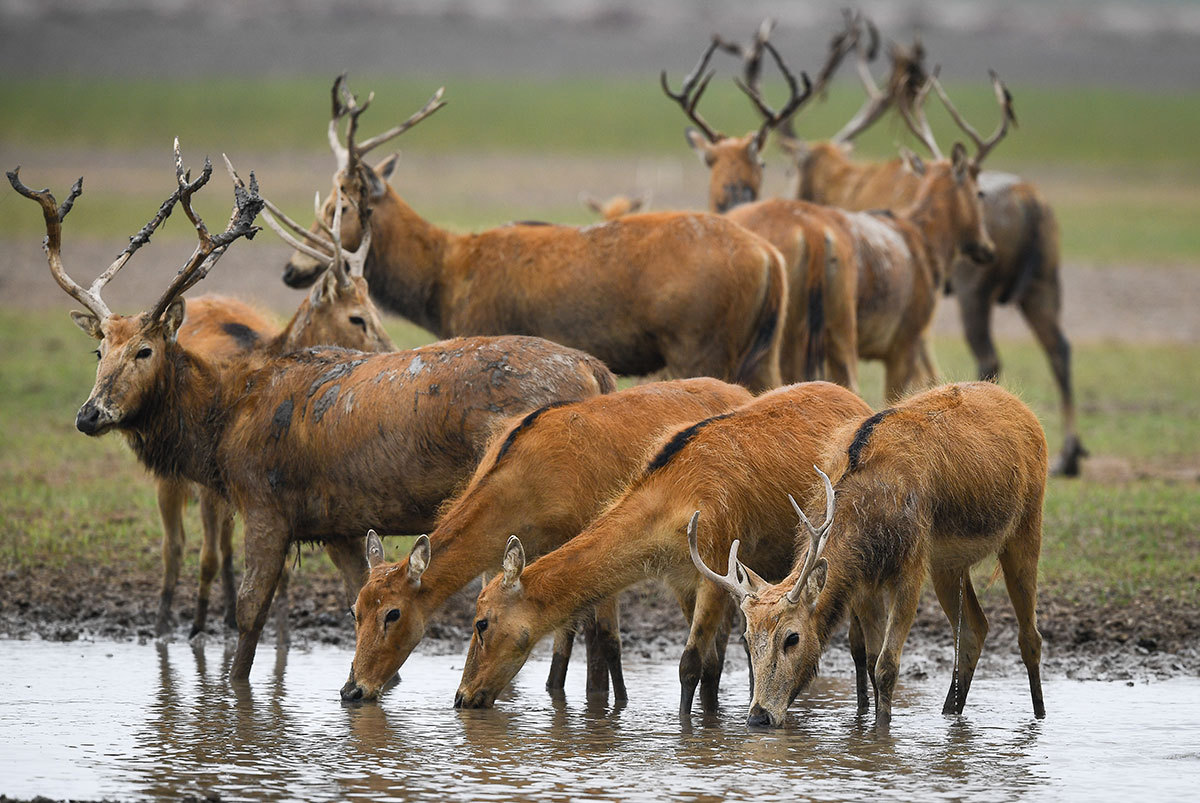 "It was because the local people earned their daily bread by blowing up the mountains to sell stones in the 1990s," said Lin Shaoyun, who works for the Zhangyang village committee of Hufu township.

"The village had more than 100 factories to mine the mountains, make glazed tiles and produce cement. The money poured into the village as more mountains were blown up."

But people were also punished by nature for destroying the environment, Lin said.

The village and neighboring areas were shrouded in heavy smog, heavy trucks damaged the roads and people had to trudge through mud on rainy days, he said.

But nowadays, people who travel to the township can walk under the shadows of leafy camphor trees, enjoy winding tea plantations and smell refreshing bamboo forests.

Like many other places in Jiangsu, in the 2000s the township was ordered by the provincial government to protect the environment and develop its economy in a sustainable way.

In 2003, Yixing closed more than 300 factories in Hufu and established its first "no mining area". It allocated funds to restore the mountains, establish sewage systems and educate farmers on sustainability.

More than 80 percent of Hufu is now covered by vegetation and it has six national-level scenic parks. Many green tea, waxberry and Chinese chestnut gardens, together with more than 10 lakes, are scattered across the township to attract tourists.

Zhang Dazhi, Party chief of Hufu, said the township has changed from selling stones to "selling scenery". Hufu, with an area of 118 square kilometers and 23,400 people, now has more than 10 hotels and 200 homestays.

"We had the courage to abandon the traditional economic development model and embrace the environmentally friendly way because the officials were no longer judged by the development of GDP," he said.

Zhang said officials in remote areas are now evaluated more by their work to protect the environment and develop tourism.

"The change of the officials' evaluation system enables us to develop the area in a healthy way."

Local farmers have benefited from the development of tourism. Many now earn about 400,000 yuan ($55,960) a year by growing flowers, said Lin from the Zhangyang village committee.

"More than 50 percent of the farmers in Zhangyang village now grow flowers and miniature trees," said Shi Zhenghua, a villager in his 60s. "I used to be a miner who breathed in numerous invisible particles every day. But now I'm a flower grower and make much more money."