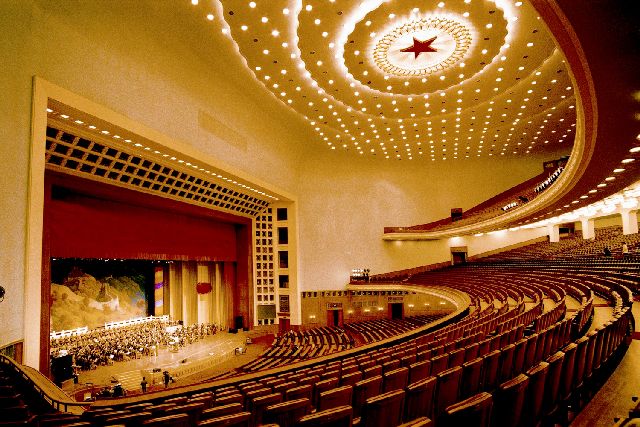 BEIJING, Sept. 29 (Xinhua) -- A specially designed large round table in the Great Hall of the People in Beijing saw a rare scene in the history of international diplomacy on September 4, when leaders of 54 African countries, 40 of whom were heads of state, were seated around it with Chinese President Xi Jinping.

The gathering and other diplomatic endeavors Xi undertook during the past three months, including his trips to the Middle East and Africa and to Russia's Far East, have once again demonstrated that Xiplomacy is gaining approval and traction across the world.

"The international community has reached a new crossroads; and we are facing a choice between cooperation and confrontation, between opening-up and a close-door policy, and between mutual benefit and a beggar-thy-neighbor approach," said Xi at the BRICS Business Forum in Johannesburg, South Africa, on July 25.

"The well-being of people in all countries has never been so closely intertwined as it is today," he pointed out at the opening ceremony of the 2018 Beijing Summit of the Forum on China-Africa Cooperation (FOCAC) in the first week of September.

Later the same month, in his first appearance at the Eastern Economic Forum (EEF), the Chinese president elaborated his view on Northeast Asia cooperation and development in a packed auditorium in Russia's Far East city of Vladivostok.

"A harmonious, united and stable Northeast Asia with mutual trust conforms to the interests of all countries and the expectations of the international community and is also significant for safeguarding multilateralism and promoting a more just and equitable international order," he said.

Marveled at the EEF debut of the Chinese president, experts and officials said Xi's remarks conform to the trend of the times and the interests of all related parties, and have drawn a clear roadmap toward a bright future of Northeast Asia.

Alexei Maslov, head of the Asian Studies Department at the Russian Higher School of Economics at National Research University, said that Xi's proposal shows that China, inspired by a global vision, is committed to multilateral consultation and attaches great importance to deepening trade and economic cooperation with regional countries to achieve win-win results.

Xi called on them to align their development strategies, strengthen policy communication and coordination, improve cross-border infrastructure connectivity, promote trade and investment liberalization and facilitation, jointly build an open regional economy, and boost sub-regional cooperation to benefit the people in the region.

Xi's consistent appeal for win-win cooperation reflects his insightful understanding of the trend of the times and the interests of all global players, based on which he laid out five years ago his signature vision and solution to challenges facing all countries big or small: building a community with a shared future for mankind.

Xi's proposal, said William Jones, Washington Bureau chief of the U.S. publication Executive Intelligence Review, is an "attempt ... to overcome and replace the traditional notion of 'geopolitics,' in which there are always 'winners' and 'losers,' and in which the principle of 'might makes right' tends to predominate."

Take China-Africa cooperation as an example. Xi said that China follows a "five-no" approach in its relations with African countries: no interference in the development paths of individual countries; no interference in their internal affairs; no imposition of China's will; no attachment of political strings regarding assistance; and no seeking of selfish political gains in investment and financing cooperation.

In his speech at the FOCAC summit, Rwandan President Paul Kagame, also the rotating chair of the African Union, said, "Africa is not a zero-sum game and our growing ties with China do not come at anyone's expense. Indeed the gains are enjoyed by everyone who does business on our continent."

China has won the hearts and minds of Africans for assisting the continent with loans and grants to improve infrastructure, which remains the biggest challenge to Africa's development, said Raphael Tuju, secretary general of Kenya's ruling Jubilee Party.

In the suburb of Vladivostok, "Ocean" All-Russia Children's Care Center is like a pearly sailing boat overlooking the violet sea beyond Amur Bay. Xi has visited the facility twice, as vice president in 2010 and as president in 2018.

After a deadly earthquake hit China's southwest Wenchuan County in 2008, killing nearly 70,000 people, then Russian President Dmitry Medvedev invited 1,500 Chinese students to recuperate in Russia. Around 900 of them went to the "Ocean" center. In 2013, another 259 earthquake-affected students from China went to the center.

"I saw with my own eyes ... the loving care the Russian teachers showed to our children," Xi said when he visited Moscow in 2013.

When speaking at the EEF, the Chinese president told the story of Xi Junfei, a young earthquake survivor, for whom the three months' rehabilitation in "Ocean" was life-changing. He fell in love with Russia and made up his mind to study in the country.

Xi Junfei's dream has come true, studying at the Far Eastern Federal University in Russia, President Xi said, adding it has been a perfect example of the friendly exchanges among the people living in the region.

That epitomizes the strong touch of humanity in Xiplomacy. In his overseas trips, he chats with local people and learns about their lives. In his major speeches on international occasions, he calls for mutual respect and understanding between different nations and people-centered development.