From 'blood transfusion' to 'hematopoiesis' (Ⅳ)

So far, the planting base has rented nearly 6,667 hectares of land in Maduo township, involving 14 herdsmen, and the annual income from the land transfer alone exceeds 2 million yuan ($285,000). 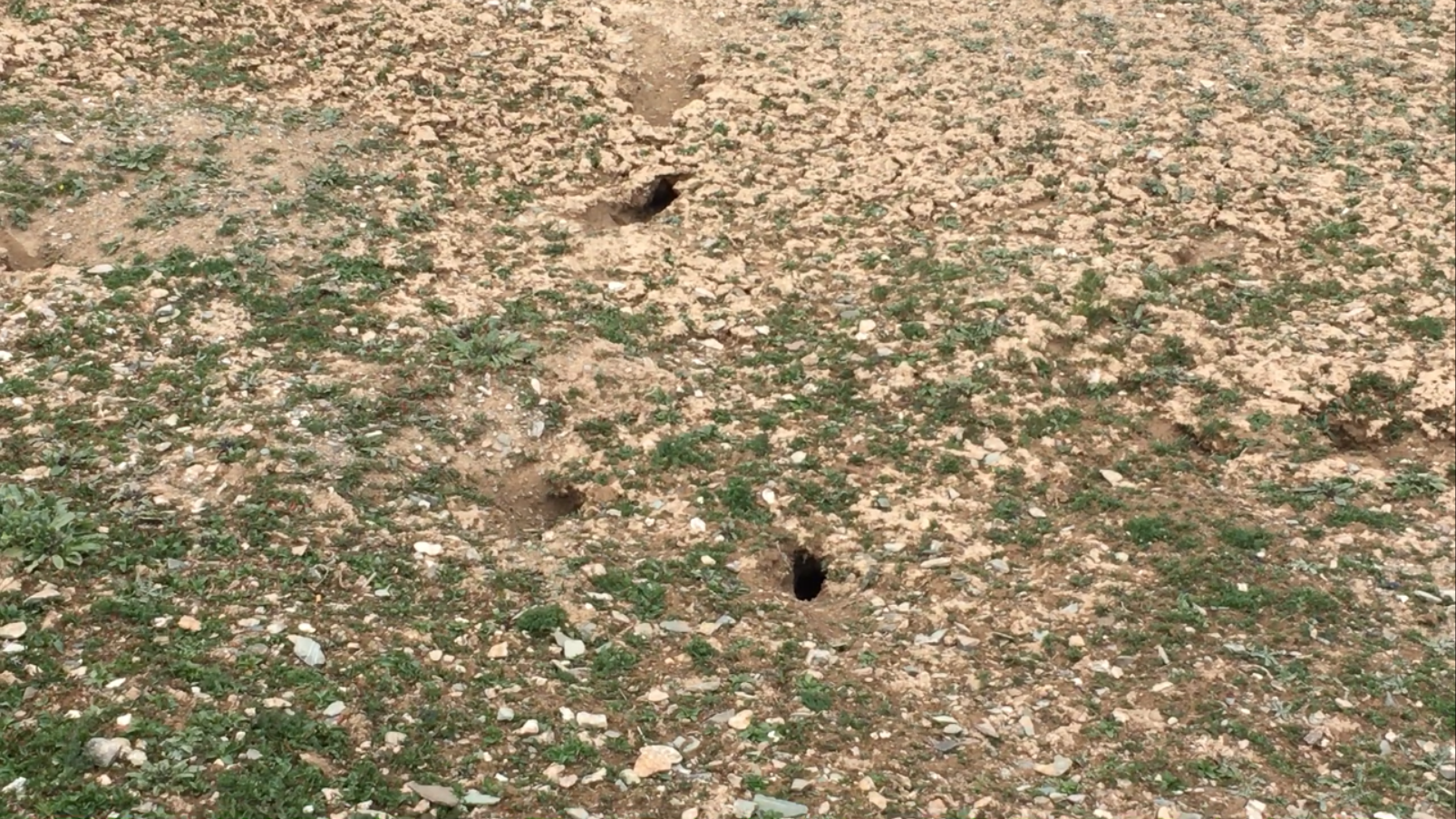 Photo: The density of rodent holes is much higher near the base area.

Cuojiduojie, 35, lives in poverty in Guoyang village in Maduo township. Other than around a dozen livestock for the six-member family, he has no other source of income. Last year, he worked in the plantation base loading and unloading, and earned nearly 20,000 yuan (about $2,850) in three months, a significant income.

At the same time, he learned to drive a tractor at the base. He said he plans to buy his own tractor to till the land next year. "Now I can work at my own home, and this won't affect my daily grazing work. But also when I return home at night, I can also continue my pastoral work," he said.

Cuojiduojie is not the only one. In 2018, Zhengbaicao recruited more than 30 herdsmen in Maduo township. Like him, herdsmen come to the base to work after releasing cattle and sheep in the daytime. In the evening, they drive cattle and sheep back to their enclosures. During the past year, the minimum income of herdsmen from the base was 7,000 yuan ($995) and the maximum income was 30,000 yuan ($4,266).

Video: A converted container where some staff live near the base.

Sun Jianfei, chairman of Zhengletang Biotechnology Group, said the base only hires local herdsmen for the labor work, because people from other places would struggle with altitude stress. “In the future, we plan to set up a primary processing plant,” he said.“Hopefully this can add some value to the herbs and achieve self-hematopoietic capacity.”

For a township like Maduo, where residents have always depended on nature to raise livestock, this is the first time for them to work at an enterprise at their doorstep. This is exactly what Zhengbaicai wants to achieve, hoping that the herbal plantations would make the local herdsmen stay.

With the alignment of ecological, social and economic effects, Sun said the plantation base will be expanded to 6,667 hectares in the next phase, and will gradually expand to 66,667 hectares, making it one of the largest Chinese herbal planting bases in China.