CHINA From Canton Fair to Import Expo, China gears up for wider opening-up

From Canton Fair to Import Expo, China gears up for wider opening-up 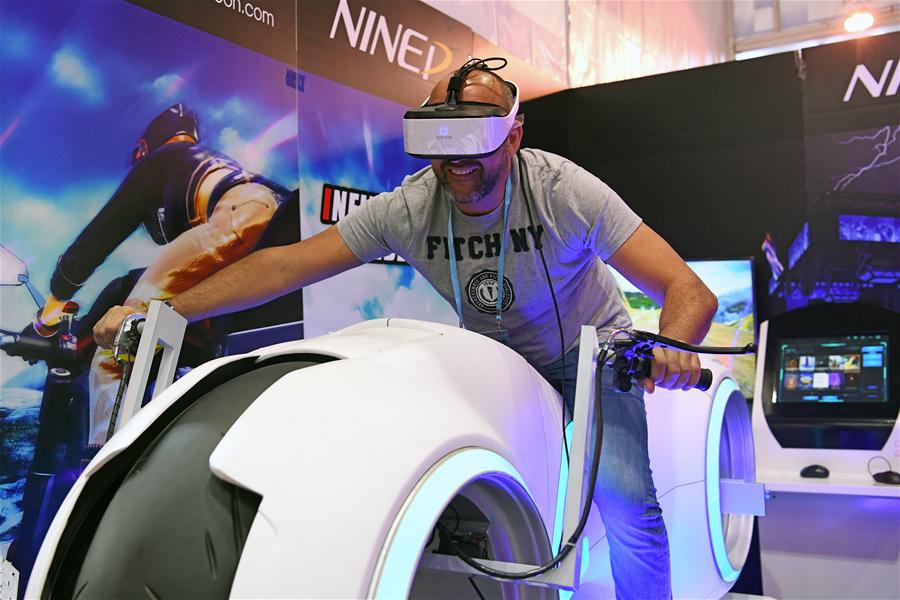 International big names such as Caterpillar are busy making turnarounds from the just closed Canton Fair in Guangzhou to the China International Import Expo (CIIE) in Shanghai.

"Instead of buying [from China], now we are selling [to China]," said Steven Yu, president of Orient Fan Company, a licensed seller of heavy machinery giant Caterpillar Inc.

Yu first came to the Canton Fair at the age of 8 with his father, who was a buyer looking to source products from Chinese suppliers.

His company now is looking for a distributor to sell Caterpillar fans and heaters in the Chinese market, where he sees increasing demands as Chinese consumer power has continued to increase.

FROM AN OPEN WINDOW TO AN OPEN DOOR

Caterpillar occupies a 250-square-meter space in the smart and high-end manufacturing exhibition area in the CIIE, exhibiting a wide range of products from its new solar turbines and gas generators to intelligent service equipment.

More than 3,000 companies from over 130 countries and regions are expected to participate in the CIIE, bringing more than 5,000 new products to China, according to Vice Commerce Minister Fu Ziying.

European supermarket giant Carrefour plans to purchase dairy products from Switzerland and New Zealand at the CIIE to supply its Chinese outlets.

"The expo convenes good suppliers from the world. It saves us time and energy to place the orders here rather than traveling around the world," said Dai Wei, vice president of Carrefour China.

China has been the world's second largest importer of goods for nine consecutive years, and it took 10.2 percent of global imports last year. Chinese authorities expect the country to import goods worth 24 trillion US dollars in the next 15 years.

As an upgrading consumption sector reshapes China's economic and trade structure, the CIIE is expected to give new impetus to China's transition from being the world's factory to the world's major consumer power and make the China market more accessible than ever.

When meeting with Stephen Perry, chairman of Britain's 48 Group Club, in Beijing last month, President Xi Jinping said that China's great achievement of economic and social development in the past 40 years has strengthened its determination of reform and opening up.

"Under the current world circumstances, China is even more determined to support trade liberalization and economic globalization," Xi said.

The Canton Fair held every spring and autumn since 1957 as a biannual export-promotion event has been seen as a barometer of China's foreign trade.

Although the transaction value of 29.86 billion US dollars at this session was 1 percent lower than that of last year, it has been achieved amid a rising protectionism, which has dampened the global trade, said the Canton Fair's spokesman Xu Bing.

It was until the 101st session in the Spring of 2007 that the fair had its name officially changed to the China Import and Export Fair from the previous name, the Chinese Export Commodities Fair.

Liu Fuxue, deputy director of the CIIE Bureau, had a dozen years of experience of attending the Canton Fair.

"The change of the fair's name in 2007 was meant to encourage countries with big trade deficits with China to expand their sales in China so as to reduce the deficit," said Liu.

WIN-WIN COOPERATION WITH ALL NATIONS

Through the years, imports are no longer a "side dish" at the trade fair, as foreign companies showed an increasing interest in the Chinese market, he said.

In 2007, the exhibition space for foreign sellers covered 10,400 square meters with 629 booths. The numbers rose to 20,000 square meters and 998 booths at the recently closed session.

"From setting import exhibition space in trade fairs to opening the world's first national-level import expo, China has shown its resolve to deepen opening-up and satisfy its people's demand for a high-quality life," said Liu.

Huang Jianzhong, the dean of Shanghai University of International Business and Economics, said that the CIIE will embark China on a new round of highly efficient opening-up.

"The CIIE shows China's resolve to fulfill its responsibility as a major country and achieve mutual benefits and win-win cooperation with all nations," said Zhao Beiwen, deputy head of the World Economy Institute under the Shanghai Academy of Social Sciences.

"We did not catch up to attend this import expo, but we certainly won't miss it the next year," said T.K. Ramesh from the Micromatic Tools Private Ltd., part of Ace Micromatic Group, India's largest machine tool conglomerate.

He said the company has just had its Shanghai subsidiary moved to the Waigaoqiao smart manufacturing park in the Shanghai Free Trade Zone, and experienced the park's service in facilitating foreign imports through fast customs clearance under China's bonded policy.

The industrial park shared its CIIE booth with 30 out of its 140 foreign machine tool firms. This helps make up Ramesh's remorse for having missed the event.

He said the company plans to set up a tech experience center in Shanghai to help boost sales in China.

China has announced measures to raise foreign equity caps in the banking, securities and insurance industries. A timetable to further open its financial sector was announced during the Boao Forum for Asia in Hainan Province this April.

In October, Micheal Yunker became the first group of foreigners to open private accounts at the Chinese securities trader of Guotai Junan Securities.

"I would enter the A-share market immediately. Previously, foreigners did not have much choice for investment in China. With the new policy, we have greater opportunities here in both work and investment," said Yunker, who has been in Shanghai since 2001 working in the financial industry.