Since the 18th National Congress of the Communist Party of China in November 2012, Xi has been seen in greenhouses, fields and cattle barns while making inspection tours across the country. Xi always asks about the production and income from agricultural products, and their role in alleviating poverty.

During the two sessions this year, taking part in discussions with deputies from the delegation of the Inner Mongolia Autonomous Region, Xi asked about potato plantations and processing and was concerned about work resumption and increasing people's income. 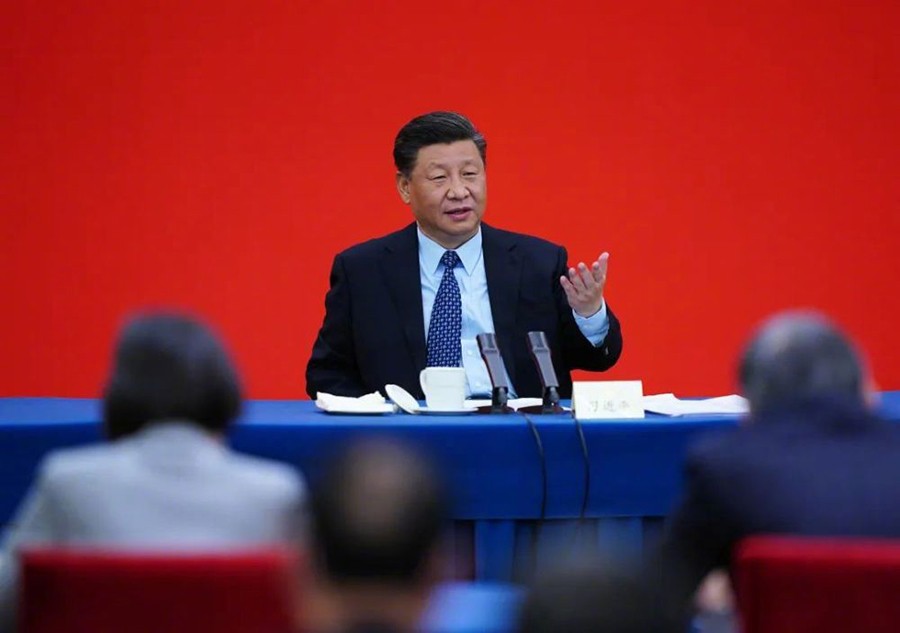 Xi visits national political advisors from the economic sector attending a joint panel discussion at the third session of the 13th National Committee of the Chinese People's Political Consultative Conference (CPPCC) in Beijing, capital of China, May 23, 2020. (Photos: Xinhua)

When visiting national political advisors from the economic sector attending a joint panel discussion at the third session of the 13th National Committee of the CPPCC last month, Xi recalled his hard times as an educated youth for seven years from 1969.

Since then, it has been a simple wish of Xi to enable the villagers in poor areas “eat corn flour all the year round” and “have a full meal of meat and  eat meat frequently.”

In Liangjiahe, Xi’s goal was formerly to make sure villagers have enough food to eat. But today, Xi is concerned about whether the people can eat well. Xi has made arrangements on how to make that happen.

“In poor areas, we should proceed from reality and act according to local conditions, so we can figure out what to plant, what to raise and where to increase income,” he said.

Xi proposed “selecting and developing industries according to local conditions.”

Inspecting the blueberry industry in Yichun, Heilongjiang Province, Xi said, “We should attach great importance to the study of market rules... to prevent the market from becoming saturated when the industry is in full swing, which would affect sustainable development.”

In view of the development of the potato industry in Hebei Province, Xi called for its “marketization and large-scale development.” 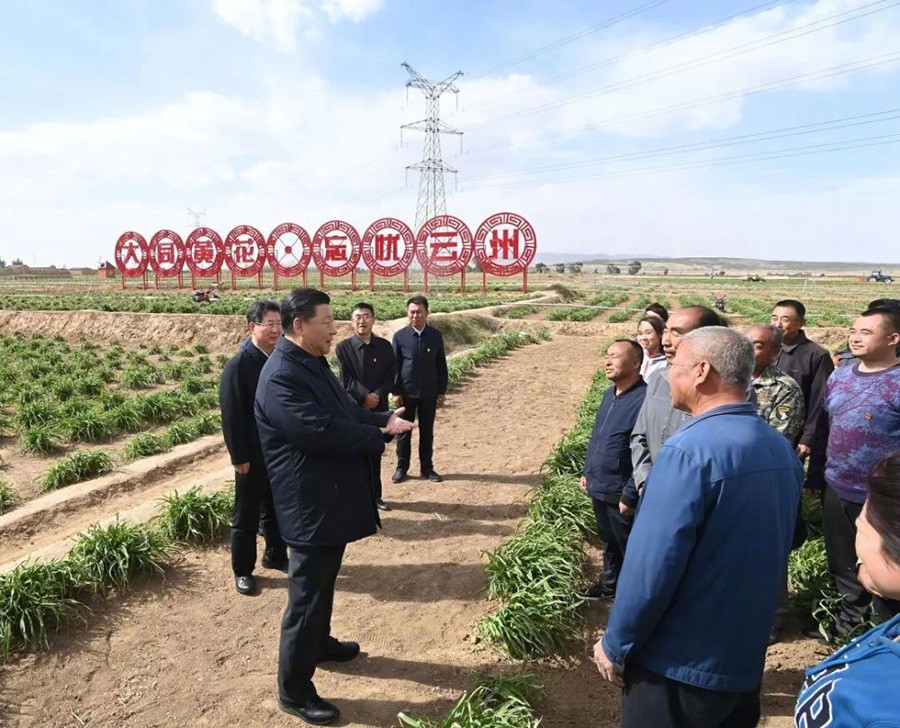 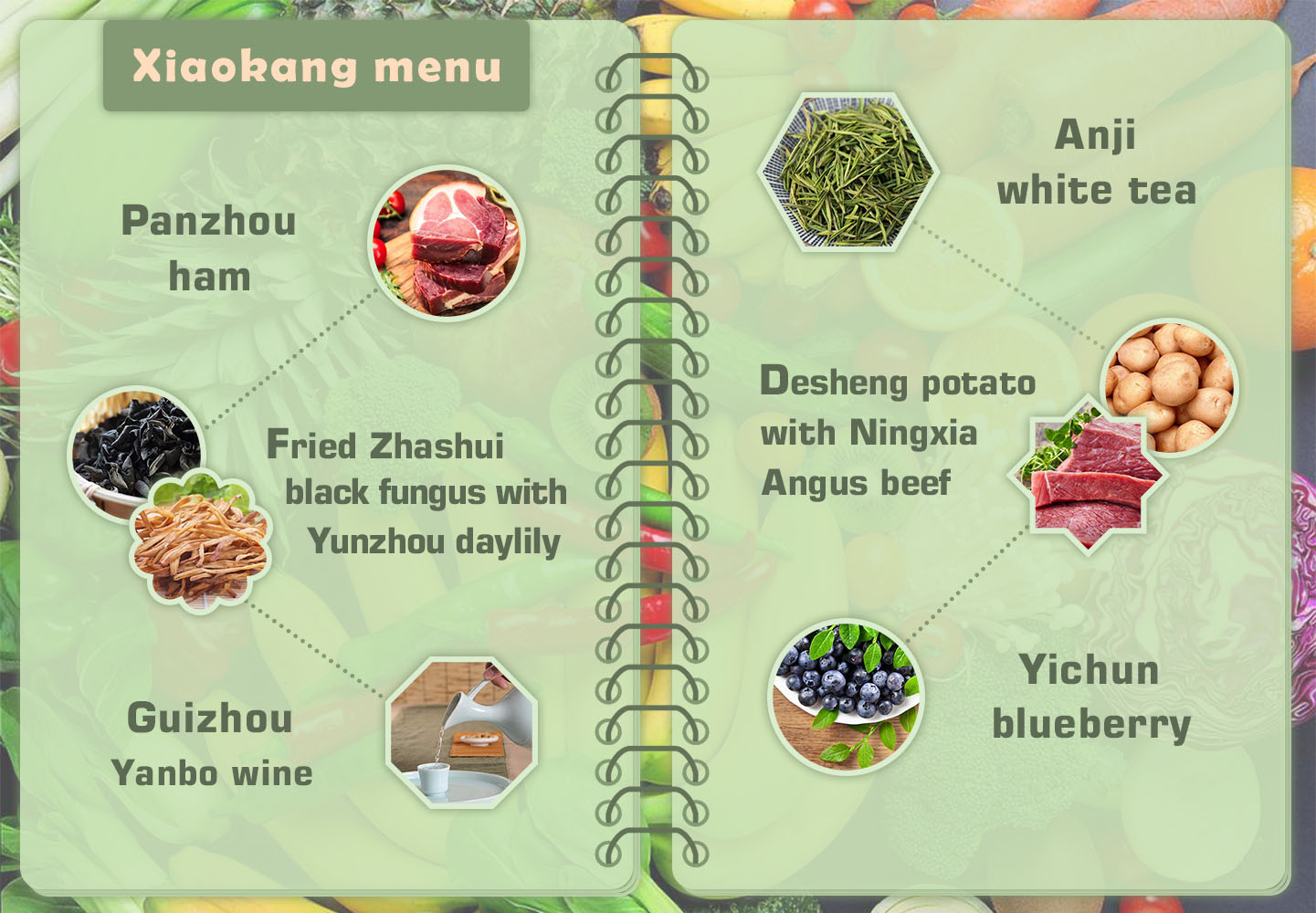 The increasingly long menu reflects Xi’s efforts to alleviate poverty. One by one, the special agricultural products sent to all parts of the country have documented the villagers’ efforts to shake off poverty and reflects the Chinese experience of poverty alleviation.

Each part of the grand blueprint must be detailed. Every bright dream should be reflected by reality. Using the lever of industy to remove the mountain of poverty is the “path to victory."

In Xi’s view of poverty alleviation, pragmatism and serving the people are at the core. Xi has called for steps to solve the problems of the people’s greatest concern and the most difficult and pressing problems.

“In the final analysis, the reason why we promote economic and social development is to continuously meet the needs of the people for a better life,” Xi said.