From Gobi to vineyards: Expanding wine industry in NW China

YINCHUAN, Aug. 19 (Xinhua) -- In the past few years, a large expanse of Gobi desert in northwest China has gained an international reputation due to its vineyards. 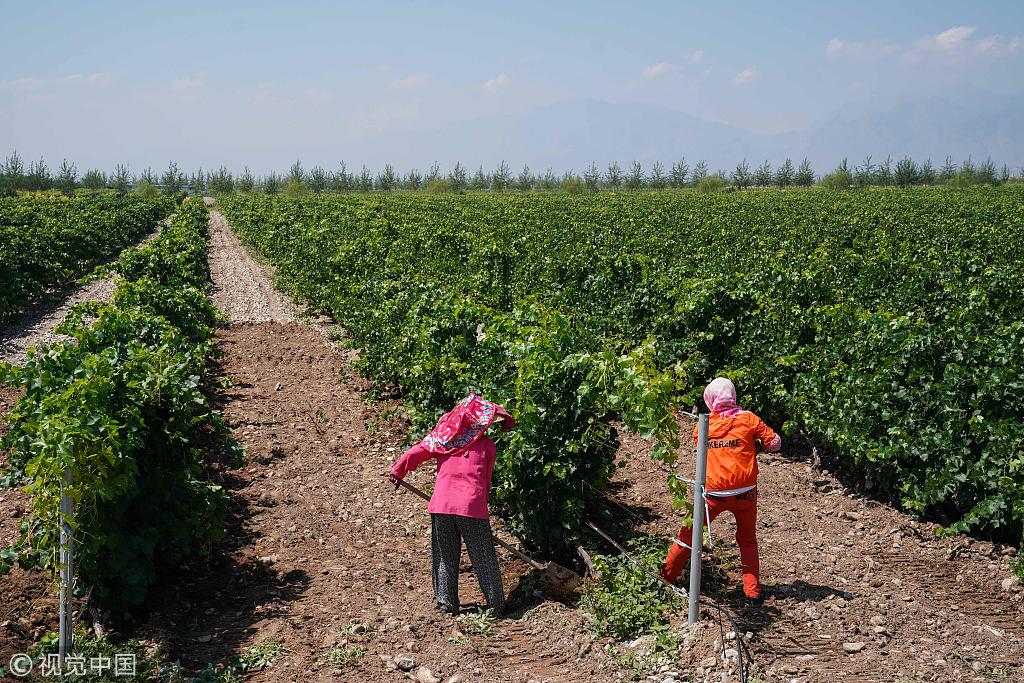 With a latitude similar to that of France's Bordeaux region, the eastern foothills of the Helan Mountains in Ningxia Hui Autonomous Region are optimal for planting quality wine grapes.

Chen Deqi, from southeast China's Fujian Province, owns a vineyard in Ningxia. He said the region's Gobi desert is an ideal place to grow grapes due to its abundant sunshine, variable temperature range, and rocky and sandy soil which provides rich minerals and good air circulation.

Many investors have been attracted to build vineyards in Ningxia, including the French wine and spirits company Pernod Ricard, the world's largest cognac producer Hennessy, and Chinese winemaker Changyu, according to Zhao Shihua, an expert from the region's grape industry development authority. 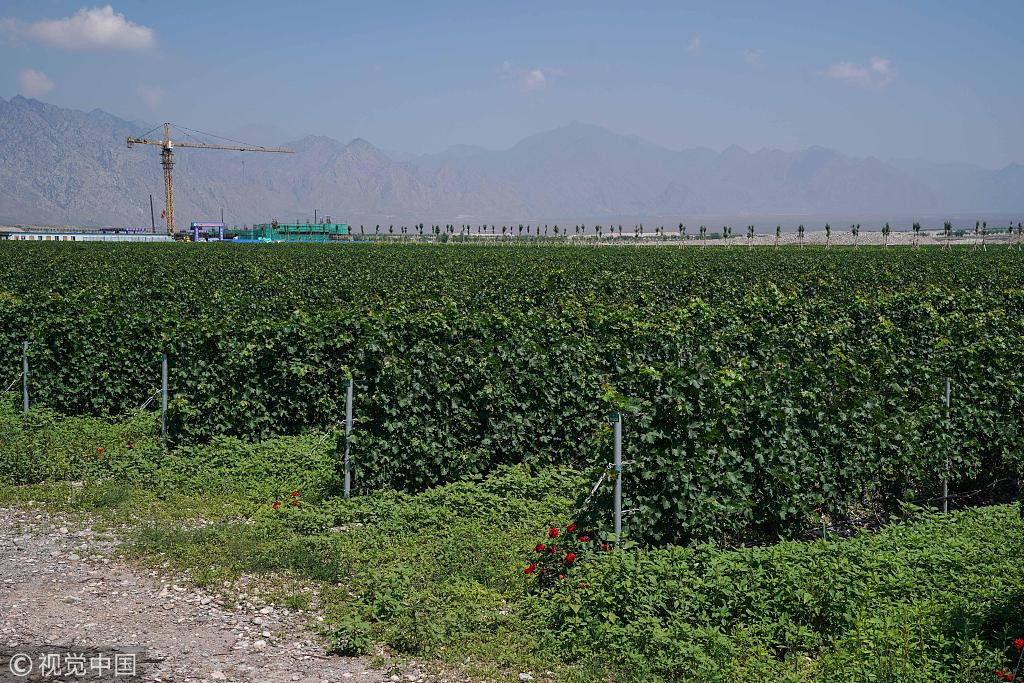 A report from Bordeaux Wine Council showed China continued to be Bordeaux's largest overseas market with its exports to China reaching a new record high in 2017.

Today, the wine industry has become an important sector of Ningxia's economy. The area of wine grapes in the region expands to 38,000 hectares, accounting for one-quarter of China's wine grape planting area. There are 86 wine chateaus in the region, producing 120 million bottles of wine worth a total of 20 billion yuan (about 2.9 billion U.S. dollars) per year.

Developing the wine industry is also an important move in Ningxia's poverty alleviation program. Official data showed the number of people living in poverty has been reduced by 674,500 since 2012, with 239,000 still remaining in poverty in 2017, or 3.5 percent of Ningxia's total population.

Ningxia's annual per capita disposable income for rural residents in 2017 was 10,738 yuan, much lower than the country's average of 13,432 yuan.

Six years ago, Lin Bin and his family moved from Longde, an impoverished county in Ningxia's southern mountains, to work in vineyards. Lin, 27, said he can earn over 30,000 yuan a year.

Ningxia's wine industry has provided 120,000 jobs for villagers like Lin who have moved from impoverished areas, according to local authorities.

Though expanding at a fast pace, there is still a long way to go before Ningxia develops into an international wine base. Local winemakers said Ningxia's wine industry is still young in terms of brand reputation, commercial management, and mass production.