CHINA From hobby to career, a farmer practices hollow word calligraphy for 40 years

From hobby to career, a farmer practices hollow word calligraphy for 40 years 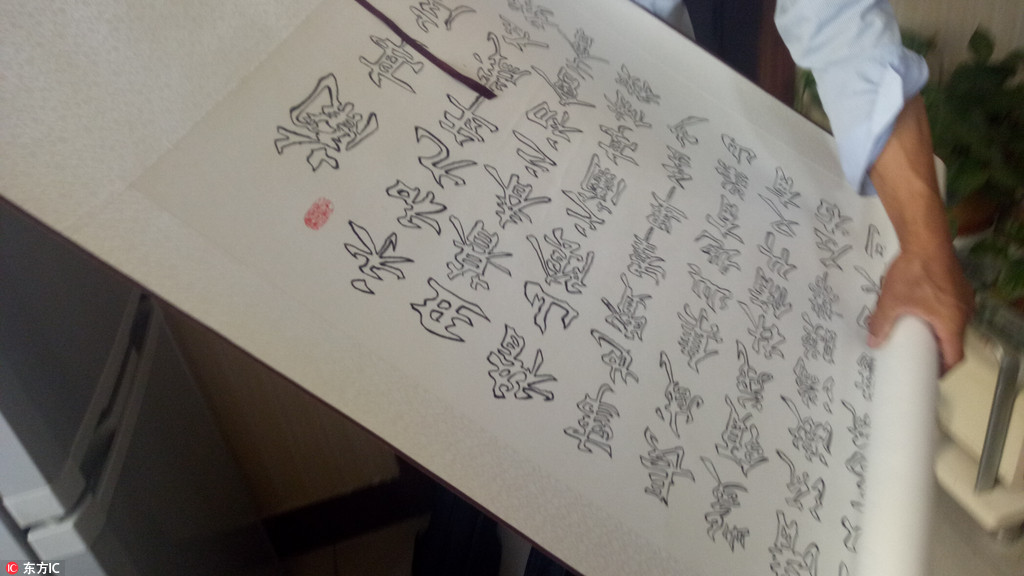 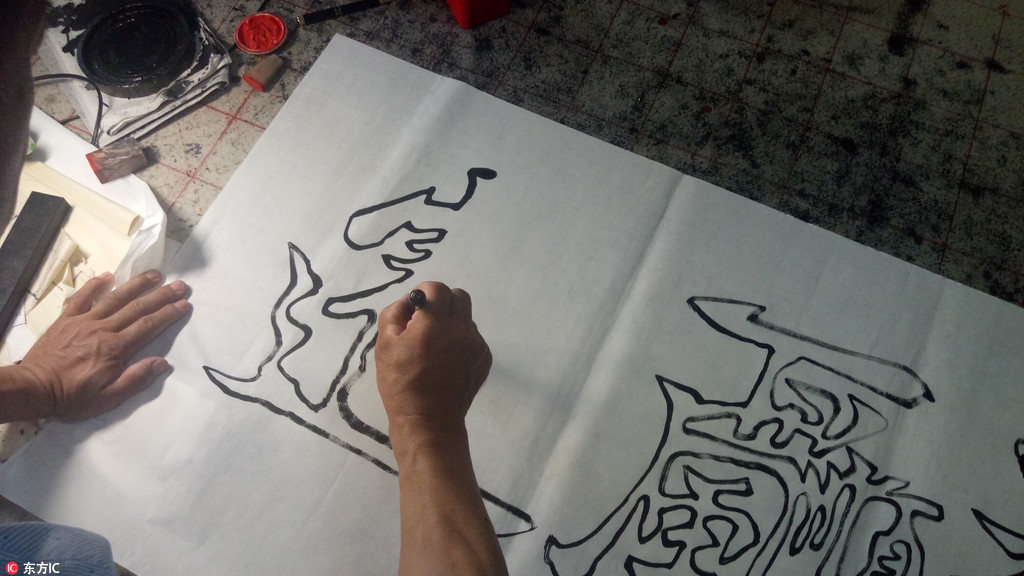 Mr. Luo has practiced calligraphy for 40 years, and over time this interest became his career. Mr. Luo makes 100 to 400 thousand RMB annually, supporting his son to study overseas. 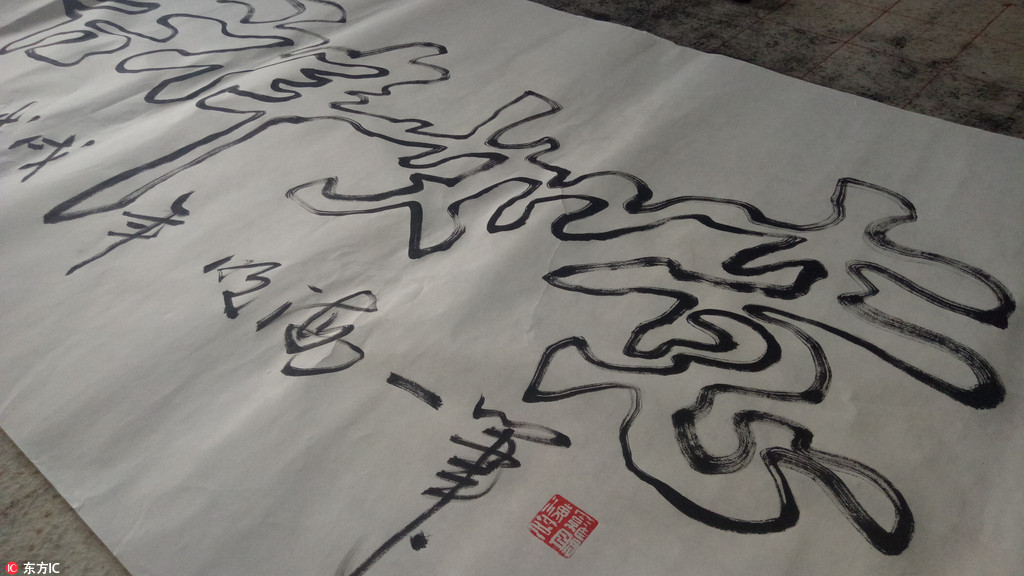 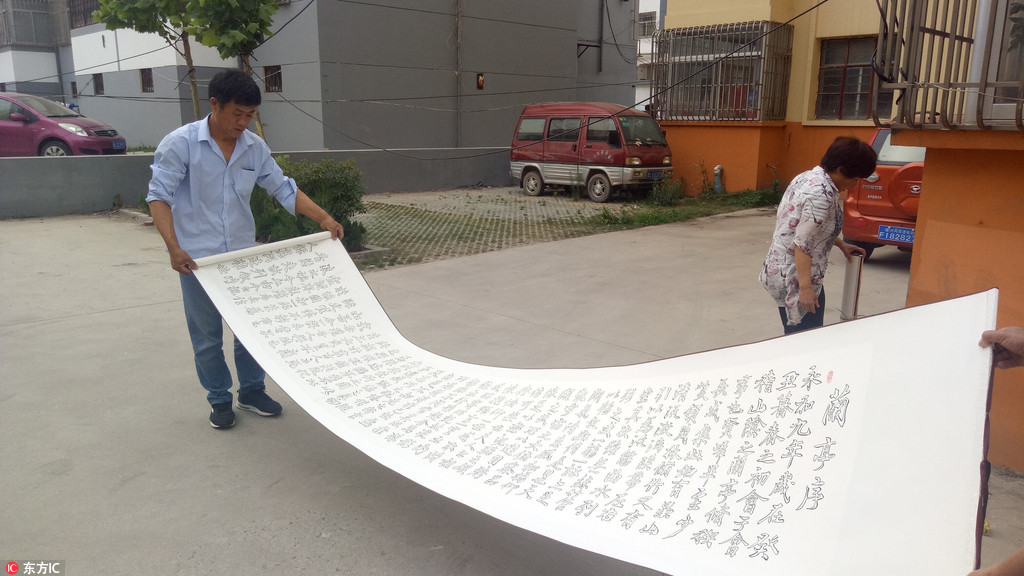 Luo is proudest of the work he did on the famous Chinese literary masterpiece Lanting, which he spent seven hours straight to complete. Lanting was a foreword written by one of China’s most respected calligraphers for a collection of poems. 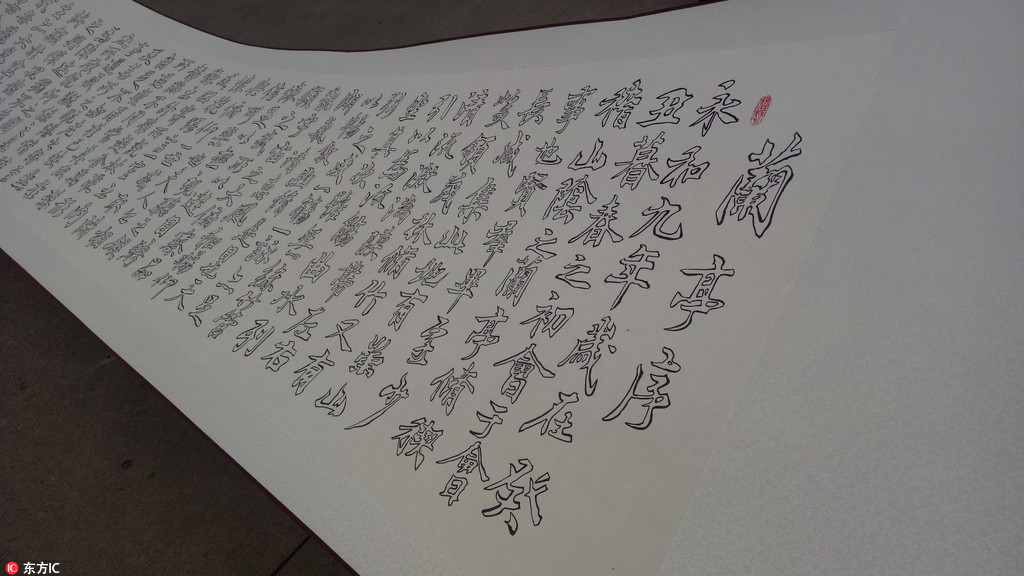 Luo’s calligraphy is six meters long and has a total of 324 words. People have bid 100 thousand yuan for Luo’s Lanting calligraphy, but Luo would not sell it, saying that he wanted to keep this piece of work that he poured his heart into. 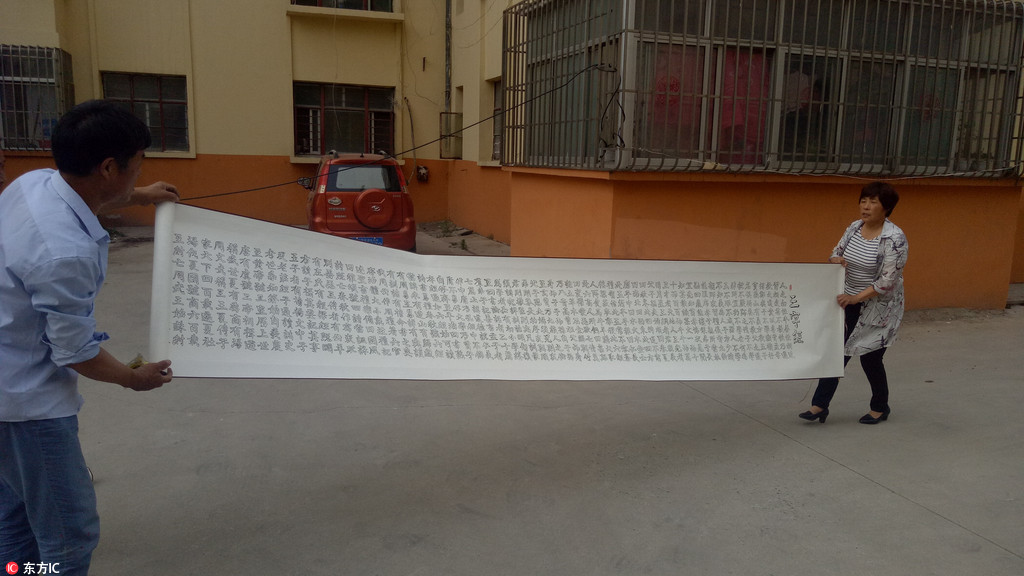 Luo has also written Sanzijing, an extremely well-known book in China. Again, Luo wrote all 1,128 words of Sanzijing in one sitting. Luo says that the most important thing in writing calligraphy is to stay calm and focused.