From the Mogao Grottoes to the Yungang Grottoes, Xi champions cultural relics protection

President Xi Jinping on Monday visited the Yungang Grottoes, the third stop during his inspection tour of Datong, North China's Shanxi Province, to learn about its historical and cultural heritage protection efforts. 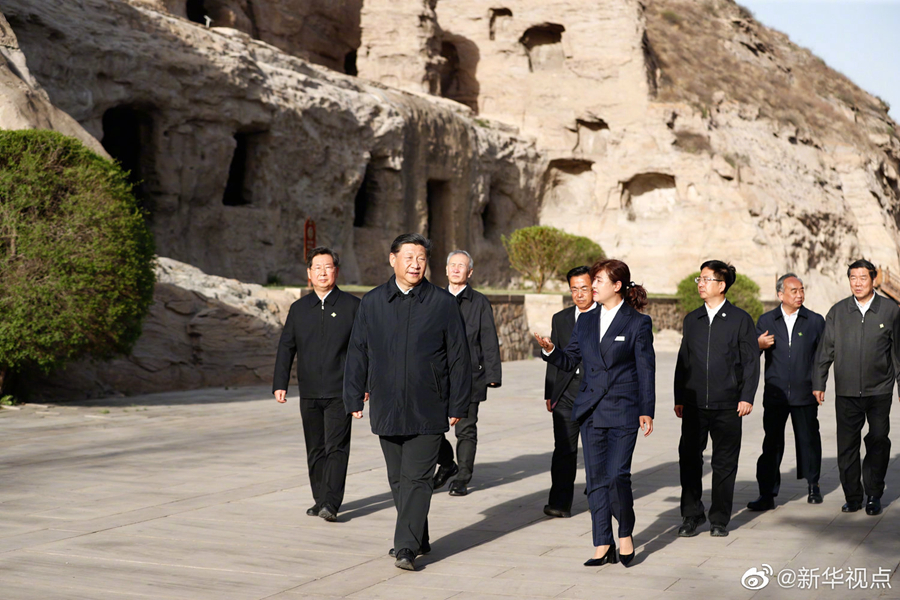 During Xi's inspection tour in Northwest China’s Gansu Province in August 2019, Xi visited the Mogao Grottoes in Dunhuang as his first stop.

Based on their shape, subject and style, the grottoes can be categorized into three stages: an early stage characterized by a majestic and plain western style, a middle stage with exquisite carving and decoration, and late stage with smaller scale yet thinner and more proportionally figured statues, which launched a new era in the grotto art of northern China. In December 2001, it was listed as a world cultural heritage by UNESCO. 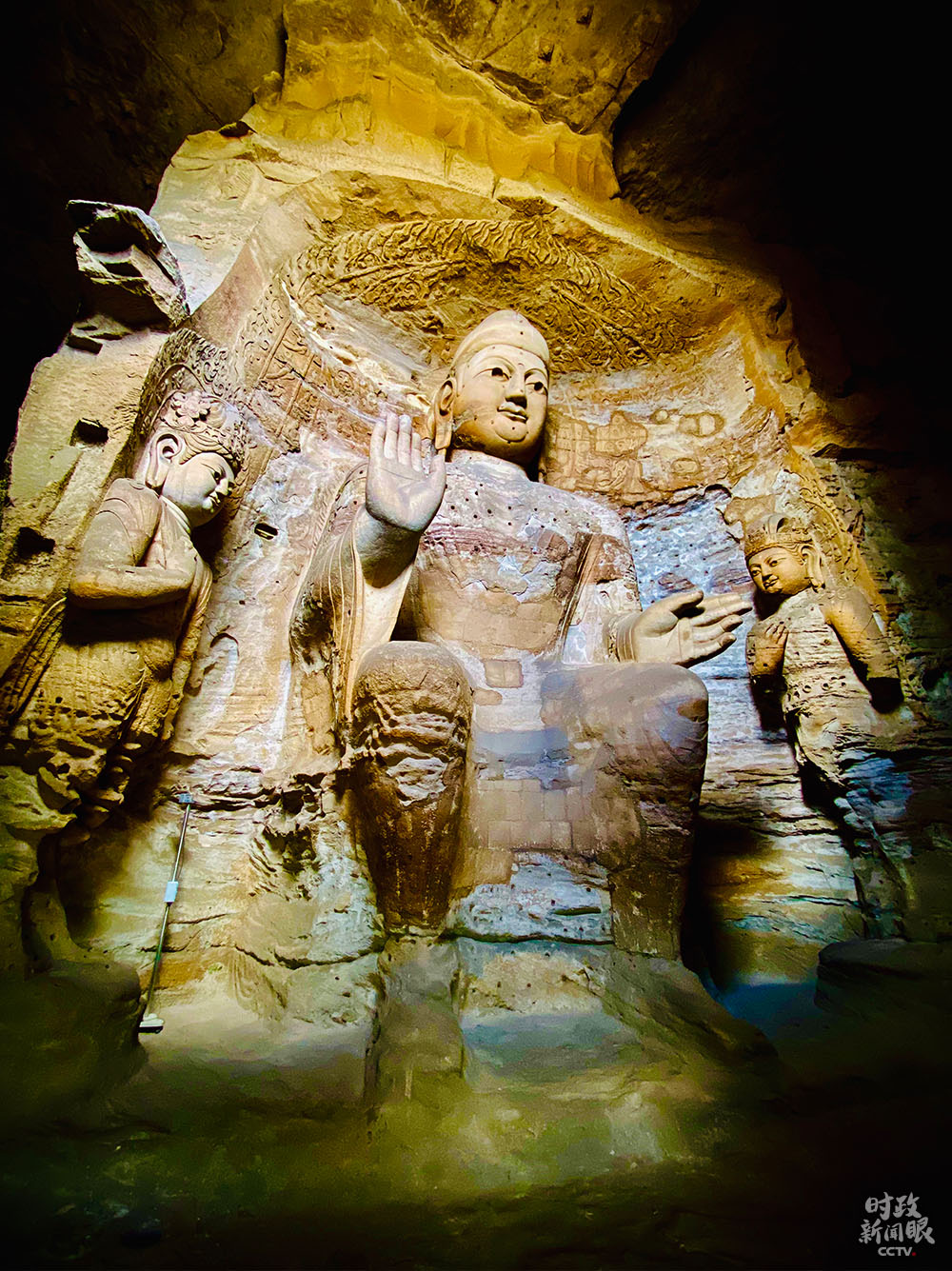 The third cave is the largest in the Yungang Grottoes. The statue of Amitabha is 10-meters high. (Photo: CCTV News)

Xi carefully viewed sculptures and wall paintings and inquired about the history, artistic style and protection of the grottoes. The Yungang Grottoes represent the characteristics of Chinese culture and the history of cultural exchanges between China and other countries, Xi said.

Lauding the Yungang Grottoes as a "treasure of human civilization," Xi said protection of the site should be the top priority, and its research and utilization should be based on good protection practices.

The protection of these precious historical and cultural heritage sites is always championed by Xi. 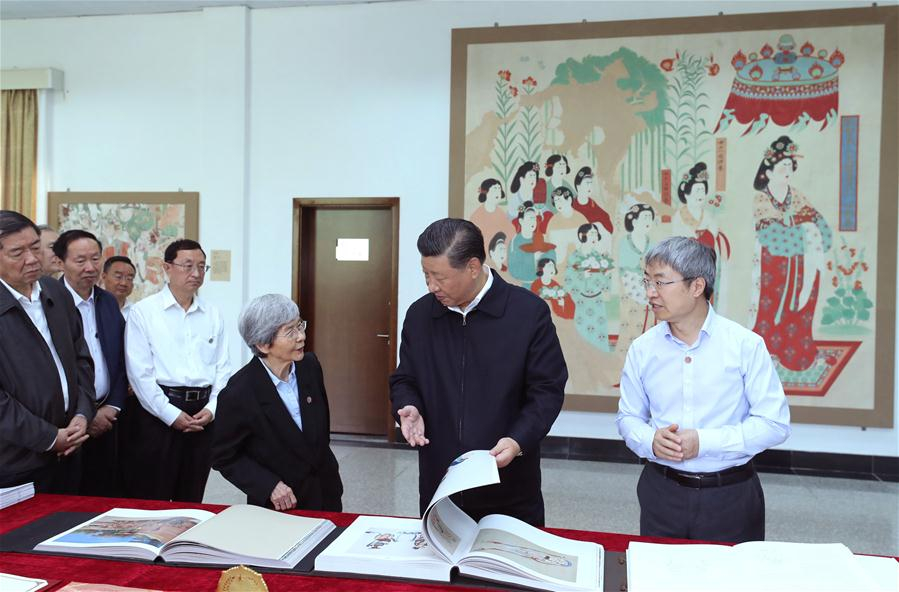 When visiting the Mogao Grottoes in Dunhuang last August, Xi inspected the work of cultural relics protection and study, as well as efforts to promote China's great history and fine culture. Xi called for preserving the quintessence of Chinese culture and attaching great importance to the promotion of the philosophies, morality and values inside these cultural relics.