CHINA From zero to hero: China’s growth by numbers over the past 40 years

From zero to hero: China’s growth by numbers over the past 40 years

40 years ago, China set out on the historical journey of reform and opening-up under the leadership of Communist Party of China (CPC), thus unfolding a tremendous epic story of development which has significantly changed both China and the world, cctv.com, the official website of China’s state broadcaster China Central Television (CCTV), reported on December 19.

Now, let’s learn the remarkable accomplishments China has achieved during the 40 years of reform and opening-up from figures and facts.

How much have Chinese people created in one day?

If calculated on the value created according to gross domestic product (GDP), each Chinese people generated 1 yuan (about $0.15) worth of value in one day on average in 1978, while in the year 2017, the figure rose to 163 yuan.

Driven by reform and opening-up, China’s GDP has grown by 33.5 times over the past 40 years, while the country has managed to lift itself from the row of low-income countries to the list of upper middle-income countries. 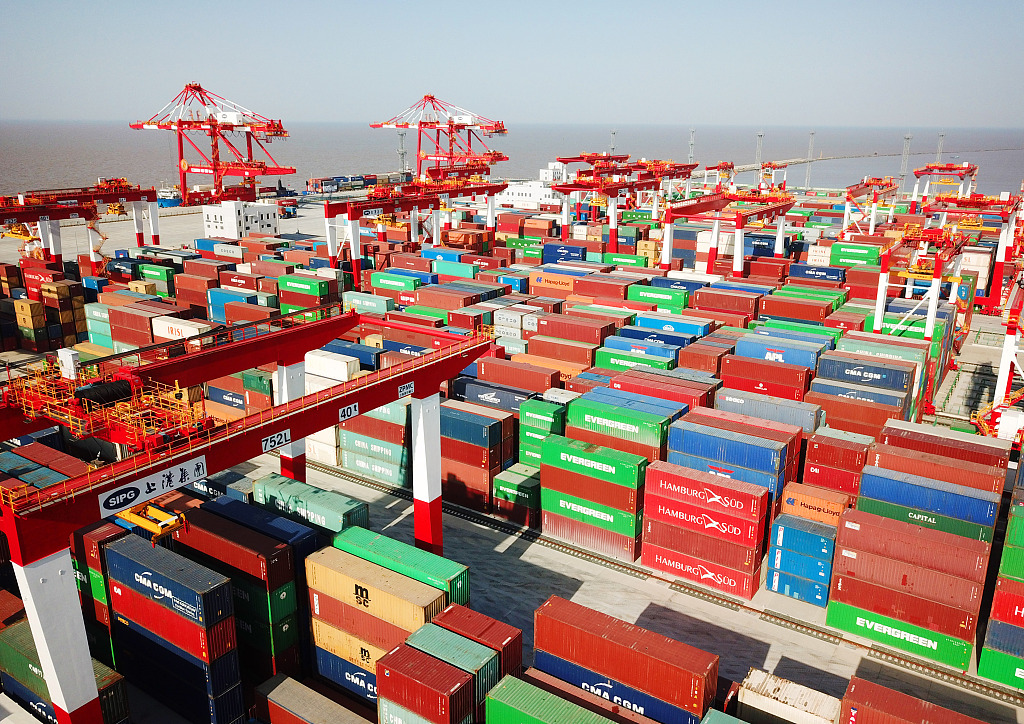 What is the value of goods sold or bought between China and various countries around the world in one second?

During the past 40 years, China’s proportion of the total value of goods imported and exported around the world has grown from 0.8 percent to 11.5 percent, while its position in the world rankings has jumped from 29th to 1st in this period.

In 1985, high-tech products only accounted for about 2 percent of China’s exports, while the proportion was lifted to 28.8 percent in the year 2017. In addition, China has maintained its place as the world’s second largest country in trade in services during the last 4 years.

In the course of opening-up and development, China has enjoyed increasingly closer ties in two-way investment between itself and various countries across the globe. In 2017, China received over $130 billion in foreign investment, 60 times the size in 1983, making it the second largest destination of foreign capital in the world. 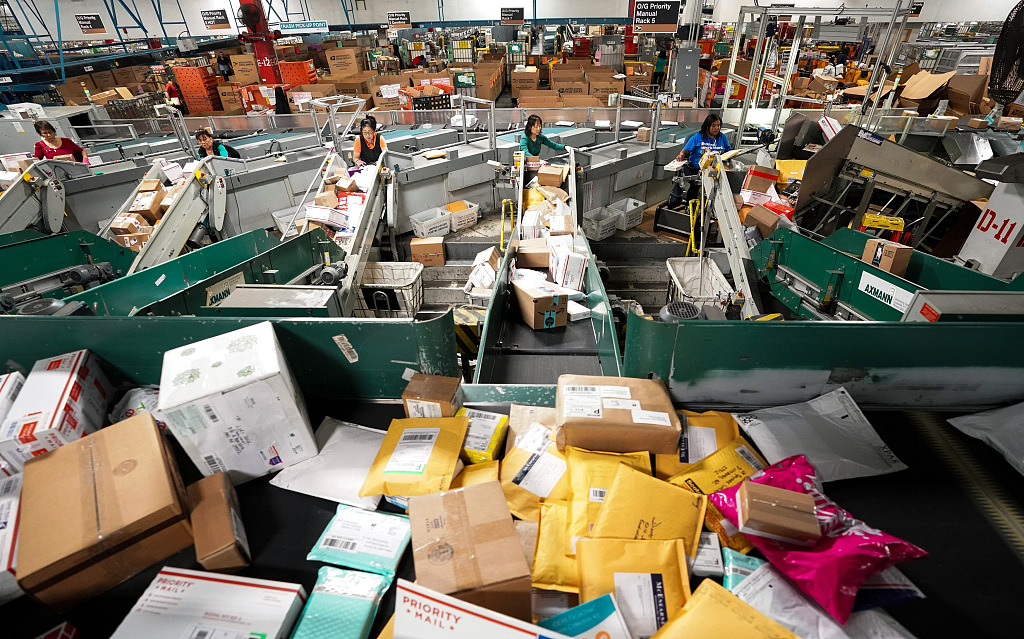 How many packages have Chinese people sent in one second?

In 2017, Chinese people sent 1,270 packages per second on average. Though starting from scratch at the beginning of reform and opening-up, China’s courier sector has witnessed dramatic development in the past 40 years, with the volume of packages handled in the country ranking 1st in the world continuously since the year 2014, with more than 40 billion packages delivered per year.

127,000 kilometers, a length that is equivalent to more than three times around the earth, was the navigable length of China’s inland waterways at the end of 2017, as well as the total operating mileage of Chinese railways. 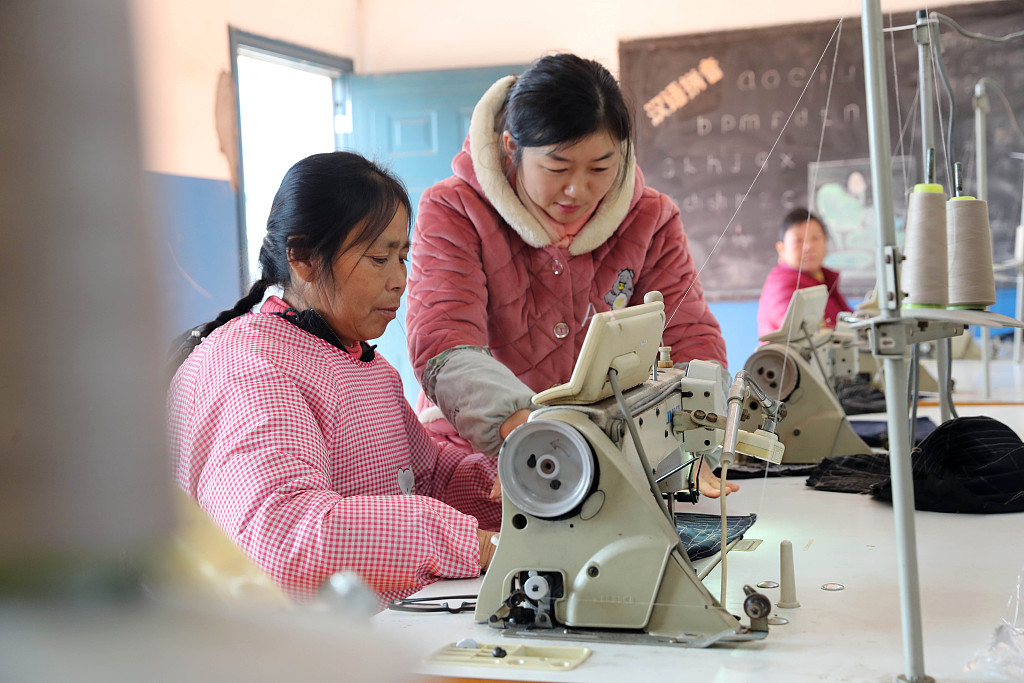 How many people have been lifted out of poverty per day in China?

The answer is 50,000 people. From the year 1978 to the end of 2017, China has freed a total of 740 million people from poverty, which is equivalent to the population of the entire Europe.

China’s has also made remarkable contributions to the world with its accomplishments in poverty reduction during the past 40 years. According to statistics released by The World Bank, more than 70 of every 100 people lifted out of poverty around the globe are from China.

How much value could be created in China’s tertiary industry in one day?

In 2017, China’s tertiary industry generated 117 billion yuan per day on average, while back in 1978, the value created in this sector in the whole year was 90.5 billion yuan. With continuous growth of the consumption capability of Chinese people over the past 40 years, consumption has become the driving force for nearly 60 percent of China’s economic growth.

How long has it taken China to produce 100 million yuan worth of goods?

In 1978, the answer was more than 5 hours, while the answer today is less than 2 minutes. In the year 2017, the value added by China’s industrial sector reached 28 trillion yuan, up 53 times from 40 years ago, and equivalent to an average annual growth of more than 10 percent.

In 1990, manufacturing in China only accounted for 2.7 percent of the world’s total. However, the proportion rose to 19.8 percent in the year 2010, lifting China’s position in the world rankings of the manufacturing industry from 9th to 1st in the world. China has steadily maintained this position since then.

How much more disposable income do Chinese people enjoy today than they did in 40 years ago?

The answer is nearly 100 times more in absolute terms.

During the past 40 years, China has managed to more than double its grain output without expanding the area of cultivated land. This guaranteed the whole country’s food security by materializing a growth in grain output from over 300 billion kilograms in the whole year to today’s nearly 500 kilograms per capita.

How many people went from being unemployed to getting a job in China per day on average over the past 40 years?

While the total population has grown by 40 percent, the employed population in China has nearly doubled during the past 40 years. 776 million people now have jobs.

From 2013 to 2017, China had seen an annual increase of more than 13 million people in employment on average and maintained a steady registered urban unemployment rate of around 4 percent.

In the meantime, an average of over 40,000 new market participants were added to the country’s market per day, while the ratio of jobs to job hunters in the labor market of China stayed above 1.0, meaning there were more jobs than job seekers.

The per capita disposable income of Chinese residents had been increasing at an annual rate of 11.5 percent on average from the year 2013 to 2017, faster than the growth of the country’s GDP in the same period.

How long has it taken Chinese people to earn 10,000 yuan per capita?

If calculated in terms of disposable income, the answer would be more than 58 years in 1978, while which would be over 4 months in the year 2017.

How much has forest area in China increased  during the 40 years of reform and opening-up?

The answer is 1 mu (a Chinese unit of area that is equivalent to 0.0667 hectares) per capita if it were divided among over 1.3 billion people.

With China’s great efforts to accelerate its industrial restructuring in these years with the aim of pursuing green development, the proportion of clean energy such as natural gas, hydropower, nuclear power, and wind power has grown to more than 20 percent in China.

As Chinese President Xi Jinping has said in his speeches in many occasions, “Lucid waters and lush mountains are as valuable as gold and silver.” China witnessed 1.39 billion trips of tourists engaging in forest tourism in 2017, which is equivalent to 1 trip per capita, generating a social comprehensive output value of over 1 trillion yuan.

How many patent applications are submitted in China in one day?

In 1985, China’s first-ever application for a patent was made. And in 2017, China received nearly 3.7 million filings for patent applications in one year. Half of them were approved in the end.

China has continuously ranked first in the world in the number of applications for patents of inventions since the year 2011, surpassing the European Union, South Korea, Japan, and the US.

China ranks the second in the world in filings concerning applications for international patents in foreign countries, while China’s IP office had the most trademark filing activities in the world last year.

In addition, scientific papers from China were cited the second-most frequently around the world in 2017.