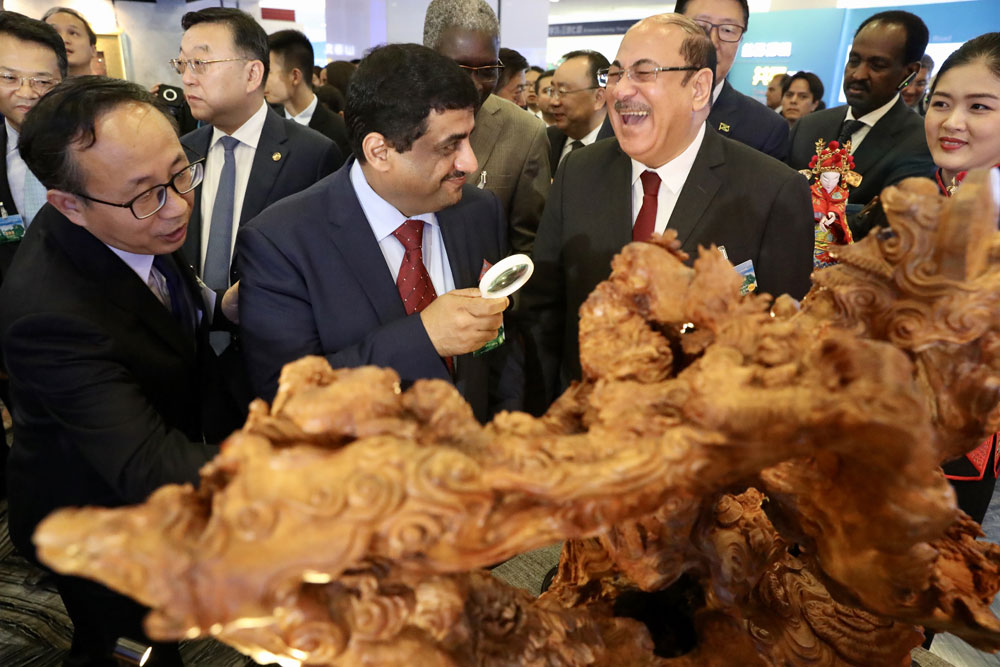 Visitors examine a carving from Putian, Fujian province, at a Beijing event held by the Ministry of Foreign Affairs on Friday to promote the province to executives and envoys. (Photo: China Daily)

Fujian province's ecological and business environment is boosting the confidence of foreign investors, who plan to invest more money, international business executives and diplomats said at a symposium hosted by the Ministry of Foreign Affairs in Beijing on Friday.

Fujian is working to build an eco-province and has greatly improved its business environment, State Councilor and Foreign Minister Wang Yi said on Friday at the event promoting Fujian in Beijing.

Through May in 2019, the province saw a steady rise in investment and foreign trade－with exports up by 10.9 percent year-on-year, 5 percentage points above the national average－provincial Vice-Governor Guo Ningning said.

ABB, a digital technology company based in Switzerland, has invested 2 billion yuan ($290.7 million) to build a business hub.

Indonesia's Ambassador to China Djauhari Oratmangun said business and investment from Indonesia has added to Fujian's digital economy, and said he expects to see more cooperation.

Fujian's digital economy hit 1.4 trillion yuan in 2018. Its growth rate of 22 percent was second in China, the provincial government said.

Fujian has also worked to build an ecologically friendly province.

"A sound ecosystem is a core competitive strength that underpins its development," said Yu Weiguo, secretary of the Fujian Provincial Committee of the Communist Party of China. He noted Fujian's high ranking in air and water quality and forestry coverage.