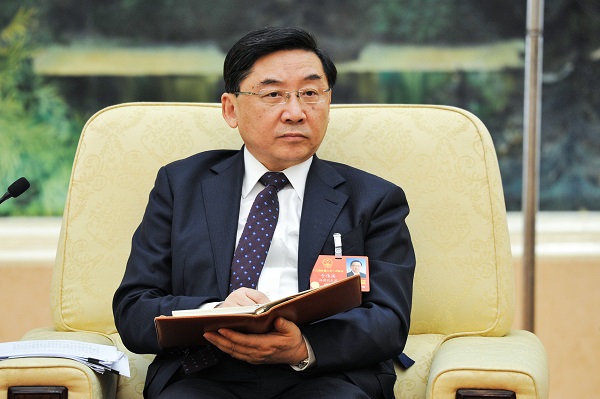 The Provincial Party Secretary Yu Weiguo of Fujian province in Southeast China pledged to continue to support private enterprises and spur the development of the private sector with a series of supporting measures.

Fujian boasts a vibrant private sector. In 2017, the added value of the private sector made up 67.2 percent of the whole province’s GDP, and contributed to 70.5 percent of total tax revenues and more than 80 percent of new employment, Yu told People’s Daily in an interview.

In recent years, Fujian has issued over 30 policy documents, to promote the upgrade and development of first enterprises, small and medium enterprises and boost foreign trades, Yu said.

The secretary of Fujian Provincial Committee of the Communist Party of China (CPC) said that great efforts have been made to integrate information technology and artificial intelligence into the industrial development, so as to advance smart manufacturing and inject vitality to traditional industries.

Moreover, an 8 billion fund was established to push for technology transformation and innovation. Manufacturers that are recognized as provincial innovation pioneers will be funded 10 million RMB, said Yu.

The supportive measures will continue to be deepened by expanding market access, reducing taxes and fees while facilitating financing so as to create a better environment for private-owned companies, Yu added.

General Secretary Xi Jinping worked in Fujian for 18 years, during which he summarized the experience of Jinjiang, a city administered by Quanzhou, as a guide for the reform and development of Jinjiang and Fujian as a whole, Yu explained.

He recalled that Xi attached great importance to the private economy and showed strong support to the development of private sector, and always stressed that privately-owned companies should concentrate on developing real economy.

The government will continue to build a new type of cordial and clean relationship between government and business proposed by General Secretary Xi when he worked in Fujian, so as to provide convenience for private entrepreneurs and businesses, and develop the private sector, said Yu.