CHINA Fujian COVID outbreak can be reined in by October, experts say

Fujian COVID outbreak can be reined in by October, experts say 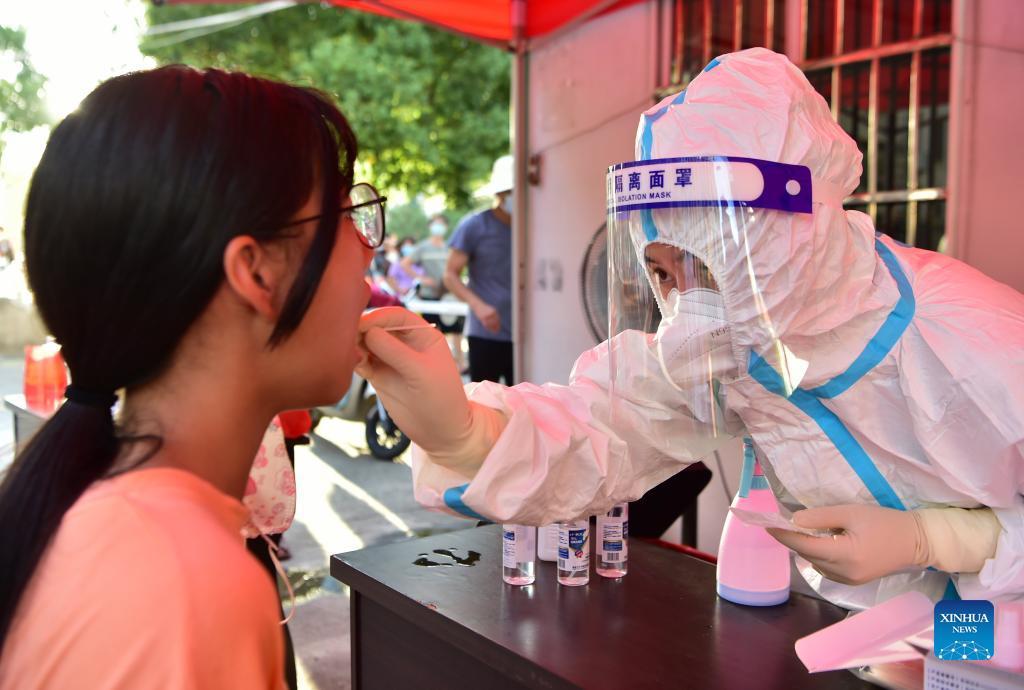 The novel coronavirus outbreak in Putian, Fujian province, will likely spread to more regions across China, but can be brought under control before the National Day holiday in October with the implementation of strong control measures, health experts said on Monday.

In Putian, where the first case of the outbreak surfaced on Friday, there were a total of 58 confirmed infections and 21 asymptomatic cases as of 8 pm on Monday, the local government said.

The virus has also spread to two other cities in the province. As of Sunday, Quanzhou, which neighbors Putian, reported seven confirmed COVID-19 cases that were either from or linked to Putian. As of 6 pm on Monday, Xiamen registered 12 cases, with 11 of them clearly linked to Putian, and one being a logistics worker at a local hospital.

The National Health Commission sent a working group to Putian on Saturday to guide the virus containment efforts. Members of the team said that the city's epidemic situation is severe and complicated, and it is highly possible that more cases will emerge in communities, schools and factories in the coming days.

"The risk of the virus being transmitted to other areas remains," the working group said in a China Central Television report on Monday.

The local government in Putian said over the weekend that the cluster of infections likely stemmed from a passenger who arrived in Fujian from Singapore on Aug 4 and was released from quarantine on Aug 26. The passenger, as well as his two children, tested positive for the virus on Friday.

The working group said that from Aug 26 to Sept 10, an estimated 30,000 people had left Putian and traveled out of Fujian to other areas of China.

Regional authorities across the country have moved to track these people down and urged them to voluntarily report their condition to neighborhood authorities.

The Putian outbreak surfaced in a primary school. The working group said children ages 3 to 12 account for a significant proportion of infected people. The children, who are often unvaccinated, are at higher risk of experiencing worsening symptoms.

Members of the working group sent to Putian said most infections in the city are now clustered in the primary school and a shoe manufacturing plant.

Preliminary test results also show that the outbreak is caused by the highly transmissible Delta strain, according to local authorities.

Since May, China has successfully stamped out several local COVID-19 outbreaks driven by emerging variants. The virus-control strategies feature mass testing, swift tracing and quarantining of close contacts, and targeted small-scale lockdowns that minimize the impact on communities.

Experts said that if the measures deployed to successfully control past outbreaks are rigorously implemented, the current outbreak can be brought under control before this year's National Day holiday running from Oct 1 to 7.