Fuzhou Changle International Airport found fossils in packages exported by air express. The two fossils were identified as skulls of the small reptile Monjurosuchus from between the Jurassic and Cretaceous periods. 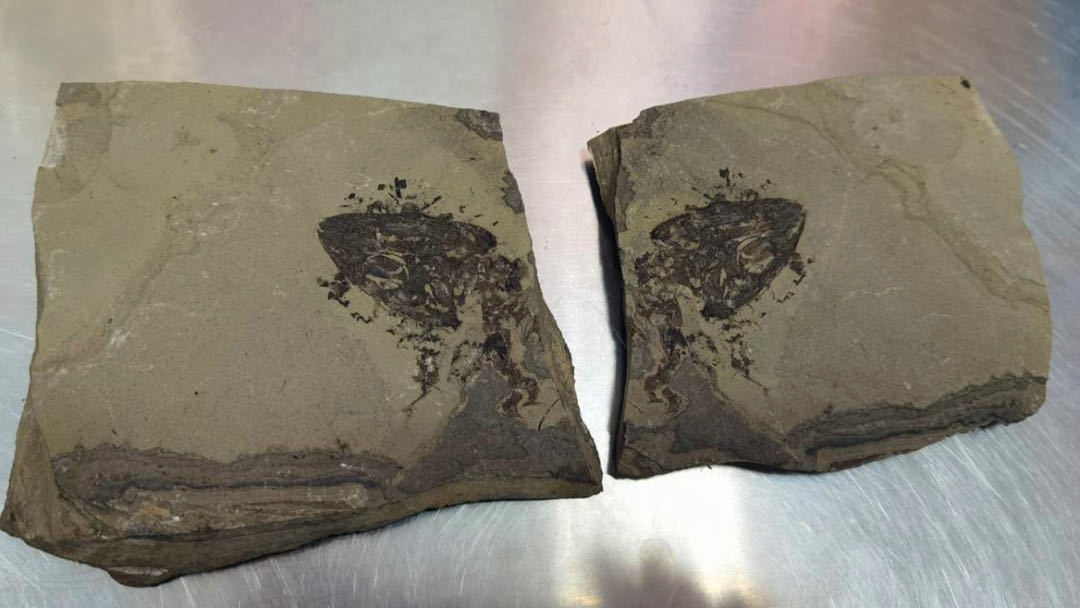 The company in Fujian Province declared it was exporting Class C goods such as backpacks. During a safety check, an officer found that an image of an item was different from the goods the company had declared. After opening the box and checking the goods, the officer found the actual goods were two rocks with clear textures. The officer thought they might be fossils, and sent the goods to an anti-smuggling organization.

The person in charge of the customs of Fuzhou Changle International Airport noted that fossils are prohibited goods.