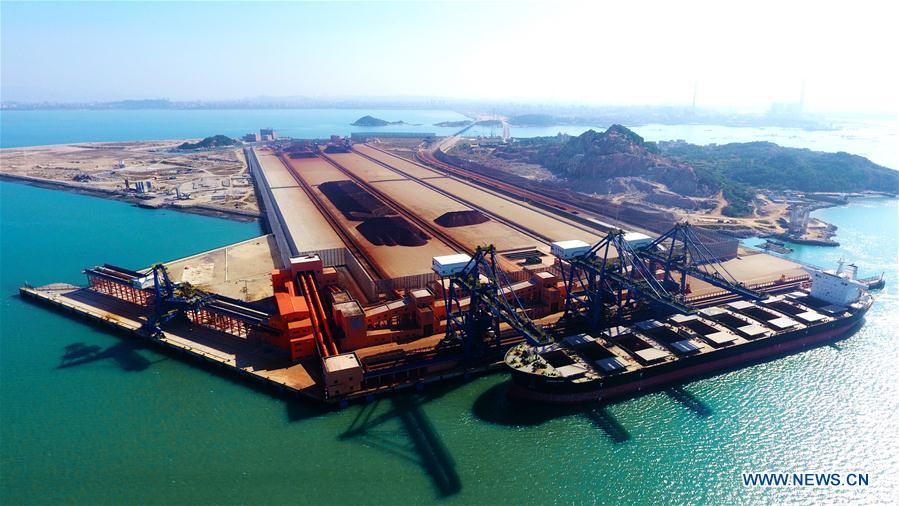 Fujian, a coastal province in eastern China, saw an increase of more than 11 percent in its trade volume with countries and regions along the 21st Century Maritime Silk Road, provincial Governor Tang Dengjie said while delivering a government work report a week ago.

According to China News Service, Fujian opened 16 shipping routes and ran 175 Taiwan-Fujian-Europe cargo trains to 30 cities in Europe and Asia amid its efforts to speed up the development of the core area of the 21st-Century Maritime Silk Road construction last year, said Tang.

“Fujian will promote the core area of the 21st-Century Maritime Silk Road construction both in substance and depth in 2019,” Tang said in the work report last week.

“Efforts will be put into supporting the opening-up and development of Pingtan County and building it into an international tourism island,” according to the report.

Situated between Taiwan and Haitan straits, Pingtan is an island county in Fujian Province whose natural beauty has captivated numerous visitors from China and abroad.

Fujian invested $730 million in 65 projects in countries and regions along the Maritime Silk Road last year, according to the report.

In recent years, with its port cities as strategic drivers for maritime cooperation, Fujian focused on building the Xiamen Southeast International Shipping Center, and upgrading airports in the city of Fuzhou, Xiamen and Quanzhou into gateway airports. As a part of efforts to explore markets of countries along the Belt and Road, Fujian also pushed for the construction of national comprehensive transport and logistics hubs in Fuzhou, Xiamen, Quanzhou, said Tang.

Ports have become a new platform for Fujian to fully open up to the outside world, facilitating economic and trade cooperation between Fujian and countries and regions along the 21st-Century Maritime Silk Road, said Fan Meiqing, a member of the Standing Committee of the People's Political Consultative Conference.

Fujian will make “Silk Road Shipping” a world-famous shipping and logistics brand with international competitiveness and a good reputation, creating a new platform and new engine for international economic and trade communication with countries and regions along the 21st-Century Maritime Silk Road, according to the Fujian Development and Reform Commission.

Fujian will also ramp up efforts to advance the building of the core area, hub airports, main-line railways and highways, develop international maritime and air routes, and improve the corridor for Taiwan-Fujian-Europe cargo trains.

Furthermore, Fujian will drive the development of an information corridor with ASEAN countries, which is aimed at providing ASEAN countries Chinese solutions in the fields of telecommunication and remote sensing and navigation, and vigorously develop a maritime silk road satellite data service center, which will provide standard data products, value-added products and a satellite remote sensing application system.