BEIJING, Dec. 8 (Xinhua) -- The following is the full text of Xi Jinping's congratulatory letter to the Association of National History of the People's Republic of China (ANHPRC) on the 30th anniversary of its founding. 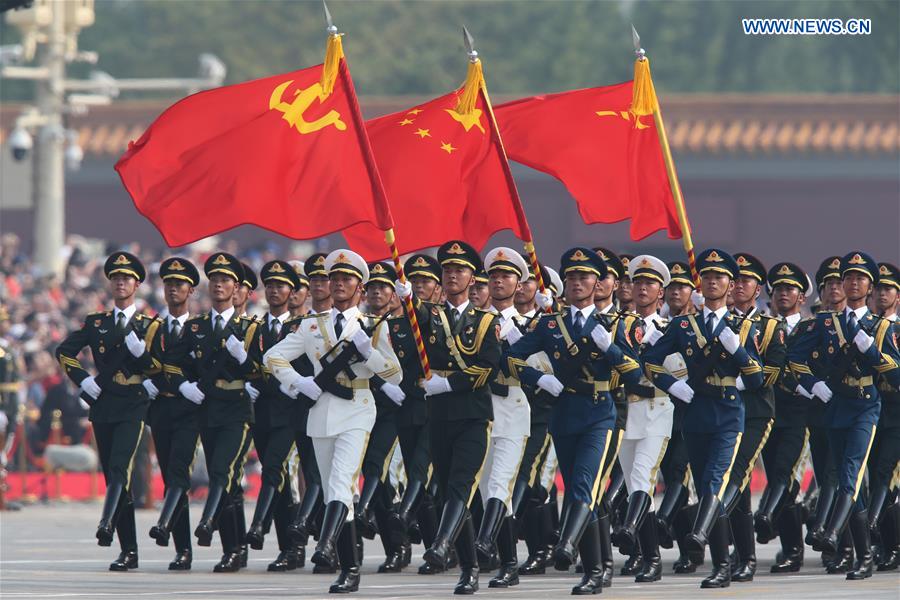 A formation of Guard of Honor marches in the parade during the celebrations marking the 70th anniversary of the founding of the People's Republic of China (PRC) in Beijing, capital of China, Oct. 1, 2019. (Photo: Xinhua)

On the occasion of the 30th anniversary of the founding of the ANHPRC, I would like to extend warm congratulations and sincere greetings to all the comrades of the ANHPRC and the vast number of Chinese history researchers throughout the country.

The ANHPRC has made contributions to the research on and publicity of the history of New China, and to the education on it as well since its founding 30 years ago. I hope that staff in the ANHPRC will thoroughly study and implement the spirit of the 20th CPC National Congress, adhere to the correct political orientation and historical materialism, take as the guide the latest achievements of adapting Marxism to the Chinese context and the needs of our times, further unite the vast number of national history researchers, firmly grasp the main theme and mainstream nature of national history, constantly improve the level of research, innovate the way of publicity, and strengthen education and guidance. I hope that the study of history will inspire the people to strengthen their confidence in history and their initiative in history, better pool the strength of hard work, and make new contributions to building a modern socialist country in all respects and advancing the great rejuvenation of the Chinese nation on all fronts.