CHINA Fun things to know about the Spring Festival Galas

Fun things to know about the Spring Festival Galas 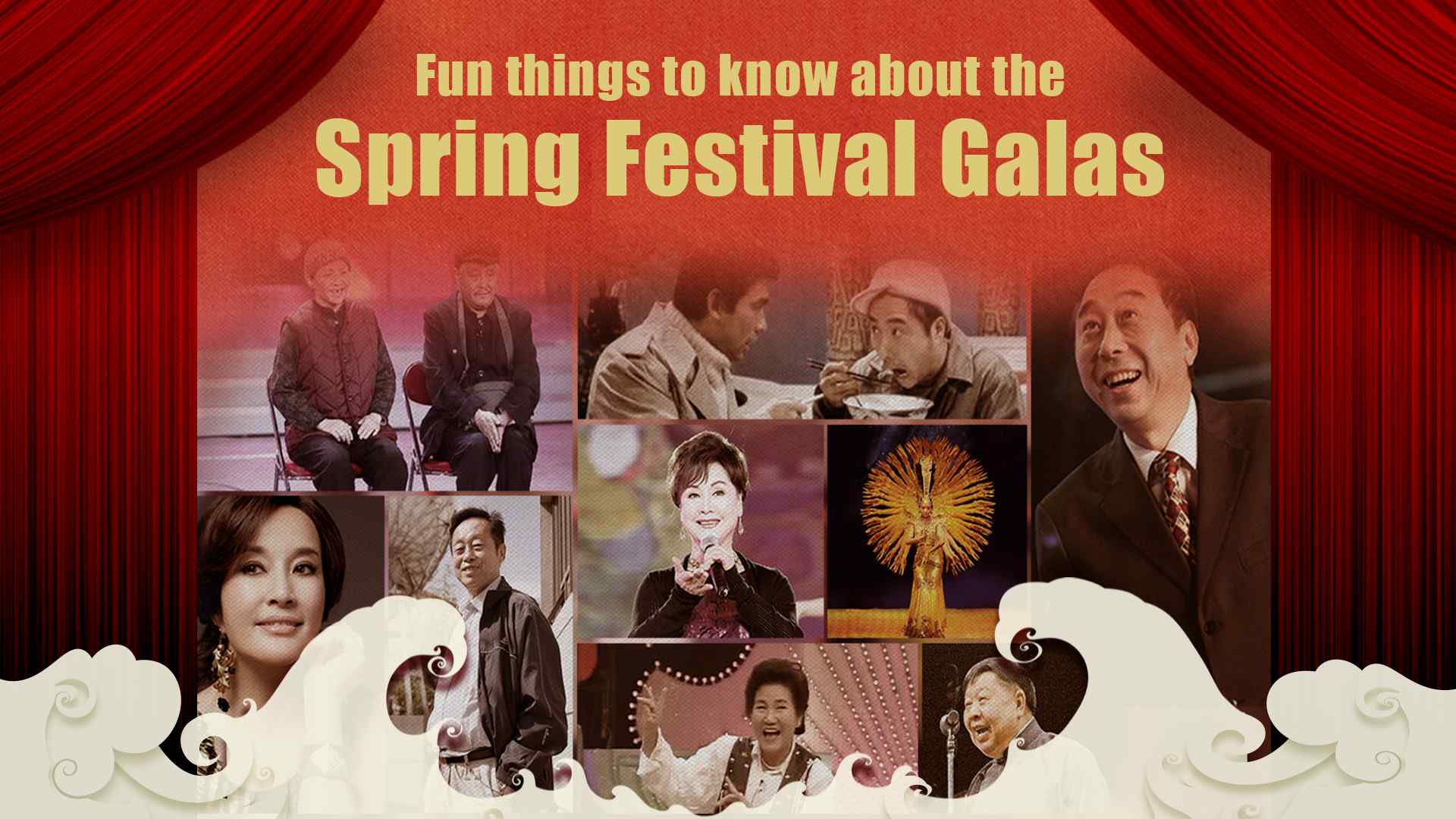 The annual Spring Festival Gala is about to kick off tomorrow. Abbreviated in Chinese as Chunwan, the Gala aired on the eve of Chinese New Year has become a tradition and is one of the most premier shows of China.

With the largest audiences, the Spring Festival Gala is recognized by Guinness World Record as the world's most watched television program in 2012.

With a  history of more than three decades, there are many fun things to know. 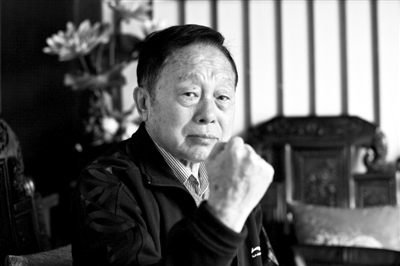 The first Spring Festival Gala was held in1983 for which Huang Yihe was the first director. There were no special hosts for the Gala, four celebrities in the entertainment circle did the job including late famous cross talk master Ma Ji, and famous actress Liu Xiaoqing.

At the first Chunwan, Li Guyi, known as “Teresa Teng on the Chinese mainland” at the time, sang six songs and became the singer that sang the most at the Gala.

First performed on 1984's Spring Festival Gala, the lyrics of “Unforgettable tonight” are easy to understand, and the melody is quite catchy.

Since 1984, the song sang by Li Guyi has become a classic ending of the Gala. And it has become an integrated memory of the festival for many people.

“Eating Noodles” performed by Zhu Shimao and Chen Peisi at the 1984's Chunwan marked the first time comedy sketches were shown to Chinese audiences. Since then, comedy sketches have become people's favorite kinds of programs on Chunwan. 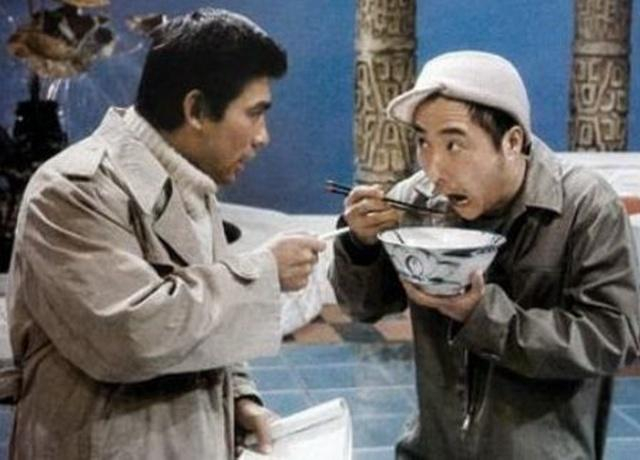 Zhao Lirong, the late comedy sketch artist, is considered one of the most beloved actresses on Chunwan. Since 1988, Zhao has performed in eight comedy sketches on the platform of Chunwan, and all her works are well received by audiences. 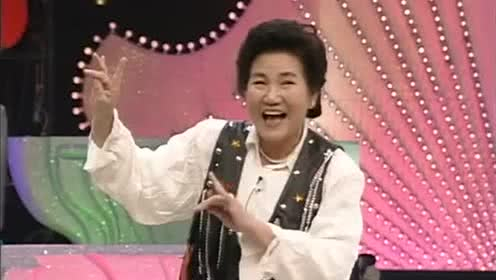 “Baiyun,” “Heitu,” the names of the old couple from the countryside of northeast China, literally means “cloud” and “earth.” The couple is one of the classic characters to have appeared on Chunwan. Comedy sketch shows about the couple were performed on 1999, 2006, 2007 and 2008's Chunwan. 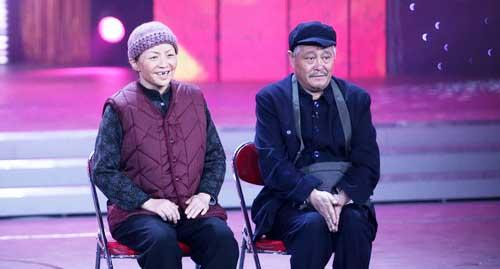 Baiyun and Heitu /Screenshot by CGTN

“I miss you guys so much!” is probably the most classic line from the comedy sketch artist Feng Gong. He has performed on Chunwan for 33 years, and his greetings have become Chunwan's must-hear line, and it makes audiences laugh every time. 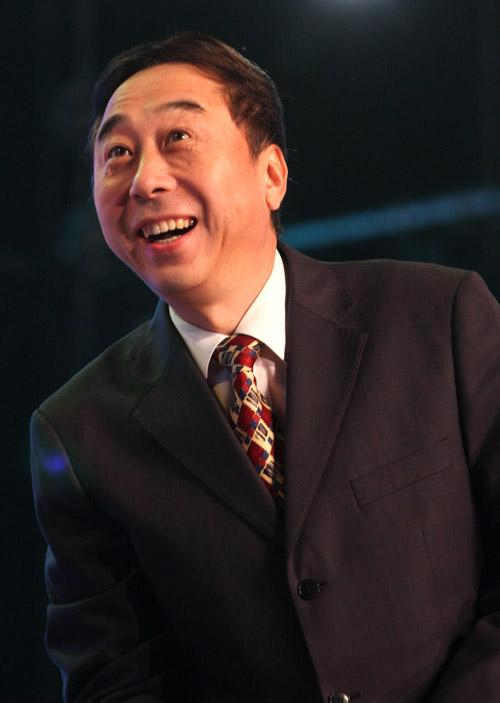 2005's Chunwan was unforgettable. Audiences were amazed by the performance of the China Disabled People's Performing Art Troupe. 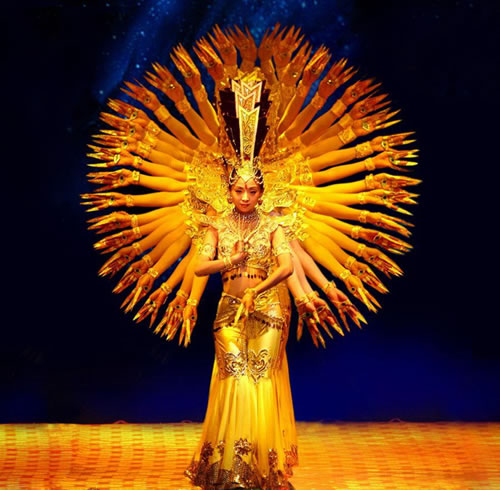 The 21 deaf performers, with an average age of 21, danced to life, creating an endless and ever-changing visual impact that won "emotional and tearful" comments.

After Chunwan, the team went abroad and were invited to perform in many other countries such as the United States and Laos.