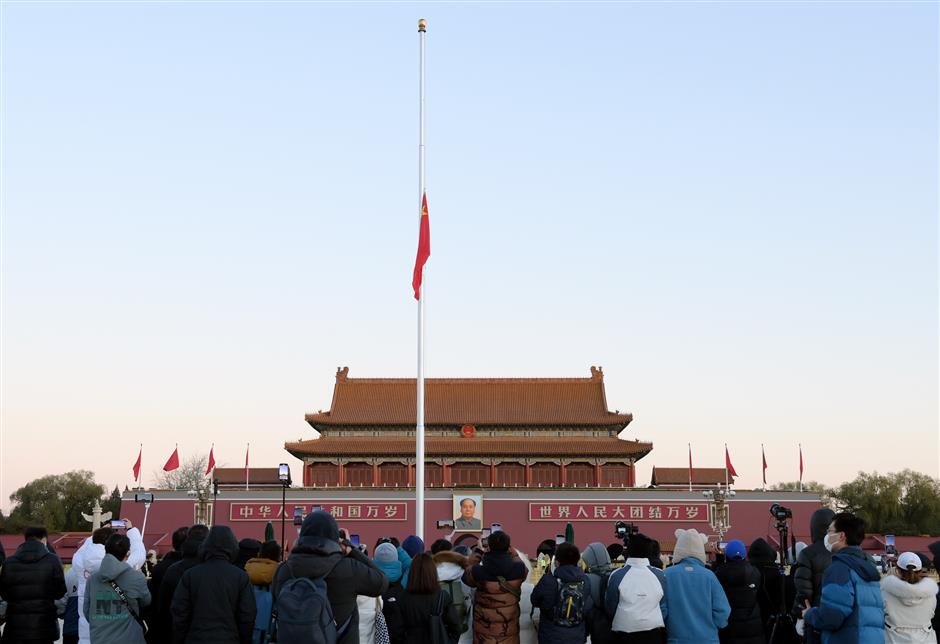 The No. 3 Announcement expressed heartfelt gratitude toward the heads of state and government, parliaments, government departments, political parties, friendly organizations, and prominent figures from various circles in many countries, chiefs of a number of international organizations, many countries' diplomatic envoys to China, foreign friends in China, overseas Chinese, and compatriots in Hong Kong, Macao and Taiwan, who have sent a large number of messages and letters of condolence, issued statements, made remarks and participated in memorial services to express their grief and profound sympathy.

Under the strong leadership of the Communist Party of China Central Committee with Comrade Xi Jinping at the core, the whole Party, the entire military, and the people of all ethnic groups in China are determined to hold high the great banner of socialism with Chinese characteristics, fully implement Xi Jinping Thought on Socialism with Chinese Characteristics for a New Era, adhere to the basic theory, line, and policy of the Party unswervingly, turn grief into strength, ensure coordinated implementation of the Five-Sphere Integrated Plan and the Four-Pronged Comprehensive Strategy, work to build a community with a shared future for humanity, and strive in unity to build a modern socialist country in all respects and advance the great rejuvenation of the Chinese nation on all fronts, according to the announcement.

Jiang was hailed as an outstanding leader enjoying high prestige acknowledged by the whole Party, the entire military, and the Chinese people of all ethnic groups.

Jiang was a great Marxist, a great proletarian revolutionary, statesman, military strategist and diplomat, a long-tested communist fighter, and an outstanding leader of the great cause of socialism with Chinese characteristics. He was the core of the Party's third generation of central collective leadership and the principal founder of the Theory of Three Represents.