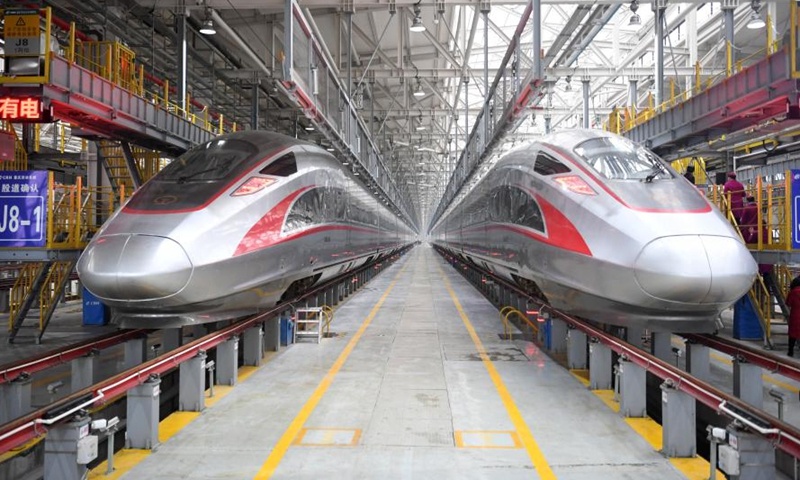 As the construction of the main track of Lhasa-Linzhi Railway is completed, the railway on the Qinghai-Tibet Plateau will soon begin operations, and the China-developed Fuxing bullet train will be used on it, which means the Fuxing bullet trains will cover all provinces in the Chinese mainland, according to China Railway.

According to media reports on Tuesday, the Fuxing trains that will run on the Lhasa-Linzhi Railway are equipped with both electricity and internal combustion engines as required by the high-altitude geography of the region.

Lhasa-Linzhi Railway runs along the Yarlung Zangbo River between the Gangdise block and the Himalayan block on the Qinghai-Tibet Plateau in Southwest China's Tibet Autonomous Region, with 90 percent of the railway above 3,000 meters, the Xinhua News agency reported.

The bullet train will switch from electric power to an internal combustion engine at emergency when running on the high-altitude plateau, said the Xinhua report, citing a person related to the railway project.

The trains are designed to travel at 160 kilometers an hour, and equipped with oxygen supplies, the Xinhua report said.