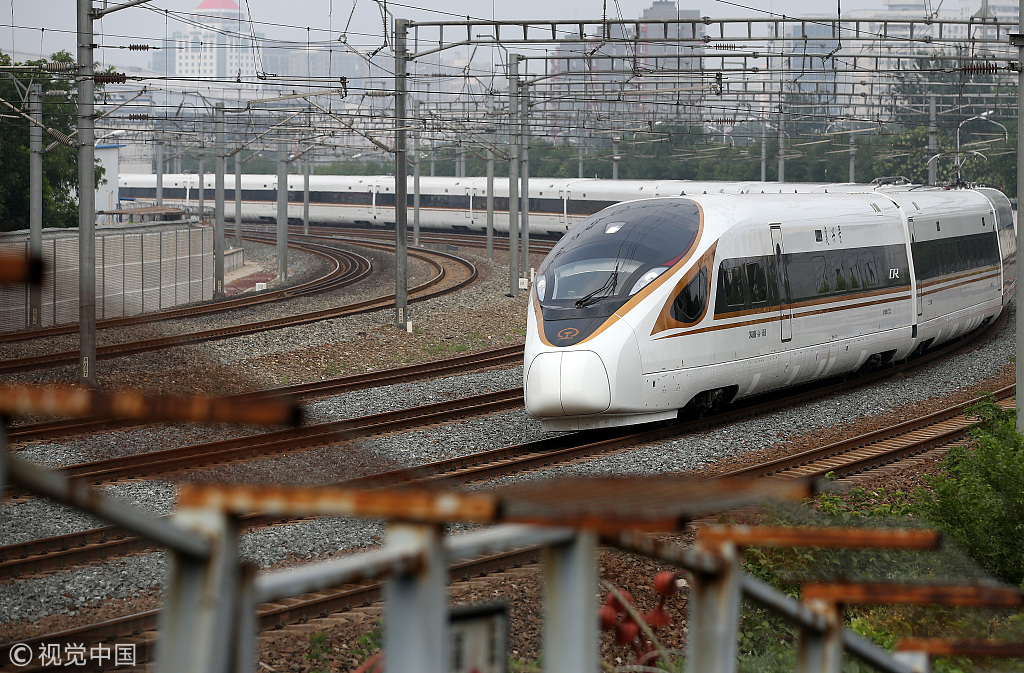 On August 1, 2008, with the first high-speed train designed to travel at speeds of up to 350 kph, the Beijing-Tianjin intercity railway was officially opened. It took less than 30 minutes from the Beijing South station to the Tianjin Station.

In August 2011, the speed of the Beijing-Tianjin intercity trains was reduced to 300 kph, based on the requirements of the former Ministry of Railways.

The maximum speed of the trains increased to 350 kph between Beijing and Shanghai on September, 21, 2017, cutting the journey between the Chinese capital and the country's major financial hub to four hours and 28 minutes.

The railway department upgraded the train for the Beijing-Tianjin intercity railway in June.

In 2020, a high-speed intercity rail between Beijing and the Xiongan New Area in north China's Hebei Province will be put into use, the CRC announced.