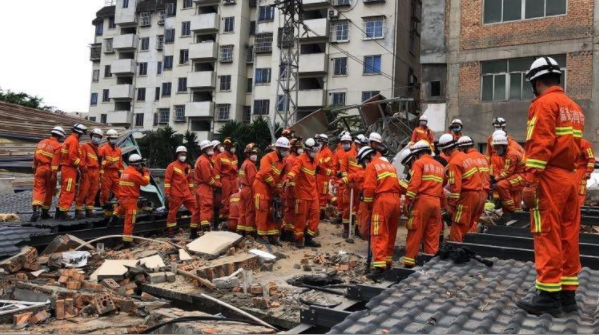 A building collapsed in an industrial area in the Cangshan District in Fuzhou, capital of southeast China's Fujian Province, at 5:50 a.m. BJT on Saturday (2150 GMT, Friday).

One person has died of injuries following Saturday's building collapse.

The deceased was one of the 15 people who were rescued and hospitalized as of this afternoon, six of whom have been discharged from the hospital.

According to firefighters, the five-story structure was self-built in 2003.

Following the incident, people living near the site have been evacuated and a district-wide safety inspection has been carried out on self-built houses and dilapidated houses.

A total of 17 people were found trapped by rescuers as of 2:00 p.m. and 15 of them were pulled out and sent to the hospital, according to Fuzhou authorities.

The cause behind the incident remains unclear, and teams of medics, police and emergency staff are working at the scene for any survivors.

Fourteen people who were trapped under the rubble have been rescued and hospitalized, including one person with serious injuries.

The owner of the building has also been detained by the police.

A preliminary investigation confirmed that seven out the 10 trapped have been rescued and sent for medical treatment. 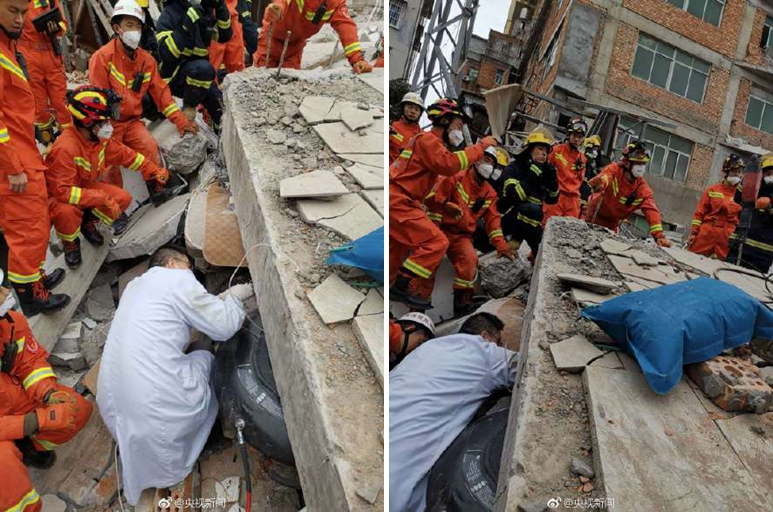 At least seven people were trapped under the rubble after the collapse.

Two of the trapped people have been rescued, according to local authorities.

A search and rescue operation is underway.