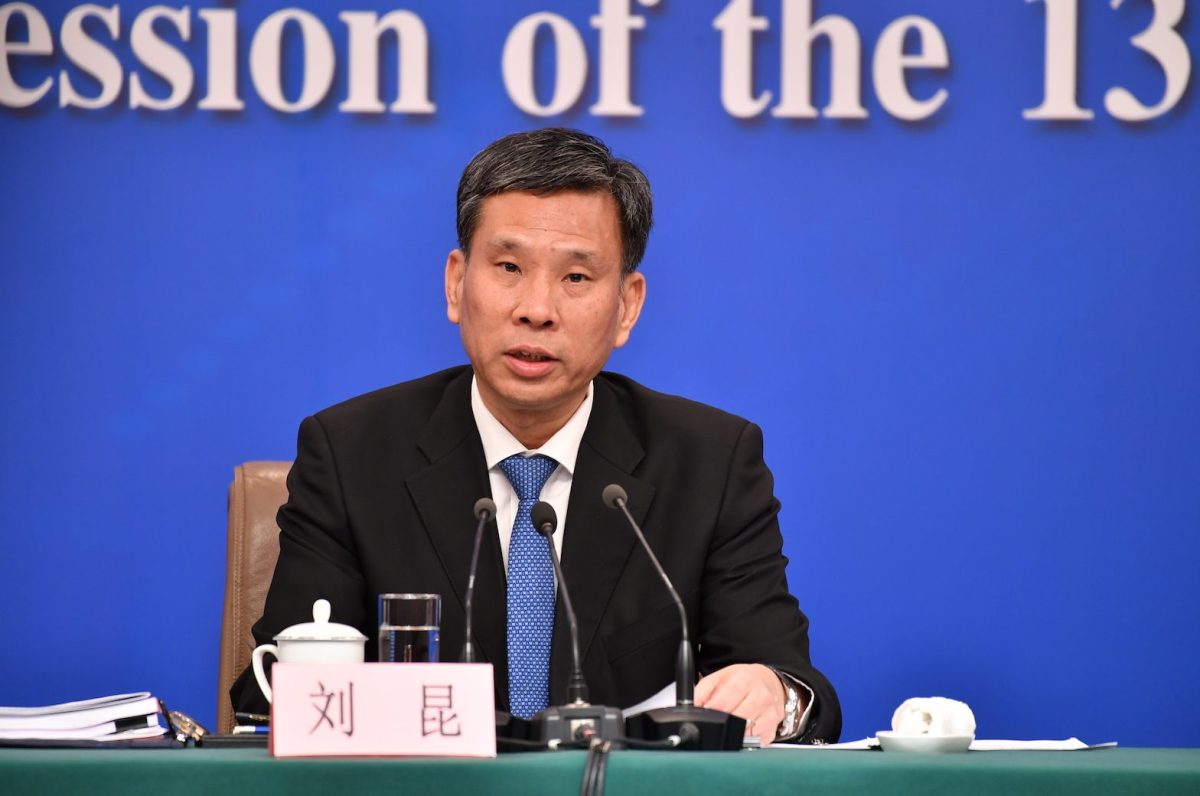 BEIJING, April 21 (Xinhua) -- In the face of risks and challenges, all G20 members should work together to help stabilize the world, Chinese Finance Minister Liu Kun said.

Liu made the remarks when addressing the G20 Finance Ministers and Central Bank Governors Meeting held in Washington, D.C. both online and offline on April 20-21.

He added that G20 members should establish a sense of community, adopt responsible economic policies and explore innovative momentum to energize global growth, as well as address the concerns of developing countries through multiple channels and ensure that people's livelihoods are not impacted.

China welcomes all parties to support and participate in the Global Development Initiative, with a view to accelerating the implementation of the UN 2030 Agenda for Sustainable Development, Liu said.

China will continue to work with all parties to improve the global health governance system and strengthen financing cooperation against the pandemic under the framework of the World Health Organization, so as to implement the important consensus reached by G20 leaders, he said.

To promote green and low-carbon development, China supports sharing financial policy experience in response to climate change at the G20 Finance Track in line with its mandate and relevant principles of the United Nations Framework Convention on Climate Change, said Liu.

As for statements made by some G20 members about the impact of geopolitical factors on the global economy, the Chinese side stressed that China opposes politicizing economic issues, and the G20 should be faithful to its own mandate and ensure that the discussions focus on economic impacts and take a comprehensive and balanced approach.