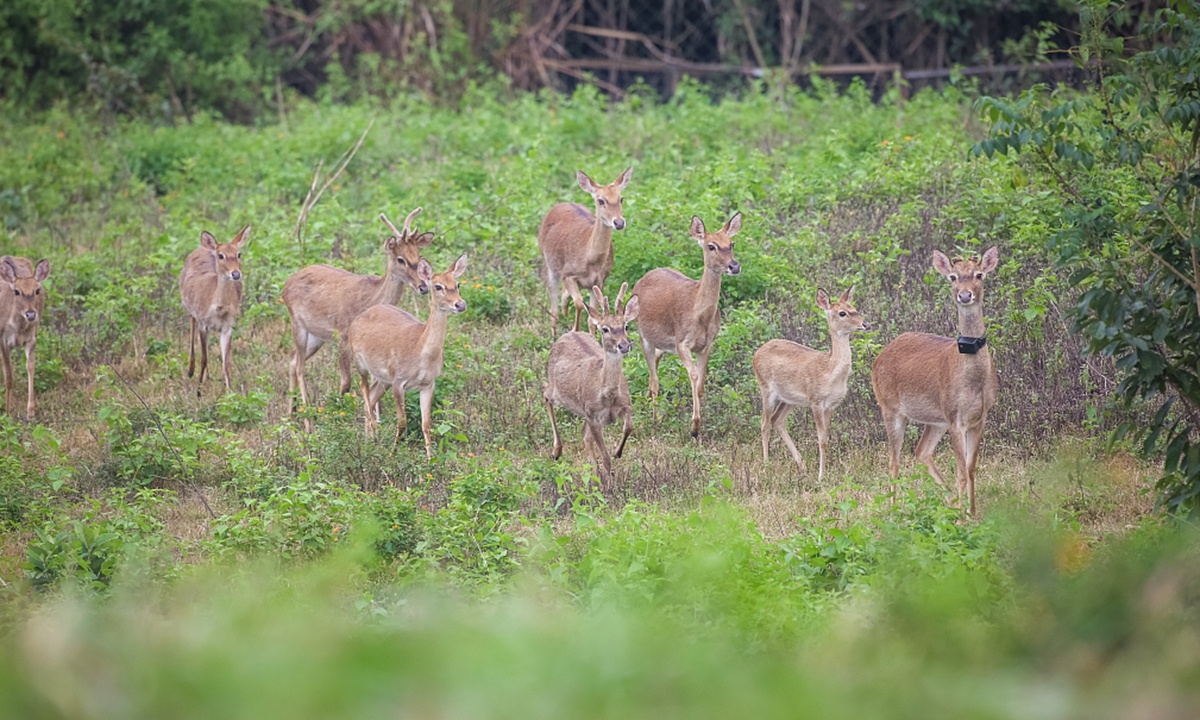 The Group of 77 and China on Wednesday called for the inclusion of a strong resource mobilization component in a post-2020 global biodiversity framework to be adopted at next year's UN Biodiversity Conference in Kunming, China.

Mohamed Irfaan Ali, the president of Guyana, made the plea in a pre-recorded statement on behalf of the G77 and China at the UN Biodiversity Summit.

This summit must exhibit the political will for a post-2020 global biodiversity framework, consistent with the 2030 Agenda for Sustainable Development. The framework must also include a strong resource mobilization component, he said.

COVID-19 has gravely exacerbated the already daunting development challenges, and risks eroding the development gains achieved over decades. The effects of the pandemic will worsen the degradation of biodiversity and result in a substantial increase in global poverty, he said.

"Therefore, we call for a commitment to increase the mobilization of resources to allow for the actions needed to halt biodiversity loss. This will involve developed countries substantially increasing their financial commitment to the implementation of the post-2020 global biodiversity framework in developing countries."

The G77 and China asked for urgent action to reduce the degradation of natural habitats, halt biodiversity loss, protect and prevent the extinction of threatened species.

"We are deeply concerned that up to 1 million species currently face the threat of extinction, more than at any other time in human history. And we deeply regret the potentially high number of species that disappeared in the past centuries, most of which have gone unaccounted for," he said.

"We urge the international community to strengthen its efforts to counter these trends and protect the ecosystems, including the restoration of degraded forests, and to substantially increase afforestation, reforestation and conservation globally, based on the principle of common but differentiated responsibilities."

Halting biodiversity loss is a common goal of humanity. Every country should be engaged in this endeavor to the best of its capability, he said.