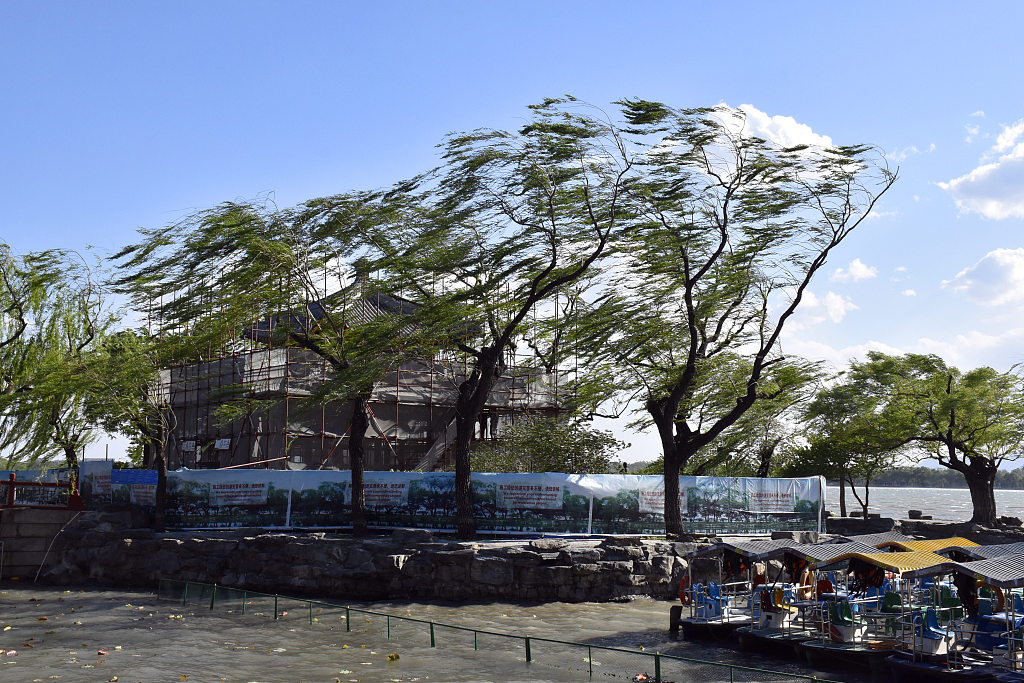 BEIJING, May 20 (Xinhua) -- Beijing continued with a blue alert for strong winds on Monday, after gales began to sweep across the capital city on Sunday, killing at least four people and disturbing traffic.

The blue alert for strong winds was put up by the Beijing Meteorological Bureau early Sunday, and the five suburban districts of Tongzhou, Yanqing, Changping, Huairou and Shunyi upgraded the alert to yellow later on, as these regions were hit by gales as high as 9 grades, which means the speed of wind topped 24.4 meters per second.

Strong winds knocked down trees, causing traffic jams in many parts of the capital city. More than 100 flights were canceled or diverted to other airports and some trains arrived late as the rail facilities were destroyed by fallen trees.

The wind toppled a wall near the Dongzhimen bridge in the city center and killed three pedestrians, and a delivery driver was killed by a fallen tree in western Beijing.