China's gaming sector has shown strong signs of a robust recovery this year despite tighter regulations, a new report said on Wednesday. 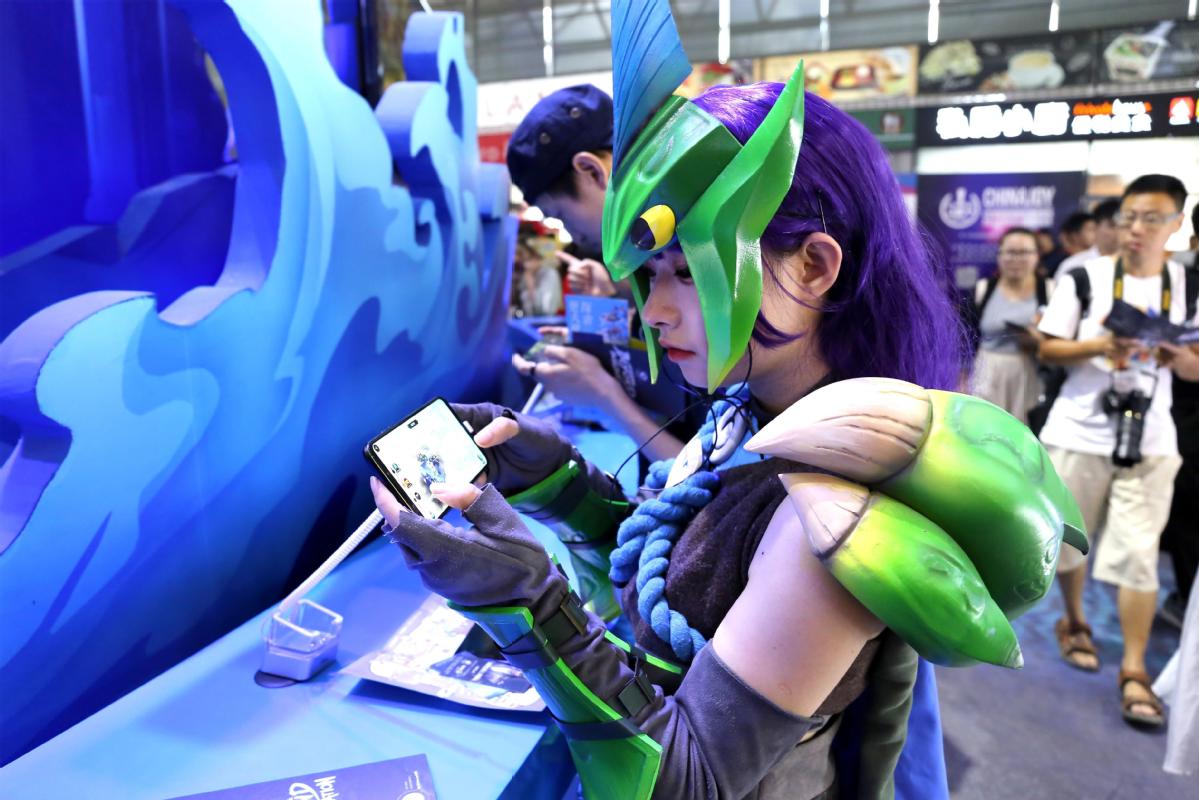 A cosplayer plays games on her mobile phone during an industry expo in Shanghai. (Photo: CHINA NEWS SERVICE)

Mobile gaming was the key driving force for growth, accounting for more than 150 billion yuan of revenue and for over 60 percent of the Chinese games market. Mobile game revenues grew by 13 percent on an annualized basis this year, compared to the 15.4 percent increase in the same period a year ago.

"China's gaming industry enjoyed rapid development during the past five years, on the back of an explosive growth in mobile games," said Lu Xiaoyin, chief executive officer of the games segment of Perfect World Co Ltd, a Chinese entertainment firm.

"Due to the slower growth in the number of mobile game players, the gaming market is gradually reaching a saturation point."

Against the backdrop, gaming companies need to shift their focus from rapid expansion to refined management, paying more attention to high-quality games and catering to players growing demand for new genres such as casual games, Lu said.

According to the report, China is now the global leader in mobile gaming and accounted for more than 30 percent of the world's overall mobile gaming market this year. Gamma Data expects to see a growing number of Chinese gaming companies expanding their business to more overseas markets.

Lu from Perfect World said that while the Chinese market tends to be saturated, the overseas mobile gaming markets are still poised for rapid growth.

"Personal computer games and console games were previously the main segments in the global gaming market," Lu said. "Due to the rising popularity of smartphones globally, the number of mobile gamers has been growing steadily in overseas markets."

This year, Chinese developers earned $11.19 billion from their self-designed online games in overseas markets, up 16.7 percent year-on-year, according to Gamma Data.

"With the disappearing demographic dividend in the domestic market and the rapid development of overseas markets, Chinese gaming companies are gearing up to expand their businesses globally," the company said.

In fact, many Chinese gaming companies have already been reaping the rewards.

According to the report, the self-designed mobile game turnover of Chinese companies is growing faster than that of the local market in countries like the United States, Japan, South Korea, the United Kingdom and Germany.

"Taking into account the competitive advantages of their self-developed products, we expect Chinese gaming companies to gain more revenues and development opportunities in the global market," Gamma Data said.