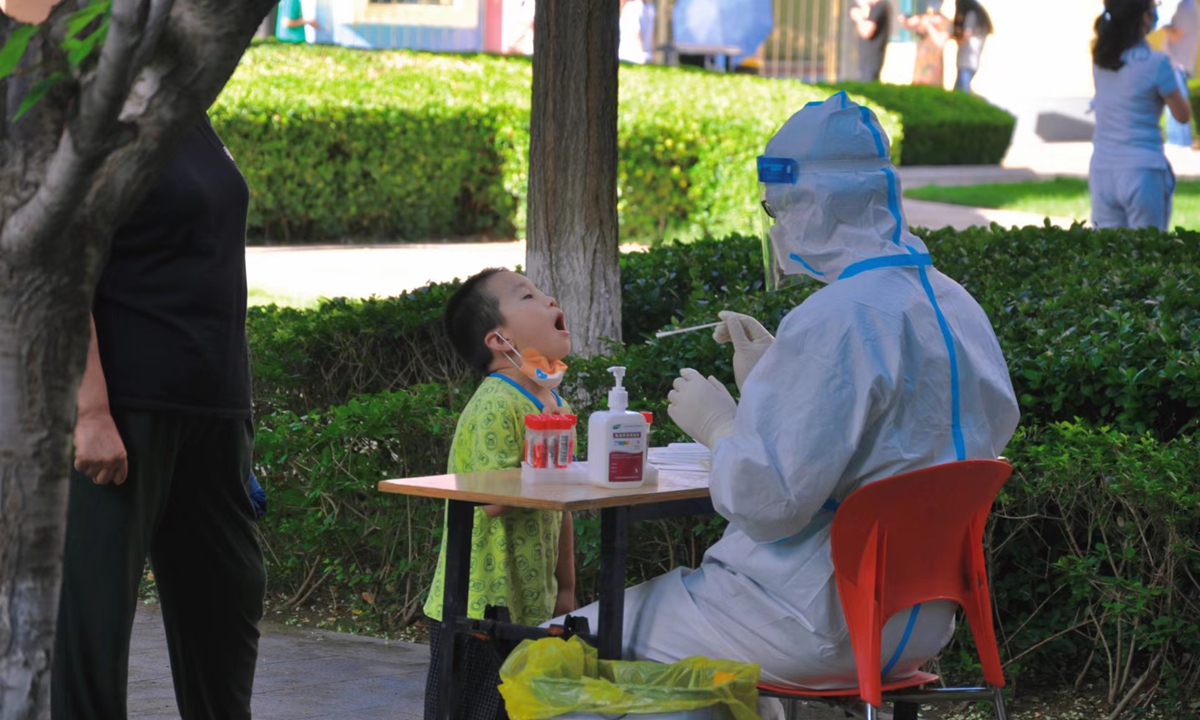 The treatment of COVID-19 patients will be given priority and a makeshift hospital with 1,500 beds will be constructed for reservation, the authorities in the Gannan Tibetan Autonomous Prefecture in Northwest China's Gansu Province announced on Monday during a meeting about the deployment of the combat against the latest flare-up in the region.

During the meeting of epidemic prevention and control work held on Monday, Ren Zhenhe, governor of the province, urged the three regions to adhere to the dynamic zero-COVID policy and concentrate forces to combat the epidemic by focusing on communities and quarantine sites.

As one of the epidemic hard-hit regions in Gansu, the situation of epidemic prevention and control in Gannan remains grim.

As of Tuesday, Gannan has registered accumulated 29 confirmed cases and 408 asymptomatic infections in this flare-up.

As of Tuesday, there have been 29 high-risk areas and 34 medium-risk areas in the prefecture.

On Tuesday evening, a meeting hosted by Yu Chenghui, Party chief of the prefecture on the deployment of epidemic prevention and control work was held in Gannan.

Yu urged to step up efforts by expanding the range of screening among the people in quarantine and people at risk, trying to clear all the infections at communities and in quarantine sites.

Yu set up a goal to realize sporadic increase by Thursday and realize dynamic zero-COVID in five days by focusing on the management of quarantine sites.

Meanwhile, the treatment of the patients should be given priority with the best medical resources, the best treatment plans and multiple therapies combined to intensify efforts to eradicate the disease, achieving the goal of more people being cured than those hospitalized.

Yu also said that no less than 60 rooms should be built for every 10,000 people. A total of 1,500 quarantine rooms and a makeshift hospital with 1,500 beds should be built to avoid overcrowding in medical institutions and overwhelming medical resources at critical moments, according to Yu.

Further efforts should be made in epidemiological survey and nucleic acid testing to prevent the coronavirus from re-entering the region and cause a new epidemic, Yu said.