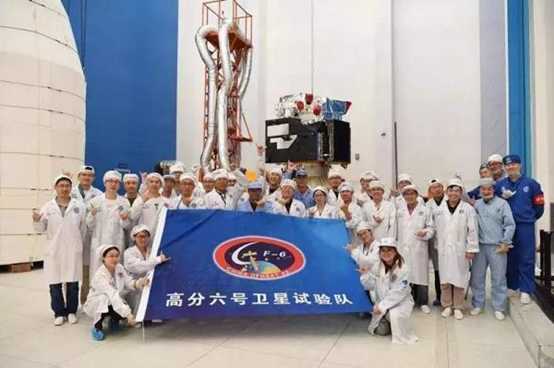 No ground-air high resolution observation system was available to China before the Gaofen project. Now data from Gaofen satellites has replaced foreign data, with a self-sufficient rate of 80 percent, noted Tong.

The Gaofen-6 satellite was launched on June 2. It can cover a large area of the Earth with high resolution images and is mainly used in agricultural resources research and disaster monitoring, according to the report of the Xinhua News Agency.

The Gaofen-5 satellite was launched on May 9.

The Gaofen-5 can monitor the atmosphere, water and Earth's surface for pollution, providing the most comprehensive observation data compared with other Chinese remote sensing satellites, Li Zhengqiang, an expert at the Chinese Academy of Sciences' Institute of Remote Sensing and Digital Earth in Beijing, told the Global Times in a previous interview.

The Gaofen-5 and Gaofen-6, together with previous Gaofen series satellites have formed a constellation in orbit, giving China an increasingly clearer view of the Earth, according to Xinhua.

"From the Gaofen satellites, we can expect China's military surveillance and remote sensing satellites to have similarly strong performance," Song Zhongping, a military expert and TV commentator, told the Global Times on Monday.