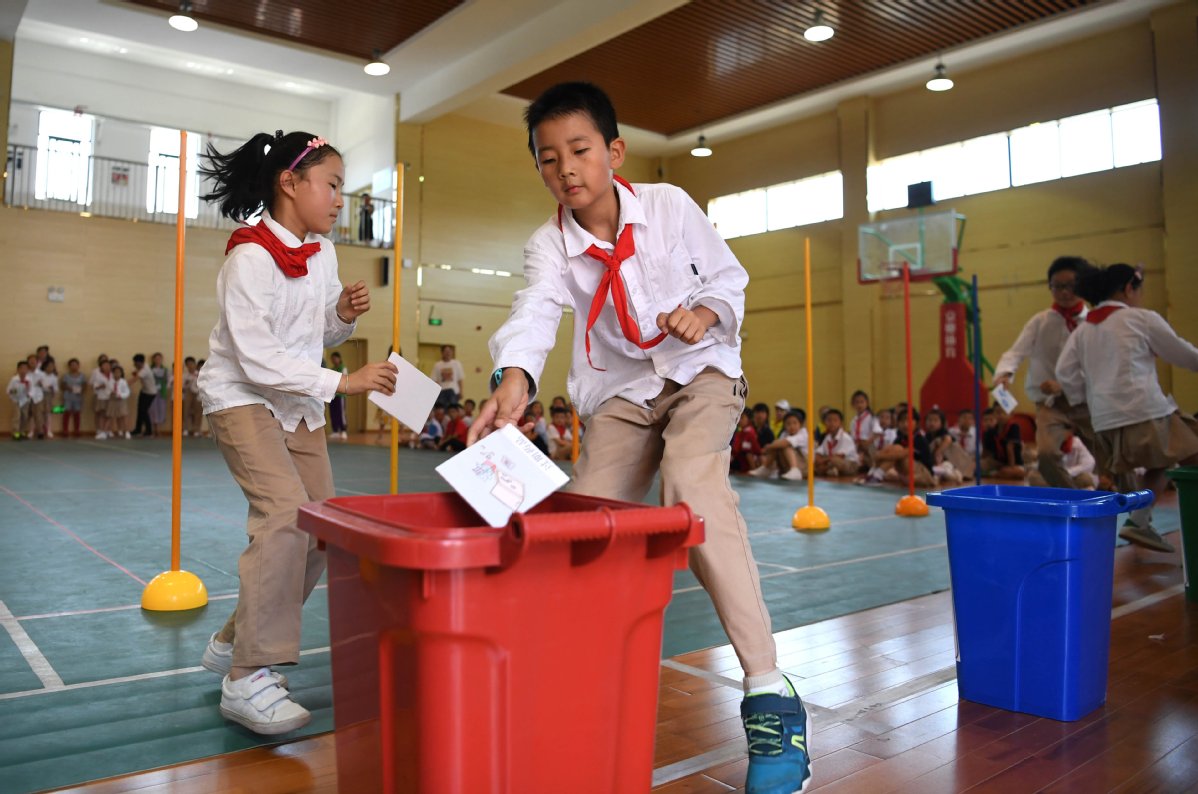 Students at a primary school in Hefei, Anhui province, compete in a game to better understand garbage sorting. (Photo: Xinhua)

Authorities attempt get the waste-management message across via fun activities

As Shanghai prepared to introduce mandatory garbage sorting on July 1, games and toys that explored fun ways to spread information about the practice were used to encourage younger people to take heed.

A 15-second video of a virtual reality game went viral on Chinese social media during the run-up to the introduction of the new rules. In the video, players wearing VR headsets saw four different types of trash can in front of them, and they had to throw different types of garbage that appeared into the appropriate buckets to score.

The game debuted at the Mobile World Congress Shanghai at the end of last month. Although it was not the only VR game in the venue, visitors lined up around the booth to explore it because of the garbage-sorting theme.

"As a Shanghai resident, I am in great need of this game. Maybe I won't need to check how to categorize each piece of garbage on my phone while going through all my garbage every day if I play this game more often," said Zhou Zhou, a young Shanghai resident.

Some social media users in Shanghai have complained about the difficulty of sorting different types of garbage.

Wu Xia, founder and CEO of VitrellaCore, the company that created the game, said the idea was to provide an interesting way of learning about garbage sorting.

"It's simple and easy to understand. Residents can practice sorting garbage without actually going through their trash, and it is a more effective method than using paper materials when training volunteers," Wu said. 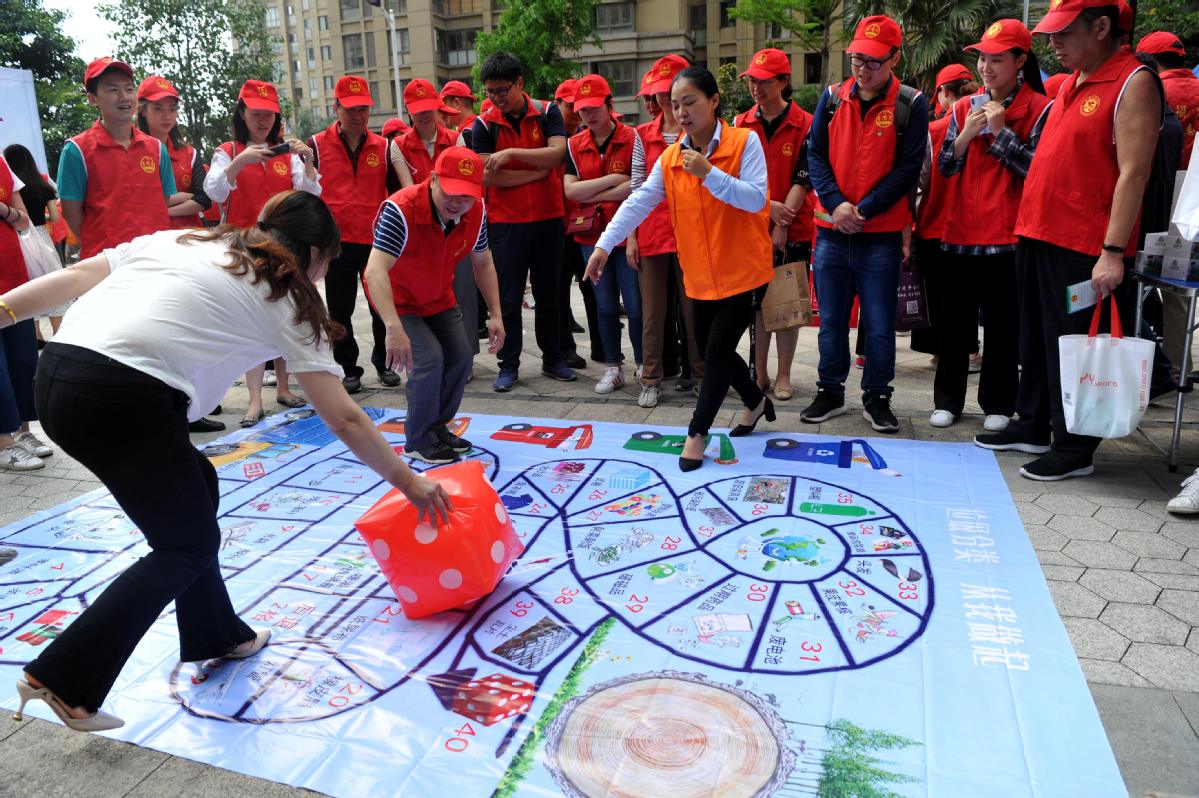 Shanghai is widely promoting a mandatory garbage-sorting system that requires residents to dispose of trash at a fixed time and place. There is a designated garbage disposal site for every 300 to 500 households, where volunteers carefully check whether domestic waste has been sorted correctly.

Starting on June 1, the city enacted a set of regulations on the sorting and recycling of household garbage that require residents to sort trash into four kinds: dry refuse, wet trash, recyclable waste and hazardous waste. People who fail to comply can be fined up to 200 yuan ($29).

Wu said many streets and neighborhoods have expressed a willingness to cooperate, and the company hopes to launch VR games in more places for residents to play free of charge.

On Taobao, the e-commerce behemoth owned by Alibaba, sales of a garbage-sorting toy rose dramatically on June 30, the day before the new regulations came into force. The toy consists of four miniature sorting bins, with cards representing different types of garbage.

Most of the buyers were from Shanghai, and stocks of the toy almost ran out, according to a customer service representative.

Mao Qing, director of a community cultural activity center in Changning district, said: "Most garbage-sorting volunteers are retirees, while young people are less involved. These innovative methods can win young people's hearts and make them feel that garbage sorting is fun rather than a burden."

Recently the residents have enjoyed a mobile game called "Race Against Time". Over 45 seconds, players are required to use a trash can to accurately catch garbage belonging to the can's category. Successful players can participate in a lucky draw.

Fan Weicheng, deputy director of the Shanghai Oriental Publicity and Education Service Center, the developer, said about 21,000 people have played the game since it was launched early last month.

"We often see seniors gathering around garbage-sorting information boards in residential communities, but young people are hardly ever there," Fan said. "We hope to involve more young people through mobile games."

Wu, from VitrellaCore, said his company's VR game will soon be launched on the Steam platform and Tencent's WeGame platform.

"There will be more types of garbage and more gameplay at a later time, but the core of the game will always be to teach people about garbage sorting in a fun way," Wu said.