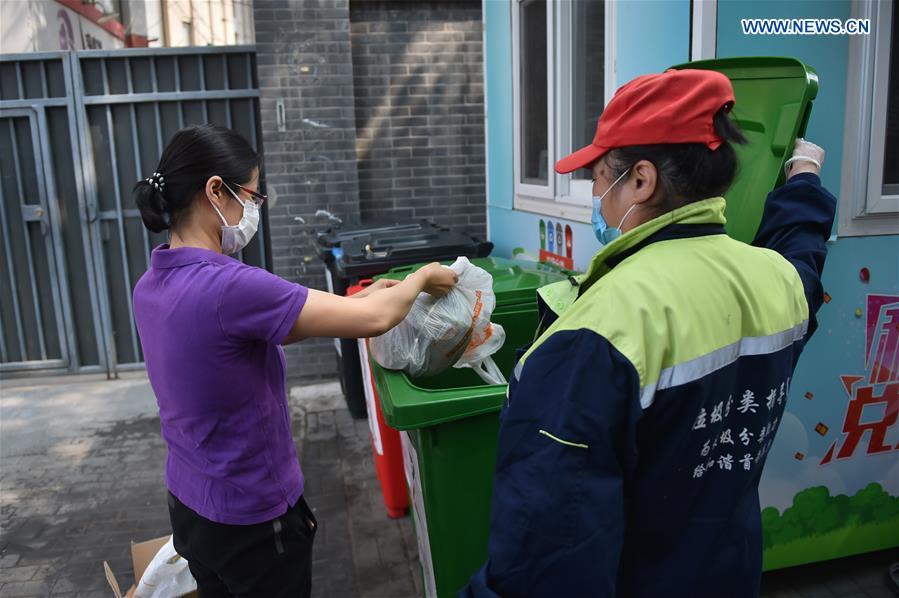 A community worker (R) helps a resident with garbage sorting in Beijing, capital of China, May 2, 2020. (Photo: Xinhua)

The daily amount of household kitchen garbage in July stood at 1,764 tonnes, 470 percent higher than the daily average in late April in the city, said Zhang Yan, deputy director of the city's commission of urban management.

Meanwhile, the daily amount of other waste -- the trash besides the categories of kitchen, recyclable and hazardous -- dropped 26 percent year on year to 19,960 tonnes in July, Zhang said at a press conference.

According to Zhang, Beijing has 44 household waste treatment facilities, with a total designed treatment capacity of 32,711 tonnes per day.

Starting May 1, Beijing joined a club of Chinese cities to carry out mandatory garbage sorting in fresh efforts to protect the environment.

Wen Tianwu, deputy chief of the municipal comprehensive law-enforcing bureau of city administration, said by the end of July, nearly 7,000 violations related to household garbage classification had been investigated and penalized.