Every day at 7 am, Chen Yuqing, 66, embarks on a boat loaded with liquefied gas cylinders.Chen crosses the Baiyangdian Lake in Hebei Province to the village of Quantou in Anxin county.Anxin county was incorporated into the Xiong'an New Area, established in April 2017 by China's central government as a vanguard city for future development.Chen unloads cylinders at the wharf, puts them on a trike and rides through the alleys of Quantou selling gas.Chen makes a little more than 100 yuan ($15.65) selling gas, mainly used by villagers for cooking.Burning coal is being phased out in rural areas of Xiong'an. Other Hebei cities are also cutting down on pollution. In 2017, more than 30,000 village households in Xiong'an shifted to natural gas.Coal stoves and clay ovens have been forbidden in Quantou. Piped natural gas is instead used for heating and liquefied gas for cooking. Chen can expect business to improve in the years to come.Global Times 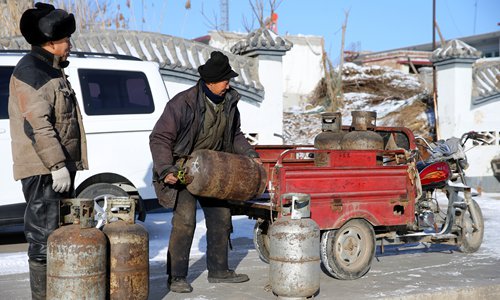 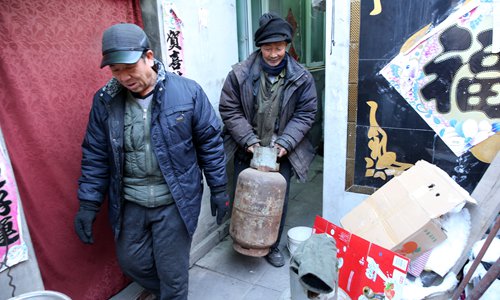 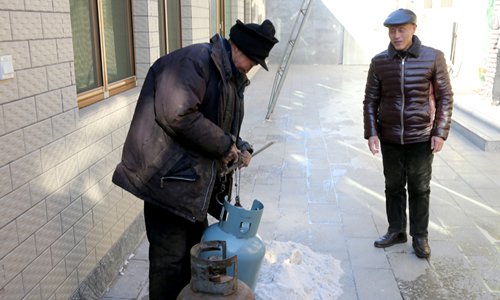 The cylinders are weighed to determine the volume and price of gas. Photo: VCG 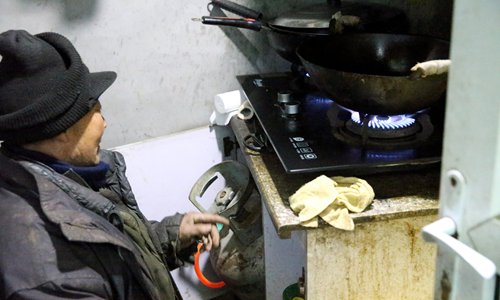