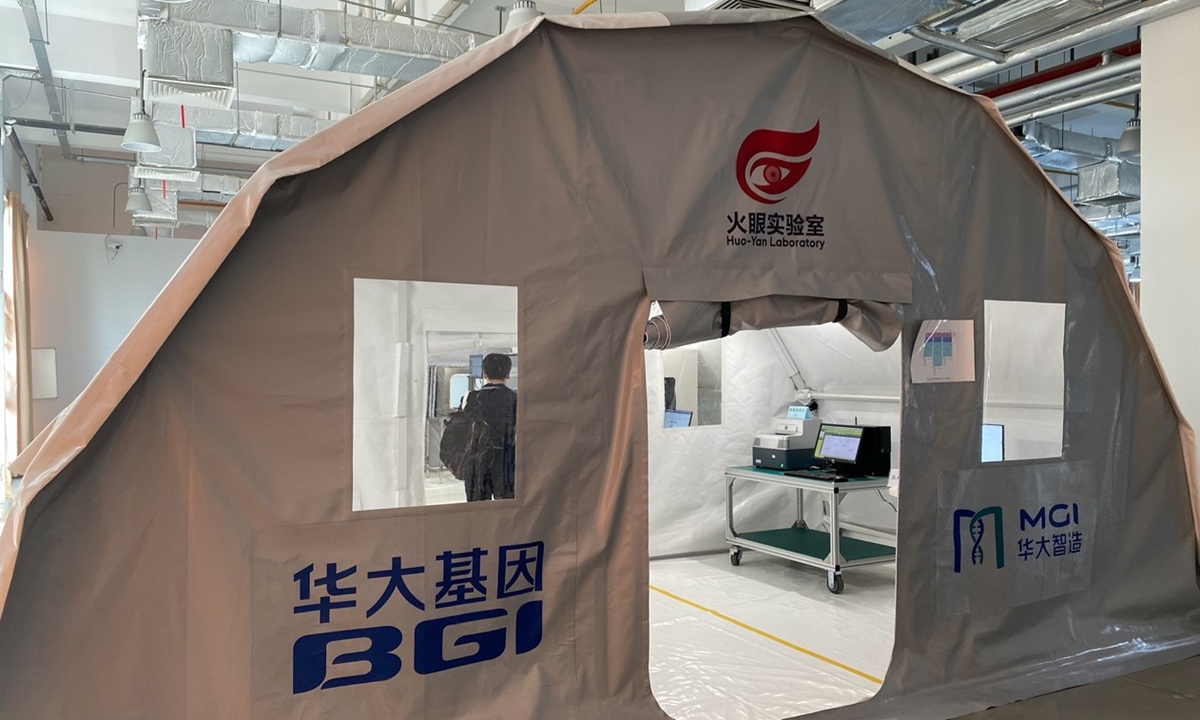 Chinese genomics firm BGI Group refuted Western media accusations that it has deep links to the Chinese military, as Chinese experts said it is malicious speculation and would do nothing more than hamper the US' domestic mass nucleic acid testing program as BGI is a major provider of COVID-19 testing kits.

BGI stressed that the group had no government capital in a statement to the Global Times on Sunday as a Reuters report on Saturday claimed that the group had deep links to the Chinese military - including research with China's top military supercomputing experts - once again hyping so-called concerns over Chinese companies collecting personal data of foreign clients and providing it to the Chinese government.

"BGI reiterates that its collaboration with universities and other research institutes around the world adheres to the highest expectations and requirements related to open science, data sharing and genomic research and benefits public health in the world community," read the statement.

The Reuters' report is "malicious speculation" against the Chinese company and the Chinese military, Ni Feng, deputy director of the Institute of American Studies of the Chinese Academy of Social Sciences, told the Global Times on Sunday.

"Maybe the US used their companies to collect other countries' data so they take it for granted that other countries would do the same," Ni said, noting that such malicious speculation would do nothing but harm to the US' domestic anti-epidemic procedure if it leads to the refusal of China's products.

BGI has sold millions of COVID-19 test kits outside China since the outbreak of the new coronavirus pandemic, including to Europe, Australia and the US, according to the Reuters report.

"We'd like to state that during this time of an unprecedented global public health challenge, organizations and scientists around the world have mobilized all possible resources to find a solution and help human wellbeing, no exceptions to those in China," BGI said in the statement sent to the Global Times on Sunday.

The world is struggling with the deadly COVID-19 pandemic but some US media and politicians are still politicizing China's anti-epidemic products and conducting political suppression of Chinese companies while nearly 440,000 US people had died of the novel coronavirus, which shows a disregard for life, Chinese observers noted.

According to the Johns Hopkins University website, global COVID-19 infections have exceeded 102 million as of Sunday with more than 20 million in the US.

In October, some US diplomats and security officials were reported to have privately warned the state of Nevada not to use Chinese-made coronavirus test kits donated by the United Arab Emirates, citing concerns about patient privacy, test accuracy and Chinese government involvement.

In response, BGI said that they had no access to either patient samples or data, noting that they take all aspects of patient data protection, privacy and ethics extremely seriously.