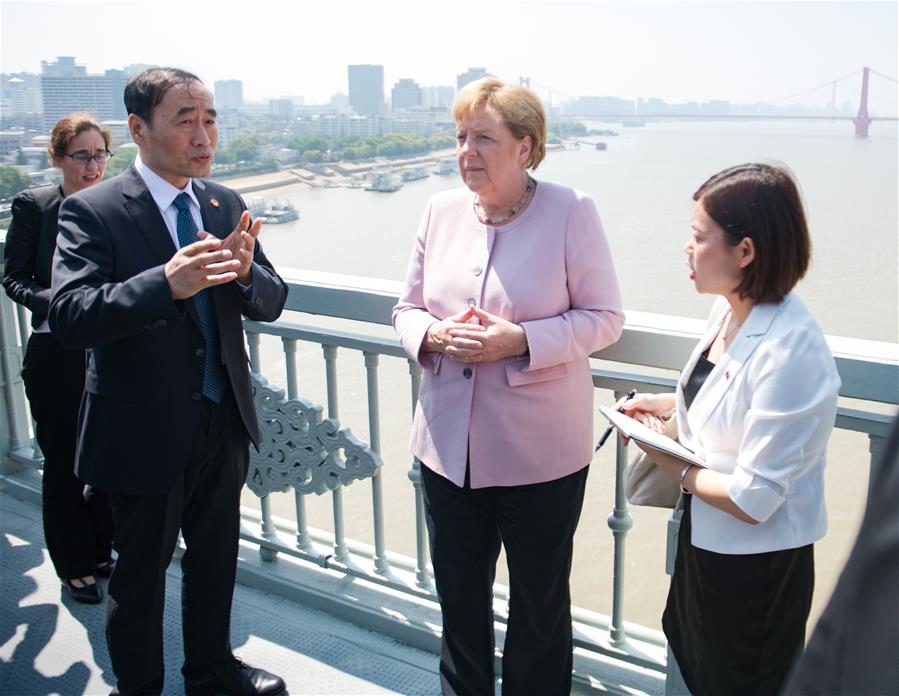 Before Wuhan, capital city of Hubei province, Merkel had visited a number of cities besides Beijing during her China trips in the past.

When talking with students of Huazhong University of Science and Technology, Merkel highlighted the importance of international cooperation in the era of globalization, and called on the students to be participants.

Saying that a nation's prosperity is part of the prosperity of the whole world, she voiced her hope that students should shoulder common responsibilities to combat global challenges.

In the speech, Merkel reviewed her past trips to China. In Shenyang, she witnessed economic upgrading. In Chengdu she learned about development of western China. In Shenzhen she saw remarkable progress brought by the reform and opening-up.

She said quite a few noted German companies including Siemens, and small and medium-sized innovation enterprises are operating business in Wuhan. Wuhan and Duisburg became the first pair of sister cities between China and Germany in 1982.

Before wrapping up her trip, Merkel also visited a local hospital and a factory of the German company Webasto.