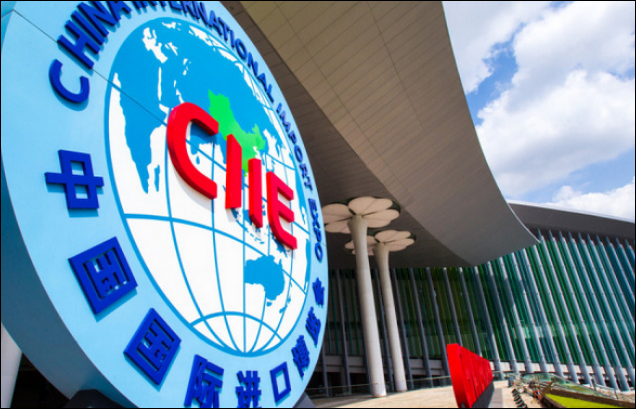 A large number of German companies has announced their participation in the first China International Import Expo (CIIE), to be held in Shanghai from November 5 to 10, aiming to seek new business opportunities.

Lothar Herrmann, CEO of Siemens Greater China, told Xinhua in a recent written interview that Siemens hopes to enhance exchanges with partners and customers from across the world, and add new momentum to global economic development through this new platform of CIIE.

"This year marks the 40th anniversary of China's historical opening and reform. The CIIE is a strong gesture of China to commit to continuing opening-up in a new era of globalization," Herrmann said.

"As a long-standing partner for China, Siemens welcomes and appreciates China's efforts in opening-up," he added.

Another German exhibitor Bayer also told Xinhua that it expects to take this opportunity to show visitors about Bayer's strategy and products and to seek new cooperation possibilities.

"Hosting the CIIE is a major decision of China with a view to start a new round of high-level opening-up policies and an important initiative to open up its market to the world," Bayer said in a statement to Xinhua.

As a world-class high-end expo, CIIE will create adequate opportunities for the attending countries and corporate to display, exchange and cooperate, the statement read.

Bayer considers China as a crucial market for its global business strategy, and as an important driver for growth. It is optimistic about its future prospects in China and its ability to contribute to China's development through innovation and science.

Philippe Palazzi, chief operating officer and management board member of wholesale and food retail company Metro AG, said "China is an important growth market for Metro and we'd like to take the opportunity of CIIE to showcase our strength in imports and global sourcing, which is one of our core competences as an international player in food distribution."

"We also want to use such a great platform to enhance our exchange and communication with local customers, business partners and other stakeholders as we are committed to the long-term development in China," Palazzi told Xinhua, who will attend the Metro exhibition booth on behalf of the management board.

Palazzi also wishes to explore CIIE to discover more business partners for future cooperation in imports so that Metro will be further empowered to provide quality products to meet demands of Chinese customers.

Metro has also confirmed its participation in the next year's CIIE.

Meanwhile, German software corporation SAP also confirmed its participation and told Xinhua that CIIE provides a new platform for global businesses to collaborate and promotes common prosperity of the world economy and trade.

SAP believed that this event is a great opportunity to share its expertise as well as learn from others about the changing industry dynamics.

"We look forward to meeting companies we can collaborate with as we are always seeking to expand our ecosystem of partners," the SAP statement read.

The Association of German Chambers of Industry and Commerce (DIHK) assumes the role of CIIE's organizer in Germany and encourages German enterprises to showcase their competitive products and services through the new platform.

According to the Berlin-based association, a total of 170 German companies will participate in the upcoming CIIE.

CIIE will be an opportunity and an important gateway for German companies to enter the Chinese market, said Thomas Koenig, DIHK's East Asia Director.

"We are confident that CIIE is one of the first steps for making sure that there are good conditions for German companies to do business in China," he told Xinhua in a recent interview.

It is a wonderful opportunity for German companies to celebrate their successes in China already. So lots of companies that are established in China will showcase their talent and their products, Koenig said.

But it is also a wonderful opportunity for new German companies, which have so far not really discovered China's potential as a new destination for their products and ideas, he added.

So far, more than 2,800 companies from over 130 countries and regions have confirmed their participation in the CIIE.