Eimei, a giant panda that has lived in Japan for 28 years, was appointed a special envoy for Sino-Japanese friendship in western Japan on Saturday. 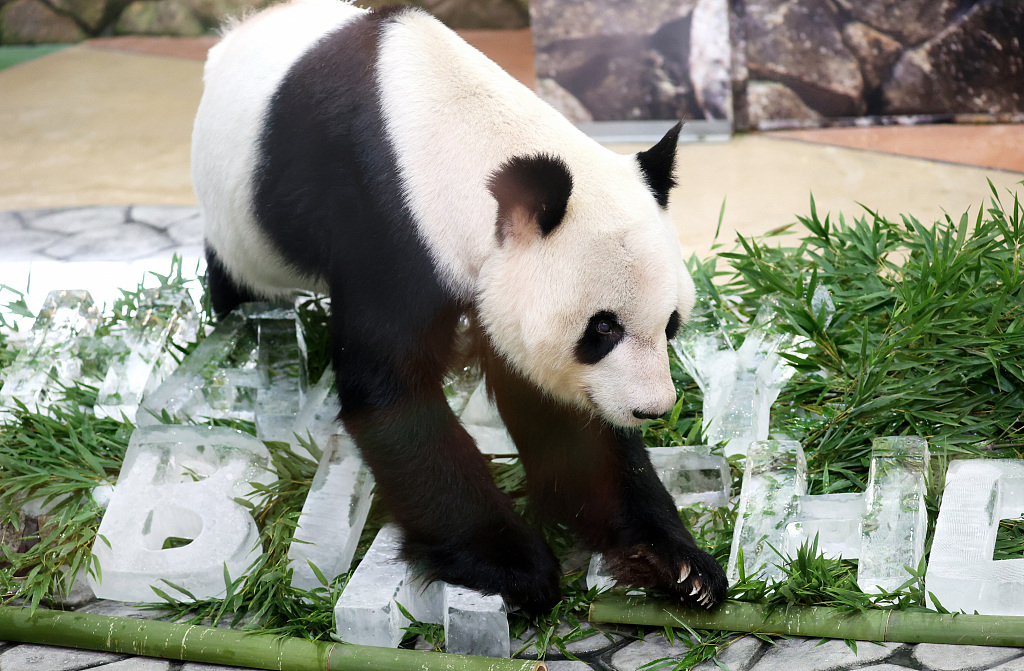 Giant panda Eimei looks curiously at ice blocks given to him as a present for his 30th birthday at Adventure World in Shirahama, Wakayama, Japan, September 14, 2022. (Photo: CFP)

This year marks the 50th anniversary of the normalization of China-Japan diplomatic relations and the first visit by a giant panda to Japan. Chinese Consul General in Osaka Xue Jian said that the giant panda plays a unique role in promoting friendship between the people of China and Japan and developing bilateral relations.

Xue announced the designation at a ceremony held on Saturday at Adventure World, an amusement park in Shirahama of Japan's Wakayama prefecture, where the panda resides.

Thanks to friendly cooperation between Adventure World and the research base of giant panda breeding in southwest China's Sichuan Province, Wakayama and Sichuan forged a prefecture-province friendship relationship in January this year, said Shuhei Kishimoto, governor of Wakayama prefecture, in a written speech.

In the future, Wakayama prefecture will continue to develop friendly ties established by Eimei and endeavor to promote exchanges between Japan and China, said the governor.

Adventure World has announced that Eimei will return to Chengdu Research Base of Giant Panda Breeding in February next year along with his twin daughters Ouhin and Touhin. There will be only four giant pandas in the park.