A giant sea turtle was rescued after it was found sick and stranded in a mangrove forest in Qingmei Harbor Mangrove Nature Reserve in Yalong Bay, South China’s Hainan Province on Thursday.

Local residents called police after spotting the sick reptile. The giant creature, which weighed over 100 kilograms, was found lying weakly amid the mangrove forest. Local police officers kept soaking the turtle with sea water to prevent dehydration and contacted the rescue team at the Sanya Haichang Ocean Park. 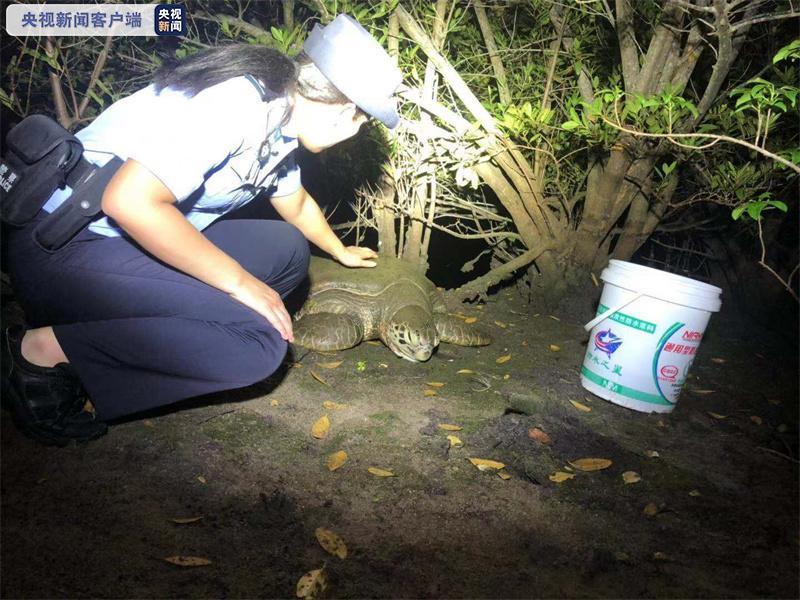 Rescue workers came to the site and identified it as a green sea turtle, which is listed as a Class I protect species in China.

After a preliminary examination, the green sea turtle was diagnosed with several illnesses and needed timely treatment. With joint efforts from the police and the rescue team, the turtle was sent to a nearby aquarium for further inspection and treatment.